His youngest son and three grandchildren were killed.

END_OF_DOCUMENT_TOKEN_TO_BE_REPLACED

Have you no shame, sir? HAVE YOU NO SHAME?

FINALLY, someone with the guts to tell the truth.

To read full article, copy title, paste in Google, and there it is…

END_OF_DOCUMENT_TOKEN_TO_BE_REPLACED

“U.S. prosecutors have joined regulators’ investigation into whether some high-speed traders are manipulating markets by posting and immediately canceling waves of rapid-fire orders, two officials said.

Justice Department investigators are “working closely” with the Securities and Exchange Commission to review practices “that are potentially manipulative, like quote-stuffing,” Marc Berger, chief of the Securities and Commodities Task Force at the U.S. Attorney’s Office for the Southern District of New York, said today at an event in New York.”

END_OF_DOCUMENT_TOKEN_TO_BE_REPLACED

She is leaving the carnival in favor of CNN. 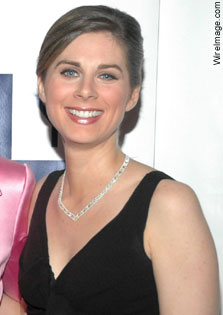 END_OF_DOCUMENT_TOKEN_TO_BE_REPLACED

RICO ACT 2.0; How Wall St May Have Violated The Law Again

Realistically we must be past 2.0, but were just talking about the past few years…

“……“Did Wall Street Violate the Racketeering Act …Again??” in regard to the pricing and potential manipulation of the credit derivatives market? Why has Wall Street fought the legislative and regulatory proposals to bring greater transparency into this corner of the casino? Why does Wall Street want to maintain its hegemony over the cash cow known as ‘credit derivatives’? Let’s navigate across the pond and review a probe of Wall Street’s CDS business by the EU. The European Union put out this official press release this morning,”

END_OF_DOCUMENT_TOKEN_TO_BE_REPLACED

Gold Jumps 2% On The Day; Silver Did Well Too

END_OF_DOCUMENT_TOKEN_TO_BE_REPLACED

Fri Apr 29, 2011 6:15pm EST Comments Off on Derivatives and Foreign Exchange Swaps Get to Hide in The Shade Like Criminal Activity

A major loss for transparency and the monitoring of risky derivatives….

“WASHINGTON (Reuters) – In a big win for business, the Treasury proposed on Friday to exempt commonly used foreign exchange swaps and forwards from new rules that have tightened oversight of other derivatives.

The Treasury Department said that forcing these derivatives through clearinghouses and onto exchanges was not necessary because existing procedures in the foreign exchange market mitigate risk and ensure stability.

Any disruptions to this market “could have serious negative economic consequences,” the department said.”

END_OF_DOCUMENT_TOKEN_TO_BE_REPLACED

BEIRUT – Security forces opened fire Friday on demonstrators trying to break an army blockade on the southern city of Daraa, while thousands of others across Syria defied a protest ban and denounced President Bashar Assad’s harsh crackdown on a six-week uprising. At least 42 people were killed, including 15 in the march on Daraa, according to witnesses and a human rights group.

The protesters in cities across Syria — including the capital of Damascus — called for Assad’s ouster, with some chanting “We are not afraid!”

Human rights activist Mustafa Osso said 42 people were killed, but the death toll could rise. His human rights group, based in Syria, compiles casualty tolls from the crackdown.

END_OF_DOCUMENT_TOKEN_TO_BE_REPLACED

Rumors are circling that Ahmadinejad has stopped showing up for work, possibly highlighting rifts growing in the Iranian power system.

The kernel of this event could be a falling out between Ahmadinejad and Supreme Leader Ayatollah Ali Khamenei.

END_OF_DOCUMENT_TOKEN_TO_BE_REPLACED

Copper has begun a potential retreat. Usually not a good sign for the world’s economy. Perhaps though it is in a rest mode.

END_OF_DOCUMENT_TOKEN_TO_BE_REPLACED

Not what the tv has it cracked up to be

END_OF_DOCUMENT_TOKEN_TO_BE_REPLACED

SunPower, the second-largest U.S. solar panel maker, described the acquisition price of $23.25 a share as a “friendly tender offer” in a statement yesterday after the close of regular trading. SunPower surged $6.08, or 38 percent, to $22.20 at 9:32 a.m. on the Nasdaq Stock Market.”

END_OF_DOCUMENT_TOKEN_TO_BE_REPLACED

This fellow is trying to set up a buy of the utra-short silver ETF. I wish him well and will kindly pick up his pieces and bury them after the train passes over.

END_OF_DOCUMENT_TOKEN_TO_BE_REPLACED

Frost and Hail May Send Coffee Up 40% According to Analysts

“Brazil, the world’s biggest coffee grower, is facing the risk of frost after hail this month, raising the prospect of a 40 percent jump in bean costs after Kraft Foods Inc. and J.M. Smucker Co. already increased prices.

The chance of frost in Brazil increased with the weakening of La Nina, a cooling of waters in the Pacific Ocean, Brazil’s Somar Meteorologia said this week. Frost in 1994 damaged 35 percent of the crop by 1997, sending prices up 39 percent that year, according to Somar. Should cold weather damage trees this year, coffee may rise to a record $4.20 a pound, the median in a Bloomberg survey of 11 analysts, traders and investors.”

END_OF_DOCUMENT_TOKEN_TO_BE_REPLACED

Average pump prices up another 2 cents on rigid supply

The average for gasoline looks like it could hit $4 this summer. Not that you needed a reporter for that.

The violence is Syria and Libya is still fueling the fire.

END_OF_DOCUMENT_TOKEN_TO_BE_REPLACED

The bailouts were probably needed and expected for that matter, but the free money spigot has produced a carry trade that only benefits a few. Also despite the bailouts one would expect the to big to fail should have been wound down and carved up for others to take their place.

END_OF_DOCUMENT_TOKEN_TO_BE_REPLACED

Fri Apr 29, 2011 10:57am EST Comments Off on Rising Prices Did Not Hurt Consumer Sentiment

“U.S. consumer sentiment rose in April as the sharp increase in gasoline prices was viewed as being temporary, a survey released Friday showed.

Even so, consumers still anticipated some additional price increases in the coming months, the Thomson Reuters/University of Michigan’s consumer sentiment survey showed. Complaints about high prices were the most frequent since 2008 and half of all households said their finances had worsened.

It was roughly inline with the median forecast of 69.9 among economists polled by Reuters.

The survey’s barometer of current economic conditions held steady with March’s reading of 82.5, while the survey’s gauge of consumer expectations rose to 61.6 from 57.9.”