END_OF_DOCUMENT_TOKEN_TO_BE_REPLACED

Alibaba ’bout to Make a Move on Yahoo

Sources say a bid is coming

Bidding war ? Blackstone and Bain Capital said to be interested too

END_OF_DOCUMENT_TOKEN_TO_BE_REPLACED

Sames as the Forbes speculation

END_OF_DOCUMENT_TOKEN_TO_BE_REPLACED

Would not be surprised. Also explains why such large blocks of call options went off Monday in the banking sector. Of course others will say that was a old man Buffett move of buying on death’s door.

END_OF_DOCUMENT_TOKEN_TO_BE_REPLACED

Q: Who is Looking After Foster Kids ? A: Not Uncle Sam

Like Second Mile foster kids are supposed to be getting a second chance in life. It seems though nobody at least in government really cares.

END_OF_DOCUMENT_TOKEN_TO_BE_REPLACED

This kid bagged his whale..so to speak

END_OF_DOCUMENT_TOKEN_TO_BE_REPLACED

China PMI Contracts For the First Time Since Feb’ ’09; Does This Spell More Easing ?

China’s PMI fell to 49 vs consensus of 49.8. Below 50 is considered recession or at least contraction for China given their enormous growth.

More importantly will this help China to continue easing ?

END_OF_DOCUMENT_TOKEN_TO_BE_REPLACED

The teen-apparel company reported net income of $24.11 million, or 30 cents a share, compared with $58.5 million, or 64 cents, a year ago. The results were ahead of average analyst estimates polled by Thomson Reuters of 28 cents.

Total net sales in the company’s e-commerce business increased 19% to $45.7 million from $38.3 million in the year-earlier period.

However, looking toward the fourth quarter, the company predicted earnings in the range of 35 cents to 38 cents a share, which is far below Wall Street’s view of 44 cents, and a sharp drop from 95 cents in the year-earlier period.

“We are not satisfied with our overall performance, and we remain cautious in our outlook,” Aeropostale CEO Thomas Johnson said.

The company is making incremental progress on its strategic initiatives by brining “more color and fashion” to its merchandise assortment, while managing inventories and controlling expenses, he said.

Despite persistent unemployment and shaky global markets, the retailer said its near-term focus will be to focus on executing holiday initiatives.
Read more: http://trade.cc/mciixzz1fFAQuwyR

END_OF_DOCUMENT_TOKEN_TO_BE_REPLACED

SIGN OF THE TIMES: Miami Locals Pose as Guests for Free Hotel Breakfast

​Times are tough, so many people are searching for hotels with free continental breakfasts.

Problem is, some of those eating aren’t guests, says Hampton Inn manager front desk clerk Alfonso Tobenas. That’s right. Folks walk into tourist hotels and pose as guests to gain access to morning chow. Who would do such a thing? Lots of people, according to local hotel insiders.

“It is what it is, bro, times are tough and they’re hungry,” Tobenas says. “They’re just trying to beat the system and save a buck. The first time you’re going to get away with it, the second and third time I’m going to ask you to leave.”

So how does Tobenas, who has worked five years at the hotel tucked away behind Dadeland Mall, spot the freeloaders? By the way they talk — they can’t hide that Miami accent — and by the way they dress. Tobenas can spot a real tourist from across the room.

Tobenas says some people even regularly rotate hotels for their free breakfasts, but he recognizes their faces after a while. When he spots them, he lets them eat free-of-charge so they let their guard down. Then he confronts them and asks for their room number. At that moment, they realize they’ve been found out and generally leave without incident.

If they keep coming back, he either charges $7.50 — the estimated cost of the breakfast per person for the hotel — or calls the cops and have them charged with trespassing, though not usually with theft.

END_OF_DOCUMENT_TOKEN_TO_BE_REPLACED

The Dow notched its largest gain since March 2009, as central banks announced a plan to make dollar funding cheaper for European banks.

The U.S. Federal Reserve and the central banks of the euro area, Canada, the U.K., Japan and Switzerland announced Wednesday that they had agreed to reduce the cost of offering dollar financing through swap arrangements.

“As Europe dithered, monetary policy makers acted, even if their ‘actions’ have more symbolism than significance,” said strategists at RBC.

“Markets breathed a huge sigh of relief,” they said.

China’s move marked the first time the central bank had cut the reserve ratio for such lenders since December 2008, and followed a modest easing for small rural lenders last month.

“The move will ease constraints on bank lending — the level of excess reserves had dropped very low. Specifically, the cut has the same impact on banks’ ability to lend as the injection of $63 billion of base money,” said Mark Williams, chief Asia economist, at Capital Economics.

Hong Kong-based economists at Nomura said that the fact the central bank eased policy wasn’t surprising, but added that the timing was unexpected, with Nomura having expected such a cut in January.

“The need for coordinated policy action with other central banks may have triggered the reserve requirement ratio cut. We believe the fact that the [required reserve ratio] cut occurred [Wednesday], together with actions from other major central banks, did not happen by chance,” they said.

END_OF_DOCUMENT_TOKEN_TO_BE_REPLACED

Fairholme Capital Had a Huge Day

END_OF_DOCUMENT_TOKEN_TO_BE_REPLACED

The markets blasted off today on the announcement that central banks will cut overnight lending rates by 50 basis points. We also had some decent data today.

What is unique is the fed will offer liquidity swaps in multiple currencies. The measures are only temporary. Very interesting commentary can be found here from JPM.

We also did less than a billion share on the NYSE….i know call me a bear.

Any way i thank the clam for giving me all my money back. 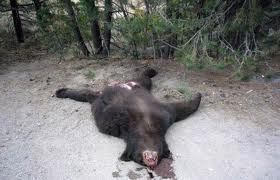 Another reason to audit the fed

END_OF_DOCUMENT_TOKEN_TO_BE_REPLACED

FedEx Continues to See Growth in the Economy

An interview with FedEx