Republicans slammed the White House Monday after the president’s budget director proposed paying for a $447 billion jobs bill with a string of tax increases that Republicans have long opposed.

White House Budget Director Jack Lew gave an overview Monday of how the president plans to keep his jobs bill deficit-neutral, as the administration sent the bill over to Congress. The proposals range from a limit on itemized deductions for high-income earners to provisions that would raise taxes on oil and gas companies as well as corporate jet owners.

House Speaker John Boehner spokesman Brendan Buck, noting the president has pushed these proposals before, suggested the president was getting off on the wrong foot.

“It would be fair to say this tax increase on job creators is the kind of proposal both parties have opposed in the past. We remain eager to work together on ways to support job growth, but this proposal doesn’t appear to have been offered in that bipartisan spirit,” he said in a statement.

House Republican Leader Eric Cantor’s office sent out an email after the briefing titled: “Beware of the Tax Man.”

END_OF_DOCUMENT_TOKEN_TO_BE_REPLACED

Italy in Talks With China Fund to Buy Bonds.

END_OF_DOCUMENT_TOKEN_TO_BE_REPLACED

It is a regular killing machine.

WARTIME FLASH: AMERICAN TROOPS NOW ON THE GROUND IN LIBYA

Despite repeated assurances from President Obama and military leaders that the U.S. would not send uniformed military personnel into Libya, four U.S. service members arrived on the ground in Tripoli over the weekend.

According to Pentagon spokesman Capt. John Kirby, the four unidentified troops are there working under the State Department’s chief of mission to assist in rebuilding the U.S. Embassy.

Kirby noted the embassy in Tripoli was badly damaged during the conflict between Muammar Qaddafi’s forces and the rebels.

END_OF_DOCUMENT_TOKEN_TO_BE_REPLACED

No word on whether they are interested in 10yr Greek bonds yet.

END_OF_DOCUMENT_TOKEN_TO_BE_REPLACED

FLASH: THE NEXT BUBBLE IS BURSTING

The number of borrowers defaulting on federal student loans has risen substantially, highlighting concerns that rising college costs, low graduation rates and poor job prospects are getting more and more students over their heads in debt.

The national two-year cohort default rate rose to 8.8 percent last year, from 7.0 percent in fiscal 2008, according to figures released Monday by the Department of Education. The latest figures show the percentage of the more than 3.6 million borrowers whose first payments came due in the year starting October 2008 – at the height of the financial crisis – and who defaulted before Sept. 30, 2010.

END_OF_DOCUMENT_TOKEN_TO_BE_REPLACED

In a letter to the White House, nearly 60 executives and former Treasury officials spanning several administrations said Obama should call for large-scale cuts to stabilize the U.S. debt as a share of the economy.

END_OF_DOCUMENT_TOKEN_TO_BE_REPLACED

British Banks About to Get Regulated Like Hell (Hugh Hendry Smirks)

Mon Sep 12, 2011 11:41am EST Comments Off on British Banks About to Get Regulated Like Hell (Hugh Hendry Smirks)

Britain’s banks face some of the world’s toughest regulations under reforms outlined on Monday that require them to insulate their retail lending activities and store up billions in extra capital.

Finance minister George Osborne said he would fast-track legislation based on the proposals from the Independent Commission on Banking (ICB), which could cost the industry up to 7 billion pounds ($11 billion) a year.

The purpose of the reforms is to avoid a repeat of the financial crisis, when massive injections of government cash were required to bail out two of Britain’s biggest lenders, Lloyds and Royal Bank of Scotland.

“We’re getting right up there with the Swiss in terms of having the most onerous capital regime,” said Jane Coffey, a fund manager at Royal London Asset Management.

In its report, the ICB insisted banks hold core capital of at least 10 percent of risk-weighted assets in their domestic retail operations.

They will have to hold a further 7 to 10 percent of capital that can be in the form of “bail-in” bonds — which take a loss or convert into equity to recapitalize a bank if it hits trouble — giving a requirement they hold a total of primary loss-absorbing capital of between 17 and 20 percent, a level only the Swiss also plan to introduce.

By comparison, new global regulation due to come into force in 2019 asks banks to hold a minimum of 7 percent in quality capital, or a likely 9.5 percent for the biggest institutions.

The ICB estimated the annual pretax cost of its proposals for Britain’s banks at between 4 billion and 7 billion pounds and recommended the reforms be completed by 2019, to take into account the current economic environment.

The British government backed the report, saying it would help boost the economy and protect taxpayers.

“(ICB head) John Vickers himself sets out a timetable, and I intend to stick to his timetable. So he says let’s have all the changes in place by the end of this decade,” said Osborne.

“There are a lot of changes involved — that is why it will take some time — but let’s get the legislation through in this parliament,” he added.

Business minister Vince Cable from the Liberal Democrats, the junior party in the government, also backed the report, reducing fears that disagreement among the coalition partners could hold up legislation.

Britain’s “Big Four” banks — Barclays and HSBC as well as Lloyds and RBS — have fought against tough new regulation on top of EU and global reforms. They form a powerful lobby since financial services contribute about 10 percent to the UK economy.

“The banking industry … is a much more important component to the UK than it is to other countries, which is why the gold-plating of the regulatory regime which is being implemented globally has to be sensible and not push us into a corner where the banking industry here is uncompetitive,” said David Miller, fund manager at Cheviot Asset Management.

Barclays and RBS are expected to be hardest hit by the reforms because they have the biggest investment banking units.

The report was better news for Lloyds as it backed away from an earlier recommendation that it should sell more branches than the 632 regulators have told it to offload following its absorption of Halifax parent HBOS during the crisis.

By 1330 GMT British bank shares had bounced from an initial slump to outperform their European peers, which were pummeled by worries about their exposure to euro zone debt.

Shares in Barclays were up 0.1 percent, Lloyds was up 0.4 percent, RBS was off 0.5 percent, and HSBC was down 2 percent. The broader European bank sector was down 3.3 percent.

The proposals will impose a ring-fence limiting the extent to which a bank can use money in its retail arm to fund investment banking activities, thus increasing its funding costs, which will likely hit its profits and possibly make it harder to lend to businesses.

HSBC, Standard Chartered and Barclays have all said they could leave Britain if regulations become far more onerous than elsewhere.

Vickers downplayed that threat, saying the cheaper funding for investment banking due to an implicit government guarantee had to be removed, and other reforms did not undermine London’s competitiveness.

“If a bank effectively says I’m here because I get a UK taxpayer subsidy and without that I don’t want to be here, then it’s not a good idea for the UK to say please stay, we’re quite happy to subsidize you,” Vickers said.

Consumer deposits and small business lending must be inside the cordon, but banks will have some flexibility on what else should be included.

“There are real concerns that ring-fencing may limit banks’ ability to lend to small businesses,” said John Longworth, director general of the British Chambers of Commerce.

Between 1 trillion and 2 trillion pounds’ worth of assets is likely to be held inside the ring-fence.

British banks have total assets of 6 trillion pounds, four times the size of UK GDP. Two of them, RBS and Lloyds, were partly nationalized following the financial crisis, and a third, Northern Rock, was fully nationalized.

As a result the government now has stakes of 83 percent and 41 percent in RBS and Lloyds.

Texas Gov. Rick Perry isn’t shying away from the Social Security fight. In fact, he’s facing it head on.

Though his comments calling the popular program a “Ponzi scheme” have unleashed a slew of criticism from all sides, Perry has continued to defend his comments, even penning an op-ed in USA Today on Monday explaining his line of thinking.

END_OF_DOCUMENT_TOKEN_TO_BE_REPLACED

READ MY LIPS: NO NEW JOBS

END_OF_DOCUMENT_TOKEN_TO_BE_REPLACED

FLASH: SocGen Closing at the Lows

Down over 14% on the day on rumors of a “Lehman style” blowup in the works.

END_OF_DOCUMENT_TOKEN_TO_BE_REPLACED

Nobody is saying there is anything conclusive, but if you do not ask questions then you are a contribution to the problem!

With that said and coin banked with some short covering this morning it is time….your president is speaking to listen up! 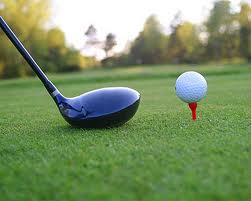 END_OF_DOCUMENT_TOKEN_TO_BE_REPLACED

Lawsuits mean nothing if nobody goes to jail. Otherwise it is tax payer money that is being used to appease lawsuits for true gangster criminals…..

END_OF_DOCUMENT_TOKEN_TO_BE_REPLACED

Mon Sep 12, 2011 10:47am EST Comments Off on Bond Yields Indicate Current Uptrend in the Credit Cycle is Dead

END_OF_DOCUMENT_TOKEN_TO_BE_REPLACED

Economist Eichengreen: Europe doesn’t have months, much less years, to resolve its crisis because it’s mere days away from disaster. ”

Days….what is the ECB waiting for ?