Early on Saturday in Far Rockaway, a coastal area of New York City devastated by the storm surge, more than 500 people lined up with empty fuel cans.
Word had spread Friday night that a tanker truck carrying 8,000 gallons of free gasoline was to arrive around 10am.
The fuel was delivered under the auspices of the Fuel Relief Fund and apparently funded by an anonymous donor.
‘The guy didn’t want his name used, but he wanted to get gas to these people,’ said a New York Police Department captain, who declined to give his name because he was not authorized to speak to the media. ‘Pretty decent thing to do,’ he said. ‘These people need it bad.’

END_OF_DOCUMENT_TOKEN_TO_BE_REPLACED

George Bush For President, Yet Again!

The Bushes are very clever.

ATTENTION LIBERALS: Prepare to be ruled by George P. Bush, the hispanic version. 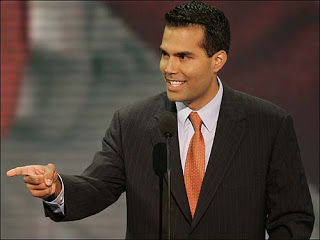 George P. Bush, a nephew of former President George W. Bush and son of one-time Florida Gov. Jeb Bush, has made a campaign filing in Texas that is required of candidates planning to run for state office, an official said Thursday night.

The younger Bush, a Fort Worth resident, filed a campaign treasurer appointment Wednesday, a requirement for someone to become a candidate under campaign finance law, Tim Sorrells, general counsel for the Texas Ethics Commission, told The Associated Press.

Sorrells said the report does not specify what office Bush might seek, if any, and he had no other details on the filing, which wasn’t available online. Bush did not immediately reply to an email seeking comment, and no phone listing for him could be found.

END_OF_DOCUMENT_TOKEN_TO_BE_REPLACED

“Ignoring the cost of care is no longer tenable,” they wrote. ”Soaring spending has presented the medical community with a new obligation. When choosing treatments for patients, we have to consider the financial strains they may cause alongside the benefits they may deliver.”

Sanofi executives argued that the price they had set was very similar to that of Avastin. “The intent was not to charge a premium,” Christopher A. Viehbacher, the chief executive of Sanofi, said in an interview last month.

END_OF_DOCUMENT_TOKEN_TO_BE_REPLACED

U.N. delegates and gun control activists have complained that talks collapsed in July largely because Obama feared attacks from Republican rival Mitt Romney if his administration was seen as supporting the pact, a charge Washington denies.

The month-long talks at U.N. headquarters broke off after the United States – along with Russia and other major arms producers – said it had problems with the draft treaty and asked for more time.

But the U.N. General Assembly’s disarmament committee moved quickly after Obama’s win to approve a resolution calling for a new round of talks March 18-28. It passed with 157 votes in favor, none against and 18 abstentions.

END_OF_DOCUMENT_TOKEN_TO_BE_REPLACED

$VHC: The Fuse Has Been Lit

On November 6th a jury in Tyler, Texas, unanimously found Apple (AAPL) infringed on multiple claims in VirnetX’s (VHC) ‘135 patent, ‘151 patent, ‘504 patent, and the ‘211 patent. The jury also found that Apple did not provide clear or convincing evidence that any of the asserted claims in the above listed patents were invalid. The jury then proceeded to award VirnetX a $368,160,000 judgment for past infringement by Apple.

The match has been struck, the fuse has been lit and is burning straight for a massive powder keg.

What kind of high-explosive powder is in that keg?

1. Future licensing revenue from Apple. The Honorable Judge Leonard Davis, who presided over the trial, has ordered VirnetX and Apple to attend mediation by December 14, 2012 to hopefully work out a future licensing agreement (if they cannot work it out Judge Davis will decide for them). Apple’s latest quarterly revenues were $36B while selling 26.9M iPhones and 14M iPads (just two of the infringing products). The potential licensing revenue that VirnetX would receive for licensing a fraction of that revenue that uses VirnetX technology at VirnetX published rates would dwarf the past infringement damage award.

2. Cisco (CSCO), Avaya, and Siemens (SI) are scheduled to appear in the same court room with the same judge in March of 2013 to face alleged infringement of VirnetX patents. I cannot believe after VirnetX has successfully asserted its intellectual property in two separate court cases against Microsoft (MSFT) in 2010 for a $200M judgment and now Apple in 2012 for a $368M judgment plus yet-to-be-determined future royalties, survived multiple patent re-exams with every single claim intact, and has licensed Aastra, Mitel, NEC, and Microsoft that Cisco, Avaya, and Siemens will not initiate negotiations immediately and settle. Cisco is alleged to have “willfully” infringed which could means they face paying triple damages if a jury decides they infringed.

3. Future 4G/LTE licensing for all companies that use VirnetX patented VPN and secure domain technology. Please see Justin Moreno’s “white paper” to get a better understanding of the enormous potential VirnetX is unlocking as it continues to successfully assert its intellectual property. The plan is to develop a lucrative and functioning licensing model similar to a Qualcomm (QCOM) and only litigate if companies are unwilling to pay for the technology.

4. There is a huge and stubborn short position in VirnetX. As of 10/15/2012 there were nearly 16M shares of VirnetX sold short which is nearly 40% of the free float. I wrote about this previously and some of the unusual events that can occur with such a large short position. As the VirnetX story continues to unfold – those large short sellers are going to have to unwind their positions which will increase upward pressure on the share price. I believe VirnetX will be revisiting the $41.93 52 week high in short order (no pun intended) on the way to over $100 per share.

The future looks very bright for VirnetX. I believe at $34 VHC presents a compelling buy opportunity. Some have said Apple may appeal the November 6th verdict. Apple can only successfully appeal if they have a legitimate reason to appeal such as a legal error, an appeal will not be granted just because the decision didn’t go Apple’s way or because Apple is not happy the way VirnetX’s legal team, McKool Smith, soundly demolished Apple’s high powered legal team and multi-million dollar hired experts. Also, the Honorable Judge Leonard Davis was recently named by Baylor Law School as 2012’s Lawyer Of The Year and, based on my searching, has never had a case overturned on appeal.

END_OF_DOCUMENT_TOKEN_TO_BE_REPLACED

This brings me to my last point and to my most controversial one. In observing those election results I have become convinced that this nation, as we once knew it, is a house divided, to the extent that it cannot survive in its present form. There is absolutely nothing “UNITED” about these United States of America.

Among my close friends, I have been speaking to this topic for more than a decade now, having become convinced as far back as the 2000 election, that the nation was headed down the road to dissolution. Let me explain…

As a commodity futures trader, my task is to study TRENDS, particularly longer term trends and by so doing to hopefully profit thereby. There are trends in markets but there are also trends in a society. The trend in this society is an increasing divide between two diametrically opposed political ideologies.

The first of these is conservatism. Those who adhere to this view, and I include myself in this camp, believe in a system of limited government as envisioned by our Founding Fathers. The powers of the federal government are few and well defined with those not specifically delegated to it by the Constitution remaining within the providence of the individual states. “Unalienable” rights procede from God, and as such, are not subject to intrusion upon by the state. The state exists to protect and preserve these “rights”.

END_OF_DOCUMENT_TOKEN_TO_BE_REPLACED

Among the new group of state lawmakers to emerge from Election Day on Tuesday is Brian Banks, who has been convicted eight times for felonies involving bad checks and credit card fraud.

Banks, a Democrat and lifelong Detroiter, won a seat in Lansing as a state representative for the 1st District, representing the east side of Detroit, Harper Woods, and the tony Grosse Pointes. He won 68 percent of the vote to Republican Dan Schulte’s 32 percent.

Banks, 35, was convicted eight times between 1998 and 2004 of writing bad checks and credit card fraud.

His slogan was “You can Bank on Banks.”

END_OF_DOCUMENT_TOKEN_TO_BE_REPLACED

ATTENTION REPUBLICANS: This Video is For You

END_OF_DOCUMENT_TOKEN_TO_BE_REPLACED 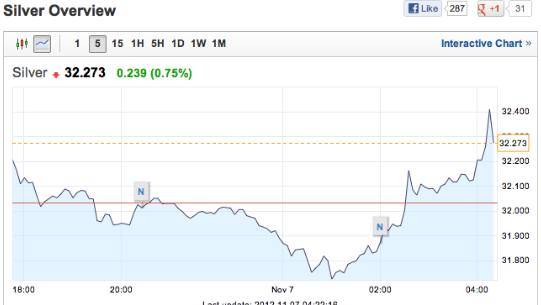 END_OF_DOCUMENT_TOKEN_TO_BE_REPLACED

FLASH: FUTURES ARE GETTING GRAPED BECAUSE OBAMA IS PUNCHING ROMNEY’S FACE IN

END_OF_DOCUMENT_TOKEN_TO_BE_REPLACED

The Most Disturbing Headline On Drudge Report Thus Far

Fri Nov 2, 2012 2:24pm EST Comments Off on The Most Disturbing Headline On Drudge Report Thus Far