Celebrating what would be Friedman’s 100th birthday, a Forbes contributor discusses some of Friedman’s most important contributions, many of which are no longer controversial and have instead become conventional wisdom.

END_OF_DOCUMENT_TOKEN_TO_BE_REPLACED

Stocks Perform Better if Women Are on Company Boards

Tue Jul 31, 2012 11:50pm EST Comments Off on Stocks Perform Better if Women Are on Company Boards

Companies with women on their boards performed better in challenging markets than those with all-male boards in a study suggesting that mixing genders may temper risky investment moves and increase return on equity.

END_OF_DOCUMENT_TOKEN_TO_BE_REPLACED

ALERT: @STOCKSAGE1 IS BACK IN PRISON!

The Florida justice system released him. However, the good folks over at iBankCoin have apprehended and detained him, for the greater good, for all of mankind. 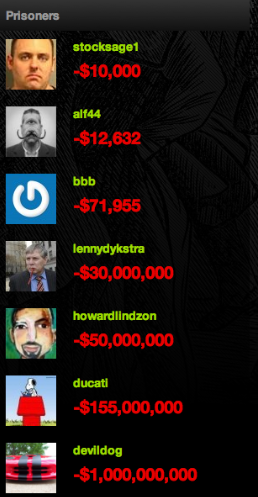 END_OF_DOCUMENT_TOKEN_TO_BE_REPLACED

The Real Crash is Dead Ahead as 2008 is Forgotten

This bubble will sink like a mafia stiletto deep into the “heart of the monetary systems” worldwide, proving something Nassim Taleb said about Bernanke when Obama reappointed him in 2009: “He doesn’t even know he doesn’t understand how things work,” that his methods make “homeopath and alternative healers look empirical and scientific.”

END_OF_DOCUMENT_TOKEN_TO_BE_REPLACED

At the end of last week VirnetX (VHC) dropped roughly 20% after the publication of an article titled, VirnetX: Do You Believe In Fairytales? Part 1, in which an anonymous author discussed the company’s prospects for asserting its patents relating to securing real-time communications over the Internet against Apple (AAPL), Cisco (CSCO) and other tech firms. Without debating the legitimacy and reliability of anonymous sources, here I provide my comments on some of the substantive points made in the article, including the probative value of VirnetX’s past settlement with Microsoft and more recent settlements with Aastra and Mitel to future expectations, as well as the arguments that, regarding VirnetX’s current patent actions, “VirnetX may lose,” “VirnetX may win, but be awarded a comparatively small amount of damages,” and “VirnetX may win a substantial award, but it will be subject to appeal.”

END_OF_DOCUMENT_TOKEN_TO_BE_REPLACED

Markets Sell Off a Bit Before the Clam Statement

Traders expect the market to rally tomorrow  into the clam statement and will really determine direction on Thursday after we get data and comments out of Europe on growth and resolving the debt crisis.

Despite a volatile month the markets finished up 1%. Gold also had a 1% gain for the month. The best performing sectors were telecom and industrial. 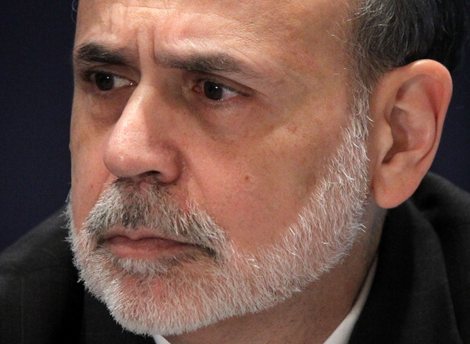 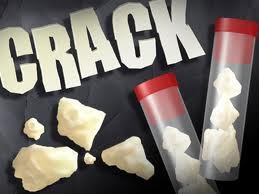 “WASHINGTON (MarketWatch) — The Securities and Exchange Commission on Tuesday urged Congress to give the agency the power to improve disclosure standards and require audited financial statements for the $3.7 trillion municipal securities market as part of an effort to help retail investors in the market.

The SEC advocated the changes in a report it released on the municipal securities market. State and municipal governments issue bonds to finance the building and maintaining of U.S. infrastructure.”

END_OF_DOCUMENT_TOKEN_TO_BE_REPLACED

Cargill CEO: Food Prices to Soar $75 a Person Amid Drought

“A crippling drought affecting much of the nation will send food prices rising by $75 per person this year compared to last, said Gregory Page, CEO of U.S. food giant Cargill.

The drought has well over half of the country in its grip and has decimated crop yields, corn especially.

Eventually, less corn will mean higher prices at the grocery store, as many foods are made from corn, which is also a key additive in feed for beef, pork and poultry producers.”

END_OF_DOCUMENT_TOKEN_TO_BE_REPLACED

Tue Jul 31, 2012 3:54pm EST Comments Off on FHFS Will Not Forgive Principal for Delinquent Mortgages Despite Incentives Offered by The Treasury

END_OF_DOCUMENT_TOKEN_TO_BE_REPLACED

“Here are your Apple rumors and AAPL news items for today:

Apple to Double Its Shares: A Bernstein Research analyst says that Apple(NASDAQ:AAPL) may be planning a stock split,Forbes notes. The split could make it easier for Apple to be included in the Dow Jones Industrial Average, which is weighted by share price and contains only two companies with shares north of $100, Chevron (NYSE:CVX) and IBM (NYSE:IBM). Apple stock has split — on a 2-for-1 share basis – three times in the past, in 1987, 2000 and 2005.”

END_OF_DOCUMENT_TOKEN_TO_BE_REPLACED

FLASH: Congress Has Potentially Agreed to Keep Funding Current for the Government; A 6 Month Extension to Avoid Lame Duck Problems

an announcement should be made over the next two hours….

END_OF_DOCUMENT_TOKEN_TO_BE_REPLACED

“Markets now overwhelmingly expect significant action from the U.S. and European central banks, according to the latest CNBC Fed Survey.

In the survey of market participants, 89 percent said they believe the European Central Bank will purchase more sovereign debt and 78 percent said they expect the Federal Reserve to undertake additional quantitative easing.”

END_OF_DOCUMENT_TOKEN_TO_BE_REPLACED

$ZNGA Having a Bad Day as They Receive Insider Trading Lawsuits

Tue Jul 31, 2012 11:54am EST Comments Off on $ZNGA Having a Bad Day as They Receive Insider Trading Lawsuits

Or, more importantly, it’s now under $3, down from $12 when Zynga had a secondary offering of shares in April earlier this year.

During that secondary offering, insiders like Mark Pincus and a number of investors cashed out, selling about $516 million in stock.

Then Zynga had a disastrous second quarter where it reduced its full-year guidance, sending the stock tumbling.”

END_OF_DOCUMENT_TOKEN_TO_BE_REPLACED

Tue Jul 31, 2012 11:51am EST Comments Off on Bill Gross Says The Best Days For Making Money in Stocks are Behind Us

This time, instead of talking about overindebted governments, and about how all sovereign bond investors are victims of financial repression, he takes dead aim at the stock market, and argues that future returns can’t possibly be as good as they used to be.

END_OF_DOCUMENT_TOKEN_TO_BE_REPLACED

Tue Jul 31, 2012 11:45am EST Comments Off on Hardliners Shoot Down Merkel’s Coalition for a Permanent Euro Rescue Fund

More opposition for Merkel and her plans to print money.

END_OF_DOCUMENT_TOKEN_TO_BE_REPLACED

U.S. equities continued chopping around the flat line similar to what we had yesterday. The markets are waiting for the fed to give their statement, and to see what develops in Europe.

The markets in the U.S. are ignoring a setback in Europe where Merkel’s coalition are rejecting a permanent euro rescue fund. European markets were down, but not bloody given the news.

U.S. equities are flat with the NASDAQ higher by a bit. Oil is down, the euro is up, and gold is up slightly.

UBS is tanking due to horrible earnings from $Fuckbook; incidently $FB has hit a fresh 52 week low.

END_OF_DOCUMENT_TOKEN_TO_BE_REPLACED

FLASH: Europe Got Punched in the Liver Today