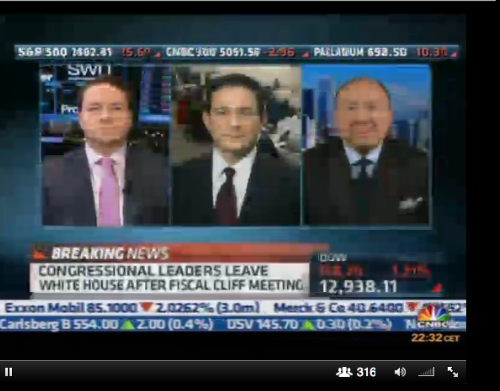 END_OF_DOCUMENT_TOKEN_TO_BE_REPLACED

Man Gets Shot For iPhone, in Chicago!

His hand, he thinks, was shattered by gunfire as he held it up to surrender to a pair of robbers who pounced on him Nov. 5.

He says he was compliant and told the men to take anything. Instead, Kuber says, “The guy just opened fire on me.”

END_OF_DOCUMENT_TOKEN_TO_BE_REPLACED

Kwanzaa is a Holiday Exclusive For Idiots

Most absurdly, for leftists anyway, they have forgotten the FBI’s tacit encouragement of this murderous black nationalist cult founded by the father of Kwanzaa.

Kwanzaa emerged not from Africa, but from the FBI’s COINTELPRO. It is a holiday celebrated exclusively by idiot white liberals. Black people celebrate Christmas. (Merry Christmas, fellow Christians!)

END_OF_DOCUMENT_TOKEN_TO_BE_REPLACED

This Man is Going to Prison #DAVIDGREGORY 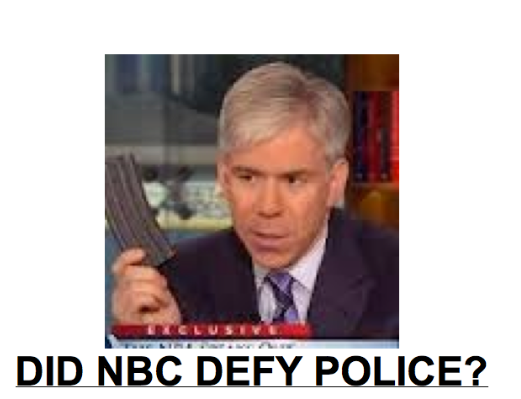 END_OF_DOCUMENT_TOKEN_TO_BE_REPLACED

ANOTHER LUNATIC WITH A GUN SHOOTS FIREFIGHTERS

Mon Dec 24, 2012 12:43pm EST Comments Off on ANOTHER LUNATIC WITH A GUN SHOOTS FIREFIGHTERS

A gunman who shot four volunteer firefighters and killed two of them at the scene of an upstate New York house fire early Monday was found dead of a gunshot wound — a horrific attack that may have been a “trap,” officials said.
The Monroe County Sheriff’s Office said the Christmas Eve blaze in Webster appeared to be a setup to go after first responders who were arriving to the fire just after 5:30 a.m.
Among the fallen is Michael Chiapperini, a lieutenant with the Webster Police Department. He died at the scene.
“It’s a very dificult situation,” said Webster Police Chief Gerald Pickering, as he fought back tears during an emotional news conference.
The Monroe County Sheriff’s Office evacuated the Lake Road neighborhood after the shooter exchanged gunfire with an officer who first responded to the sleepy neighborhood near the Lake Ontario shore east of Rochester. The blaze burned three homes and a car as firefighters fought flames alongside cops searching for the shooting suspect or suspects.
Ultimately, four homes were destroyed and four others were damaged.
Police couldn’t say if the gunman’s injury was self-inflicted. His body was located near the home where the fire began.

END_OF_DOCUMENT_TOKEN_TO_BE_REPLACED

The embattled health-supplements seller, which has received Ackman’s scrutiny for its multi-level marketing sales arrangement, also said in a Monday press release that it has yet to use $950 million of a $1 billion share-repurchase program authorized by its board because of “trading blackout period restrictions.”

The statement may address analyst questions on why Herbalife had been hesitant to launch a large buyback to flush out Ackman’s short trade. Herbalife now says it expects to exceed its previously announced quarterly guidance of $50 million in share buybacks in coming quarters.

END_OF_DOCUMENT_TOKEN_TO_BE_REPLACED

Eccentric Hedge Fund Manager, Jeffrey Gundlach, is Waiting For the Next KABOOM

He says the amount of money investors can make in phase three will dwarf what they can earn now.

“I’m waiting for something to go kaboom,” Gundlach says in his office a week before the L.A. speech. “If phase three takes two years, it’s worth waiting for. The markets don’t have lots of opportunity now.”

Gundlach has a history of making brash pronouncements. At a conference in New York in April, he told a Bloomberg News reporter that he would abolish the 99-year-old Federal Reserve, a position espoused by failed Republican presidential aspirant Ron Paul.

“That’s a very extreme view,” says Chris Rupkey, chief financial economist at Bank of Tokyo-Mitsubishi UFJ Ltd. in New York. “Given how the Fed has evolved since the early 1900s, to say we’re going to change all that and start over is absurd.”

END_OF_DOCUMENT_TOKEN_TO_BE_REPLACED

At one point, according to notes taken by a participant, Mr. Boehner told the president, “I put $800 billion [in tax revenue] on the table. What do I get for that?”

“You get nothing,” the president said. “I get that for free.”

After the election, Boehner aides tried to shape the debate by offering early concessions, including that the GOP would agree to raise new tax revenue. A speech Mr. Boehner planned to give was rewritten 18 times and included input from top Republican leaders.

He and Mr. Obama didn’t sit down together for another 10 days. The session began genially. But tension quickly emerged over the president’s call to include increasing the U.S.’s borrowing limit in any final package.

Responded Mr. Boehner: “I’ve found in my life that everything I’ve ever wanted has come with price.”

END_OF_DOCUMENT_TOKEN_TO_BE_REPLACED

Mini Documentary: 20% of Siberian City is Addicted to Heroin

END_OF_DOCUMENT_TOKEN_TO_BE_REPLACED

Iran is Pissed Over US Sponsored Hacking of Iranian Media

Fri Dec 21, 2012 7:23pm EST Comments Off on Iran is Pissed Over US Sponsored Hacking of Iranian Media

END_OF_DOCUMENT_TOKEN_TO_BE_REPLACED

This was his presentation, all 300 pages of it, where he declared the stock was worth $00.00, full fledged ponzi-scheme.

END_OF_DOCUMENT_TOKEN_TO_BE_REPLACED

Katt Williams is a Man of Great Repute

On Nov. 9, Williams was sued by his former female assistant, who alleges the comedian assaulted her at his house in October. On Nov. 14, Williams was reportedly arrested following a fight at an Oakland club. The on Nov. 27, Williams was arrested in Sacramento after leading police on a chase while driving his three-wheel ATV. The performer had been driving on the sidewalk when police tried to pull him over, and he took off driving down the wrong side of the road. Three days later, while performing in Seattle he whipped his microphone at an audience member, hitting him in the head.

Then on Dec. 3, he was arrested again after a bar fight, where he allegedly threatened the bar’s manager with a pool cue, and then followed a family to the parking lot and threw a cigarette at a woman, hitting her in the eye.

The next day, Williams was kicked out of a hotel in Seattle , and he announced he was retiring from stand-up comedy, and two days later decided it was time to un-retire.

After all that, a Seattle judge issued two warrants after Williams failed to show up to court.

END_OF_DOCUMENT_TOKEN_TO_BE_REPLACED

Herbalife to Strike Back!

Herbalife will host an analyst day the week of Jan 7th, 2013 to respond in detail to inaccurate information contained in Pershing Square’s presentation

END_OF_DOCUMENT_TOKEN_TO_BE_REPLACED

Naturally, Cramer was a big fan.

END_OF_DOCUMENT_TOKEN_TO_BE_REPLACED

Analysis of Newtown Police Department Scanner: Was There More Than 1 Gunman?

END_OF_DOCUMENT_TOKEN_TO_BE_REPLACED

ALEX JONES EMERGENCY ALERT: ‘THEY ARE COMING FOR YOUR GUNS’