Mon Jun 3, 2013 8:00am EST Comments Off on The Aussie Dollar Halts Downside Action as China’s Slowdown Appears to be Slowing

“Australia’s dollar and government bond yields climbed amid signs that a slowdown in China is bottoming out, easing concern demand for commodities will decrease in Asia’s biggest economy.

The Aussie gained against all of its 16 major peers after official Chinese data over the weekend showed manufacturing accelerated and as a technical indicator signaled a recent decline in the currency was overdone. Local 10-year bond yields rose before a Reserve Bank of Australia policy meeting tomorrow, when the central bank will probably keep the benchmark rate at a record-low 2.75 percent, economists forecast.

The manufacturing report published June 1 was “the first seemingly positive bit of economic news that we’d had from China for some time,” said Ray Attrill, the global co-head of currency strategy at National Australia Bank Ltd. in Sydney. “There’s a chance that we can push a little bit higher,” he said, referring to the Aussie.

The 14-day relative-strength index for the Aussie against the U.S. dollar slid to as low as 19.5 last month, a level unseen since May 2010, and was at 25.5 on May 31. Readings below 30 indicate an asset’s price has fallen too rapidly and is set for a rebound.

The Purchasing Managers’ Index of Chinese manufacturing advanced to 50.8 in May from 50.6 the prior month, the National Bureau of Statistics and China Federation of Logistics and Purchasing said on June 1. Economists in a Bloomberg News survey had forecast 50, which marks the dividing line between expansion and contraction….”

END_OF_DOCUMENT_TOKEN_TO_BE_REPLACED

“Rio Tinto Group (RIO) is pursuing an initial public offering of its gem unit, the world’s largest supplier of natural colored diamonds, after failing to find a buyer, according to a person familiar with the matter.

Rio hired Morgan Stanley (MS) to oversee an IPO in London, the person said, asking not to be identified because the process is private. The London-based company is still open to offers for the operations, the person said. Rio has been considering divesting the assets since March last year, saying they no longer fit with its strategy….”

END_OF_DOCUMENT_TOKEN_TO_BE_REPLACED

“Seven & I Holdings Co. (3382), the operator of 7-Eleven convenience stores, plans more acquisitions in the U.S. and may more than double North America outlets as consumer spending improves in the largest economy.

In North America the company “could increase our store number to 20,000 or even 30,000,” Chairman Toshifumi Suzuki said in a May 30 interview at the company’s Tokyo headquarters. It currently has more than 8,000 outlets in the region and Suzuki didn’t provide a timeframe for the planned expansion….” 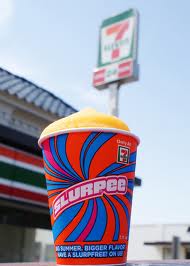 END_OF_DOCUMENT_TOKEN_TO_BE_REPLACED

Abenomics Still Has Further To Go as Capex Spending Falls 5.2%

“Japanese companies’ capital spending fell 5.2 percent in the first quarter from a year earlier, underscoring the challenge the government faces in sustaining momentum in the world’s third-biggest economy.

The decline in spending excluding software compared with a 7.2 percent slide in the previous quarter, a Ministry of Finance report showed in Tokyo today. The median forecast of six economists surveyed by Bloomberg News was for a 5.5 percent decrease. Investment fell 0.9 percent from the prior quarter, according to the report.

Campaigning to boost company outlays and wages through fiscal and monetary stimulus and a loosening of business regulations, Prime Minister Shinzo Abe needs to sustain confidence amid weakness in the global economy and volatility in Japanese stock and bond markets. Abe has pledged to restore annual private investment to the 70 trillion yen ($695 billion) level before the 2008 financial crisis.

“Companies are not confident in the economic outlook as we haven’t seen a clear signal of a solid global recovery,” Daiju Aoki, a Tokyo-based economist at UBS AG. said. “This will pressure the Abe government to come up with measures to support businesses in the growth strategy” due this month, he said….” 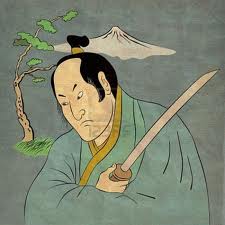 END_OF_DOCUMENT_TOKEN_TO_BE_REPLACED

Mon Jun 3, 2013 7:42am EST Comments Off on Bonds Find a Huge Global Sell Off in May With Losses Not Seen in Nine Years 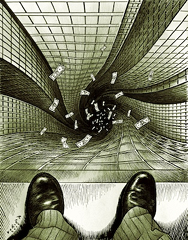 END_OF_DOCUMENT_TOKEN_TO_BE_REPLACED

Want to Play a Another Game ?