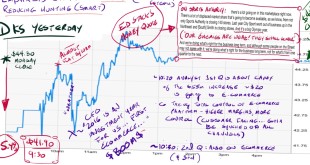 Yesterday I wrote about Dick’s Sporting Goods earnings report as a “tell” for the retail sector.

I don’t have a position in DKS but I have about 50% of my portfolio tied up in retail stocks despite the economy showing signs of going utterly pear-shaped.

Investing isn’t about being smarter than everyone else. It’s about being smarter and/or faster than the masses. The idea is to find a particular set of specific measurable performance metrics or trends shortly before they become conventional wisdom then get long as you can stand and wait for the world to catch up to you.

Two important points on this strategy:

I think this is the year Wall St rewards companies for spending on their core business rather than doing more buybacks. Specifically, I am investing in retailers that are a) growing their online business faster than the low teens rate of overall US ecommerce b) investing with the goal of seemlessly integrating on and offline… Customers don’t make the distinction between on an offline. It’s all just selling stuff. c) are willing to take an earnings hit in order to spend.

That last point is counter-intuitive. I want to be long stocks that are warnings-proof. Short interest at DKS is up >3x since last May. Most of them were betting earnings would miss. My bet (on retail in general) is earnings misses will be foregiven. If that happens the shorts are hosed. They have to cover because their catalyst (earnings miss) didn’t work.

We’ve seen Best Buy, Macy’s and JWN go up after bad reports (though in the case of JWN it took a while). So when DKS missed and fell 8% pre-market my question wasn’t why shares fell (they missed, duh) but if the stock could bounce, ala BBY: 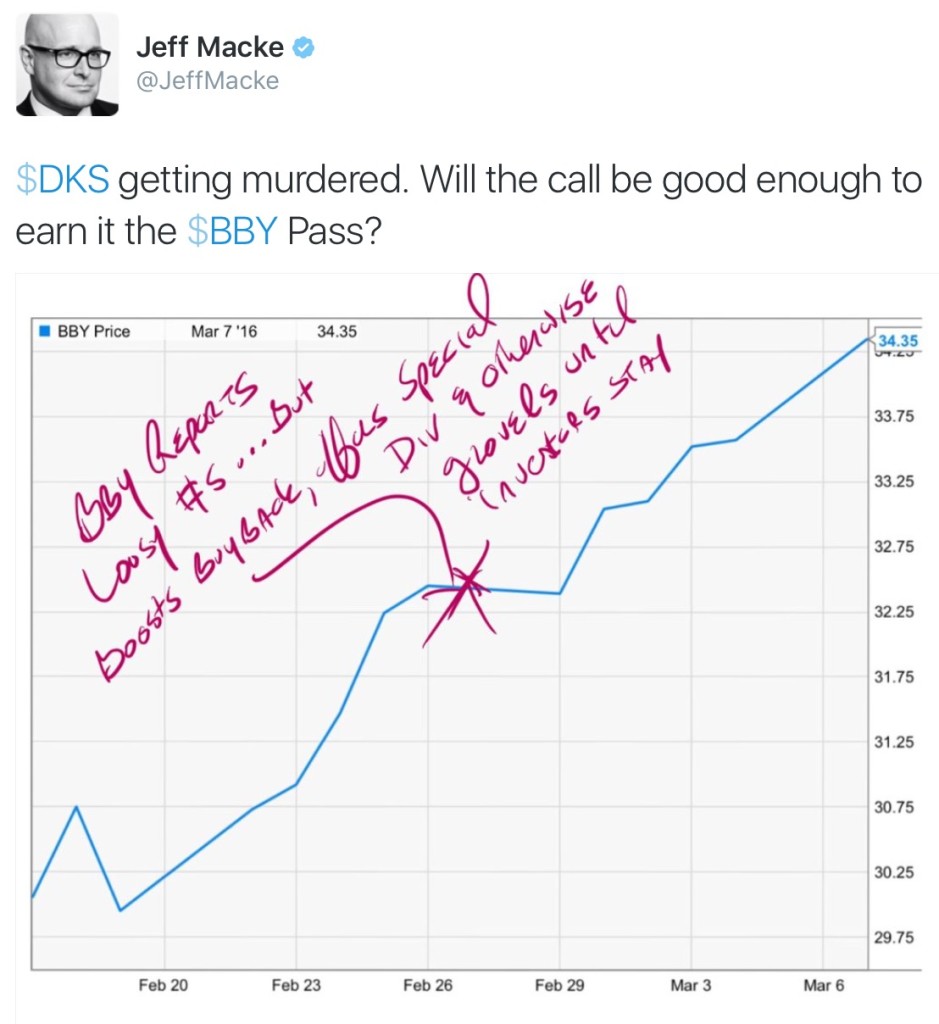 It did. Here, in nearly indecipherable but surprisingly useful form are my notes on the the surprises during the conference call that triggered a 9% rally from when DKS reported to the close of trading. If the rest of the retail sector continues to trade this way you can expect to see a lot more people getting on the retail train.

Those are the folks I want to sell to at higher prices. 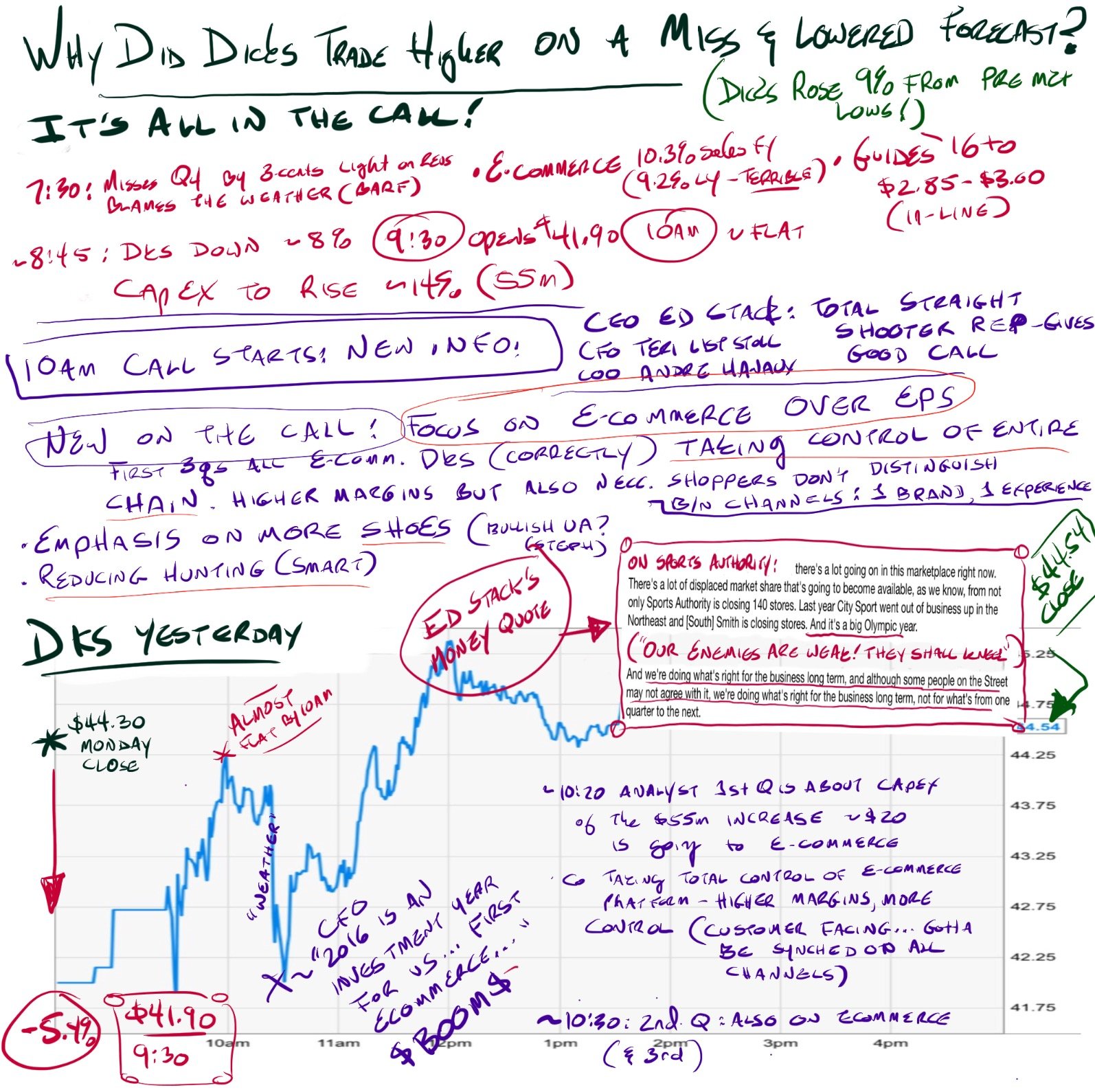