A giant fucking hurricane is barreling towards my new estate. Naturally, this is to be expected, as the black cloud follows me striking me with lightning everywhere I go. My only respite, my only sole source of winship, in my entire life, is the stock market. Never ever feel envious of Le Fly, no matter how much shit I talk, for my life is plagued with drawdowns on a scale you can only begin to imagine.

“The Fly” took out a rental the other day — because my fucking Benz is still in the shoppe. I opted for NO INSURANCE — because I was being cheap, and also because I am a MASTER DRIVER, super safe, defensive, and wonderful. My wife, on the other hand, is a menace to the road.

I was casually dining in Durham the other night when my mechanic called to tell me he had a loaner car for me.

“How very nice of you Sir”, I said. And he left the car in front of his shoppe, with the keys under the dirty old mat. I told me wife “let’s go pick up the loaner and then you take the leased car and we’ll drop it off in Cary”, to which she replied “ok.”

We got the car, smelled like a box of crayons — 2004 Benz without a camera or anything resembling normal tech for our era. My wife was so tired we had to stop by Chapel Hill to get some tea and coffee (she only drinks tea). We head onto the road and closing in on the rental store, but we’re meandering down a tight road with fast driving southerners in their fucking pick up trucks. It was one of those two way streets that are supposed to be one way. I was driving in front and I saw she was over-compensating by veering to the right, into the bushes and shrubs. Since my kids were in her car, I was watching closely and hoping she’d keep the wheel straight.

Then I heard a “PFFfffffffff” and her car jumped up like Dukes of Hazard escaping the long arm of the law. She pulled onto the side of the road and it was soon revealed she dipped into a crevasse and flattened the tire, bent the rim, and probably fucked the alignment, all of which will come directly out of my purse — since I was too cheap to opt for the $10 per day insurance package.

The storm is coming and I’m sure it’s coming right for me. 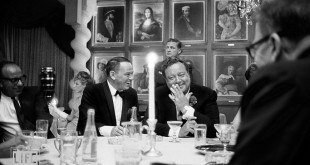