August is going to be monkeypox month, so sad after just two months following pride.

A great man once said “pride comes before the fall.”

“San Francisco showed during COVID that early action is essential for protecting public health,” Breed said in a statement. “We know that this virus impacts everyone equally – but we also know that those in our LGBTQ community are at greater risk right now. Many people in our LGBTQ community are scared and frustrated. This local emergency will allow us to continue to support our most at-risk, while also better preparing for what’s to come.”

### ONE THOUSAND PLUS MONKEYPOX CASES REPORTED IN NYC ###

I’d like to declare iBankCoin a gay friendly website who offers good advice to the gays. Have at it. Monkeypox is not much more than chickenpox — but the name and the specter of receiving something akin to a pox from a monkey is plenty of FUD to help my investments.

It just so happens that I am long an array of “POX STOCKS”, not because I wish ill intent onto my gay readers and future gay readers of iBankCoin. Quite the contrary. The gays cannot be controlled. Their unbridled avarice is legendary and their libidos are bountiful enough to cause a wrath. “Let the chips fall where they may”, I always say. Sometimes I’m winning, others times I’m in the process of winning. I could be wrong; but I doubt it.

The great homosexual renaissance is upon you! It has been declared that 40% of Gen Z’ers in America considered themselves sexually attracted to persons of their own sexual orientation. When I was a boy these numbers were at or around, let’s say, 2%. But those who were gay never really announced it and pride month wasn’t a thing. To be gay was an anathema for a man — on par with being weak and/or different to the point of ridicule. Nowadays, apparently, to be straight is to be square, to borrow an aged phrase from a time and place in America when genders were assigned.

My point, the New England Journal of Medicine did a study on the monkeypox and found that a staggering 95% were gay men. The week over week stats are still small in terms of numbers — BUT ROBUST in terms of growth, +50%. As far as we can tell, the pox isn’t airborn yet so the prospect of another pandemic is of course remote. Nonetheless, as the summer months rage on and the cocaine fueled orgies in San Francisco carry on — we should be entreated to more pox news and as a result of so many things transpiring in America now — a great gay crisis might come about and with that comes opportunity, from an investment point of view. I do not control the cocks of others and my words aren’t meant to injure, but instead assist in this panic to come.

Cut to the chase:

I’ve done some due diligence and SIGA, GOVX, TNXP, CMRX, AEMD, INO and CODX seems like decent enough plays. But look for more — since the bedraggled biotech industry is always looking for the “next big thing” to hop on (double entendre alert). You will hear of news and rumors of news and new treatments and vaccines. The retards will tell you “monkeypox isn’t real”; but they’re very much wrong — just like they were wrong about COVID busting loose and the Russian war happening.

Guess who predicted both of those black swan events? 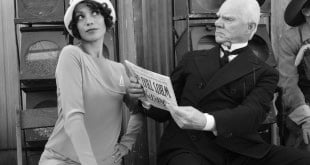 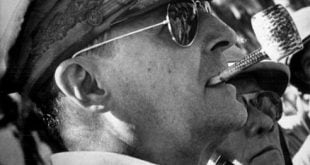