18 years in Wall Street, left after finding out it was all horseshit. Founder/ Master and Commander: iBankCoin, finance news and commentary from the future.
Joined Nov 10, 2007
22,151 Blog Posts
@the_real_fly

DO NOT BE FOOLED!

We have disconnected entirely from Russia. Every company, every organization — all ties cut. This is the groundwork needed to engage in military conflict and you’ll be drafted into the army or else face financial ruin and prison. You won’t have a choice see — because 1 billion allies are now aligned against Russia and if you’re Putin there is only one escape route made available — FULL ACCELERATION.

They will enact a military draft in Russia first, call up 20 million men, and this will be mirrored in Europe and then here in the states. By next year we will be in total war with Russia — all thanks to a small minority of people who sought to milk the ancestral lands of Ukraine for all of its value. The very idea of Russia reclaiming what once belonged to them is enough for America to go to war with them, let alone seeing them invade and ruin all of the things we did there since 2014.

Nevertheless, America is sending $10b to Ukraine in emergency funding — but didn’t have anything for a border wall in the south. They are also facilitating Polish Migs to Ukraine in exchange for our F-16s — because nothing says diplomacy like trying to take back the skies over Kiev.

The Ukraine is now a holy battlefield and Moloch is getting his blood sacrifices by the pound and will be getting a lot more in the coming weeks, months, and years to come. You will remember this post in the future and reflect upon how it all went wrong. It went wrong a long time ago — captured state — and now we’re paying for it with our treasure and very soon our lives.

If you’re long without hedges here — you’re out of your god damned mind.

"Today our president (the most important one, Barak Obama) promised that we'll joint NATO (as an American henchman). Please send copies of 'Mein Kampf', it's sold out here"

If you enjoy the content at iBankCoin, please follow us on Twitter
2022-03-08
Dr. Fly
Share
Previous POLAND TO SEND EVERY SINGLE MIG-29 THEY HAVE TO UKRAINE *
Next VICTORIA NULAND AT IT AGAIN: REVEALS JOINT BIOLABS PROJECT WITH UKRAINE IN CONGRESSIONAL TESTIMONY 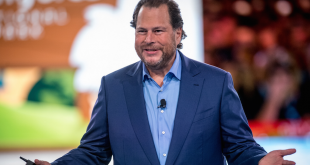 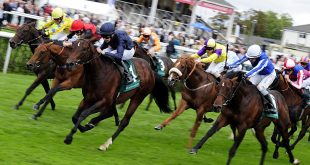 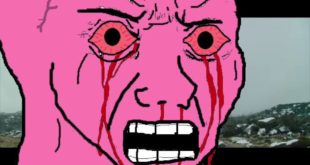