18 years in Wall Street, left after finding out it was all horseshit. Founder/ Master and Commander: iBankCoin, finance news and commentary from the future.
Joined Nov 10, 2007
22,140 Blog Posts
@the_real_fly

Let There Be Blood

Let me tell you, I just got back from the fucking Doctor’s office and I almost didn’t make it. I don’t take well to blood tests. First of all, I’ve never been to this Doctor and was quite appalled at most of the things that was going in his office.

First of all, he didn’t honour [sic] my appointment, like I have all fucking day to just sit in some fucktards office, with assholes all around me. Next, I found out, after he called me in, he WASN’T even a Doctor. Instead, he was some R.P.A. schmuck, with the internet as his guide to medicine.

Following some basic questions, he starting swearing, saying words like “bullshit” and “fuck that shit,” for no apparent reason. After completing our terrific R.P.A-patient conversation, he wrote a script for high blood pressure, despite my pressure being a relatively low 132-82. He said: “you can rip it up after you leave. There are plenty of people who deliver flowers to the funeral home.”

As an aside, he spoke with a heavy spanish accent.

Finally, my visit ended with a catastrophic blood test. The technician was great. However, I, on the other hand, punked out and nearly fainted after she withdrew two measly tubes from my Godly arm. After seeing my face turn a light green, my wife and the the two vampires in the office panicked and wanted to take my blood pressure and monitor my blood sugar. Fuck that.

I egregiously declined and opted for a “sweating out” of this ordeal, while the two ladies there commented, in spanish, that “every man acts the same.”

We concluded our chat with them calling me a “pendejo,” much to my chagrin. My wife had to inform them that I “knew that word.” They all had a nice laugh, at Senor Tropicana’s expense—who, yet again, was greatly chagrined.

Separately, the market “shit the bedroom” today. I was not able to efficiently monitor it; so I am unable to give you cogent advice. Hower, I will tell you, with the certainty of 100 hungry lions inside a meat packing facility: there will be blood. 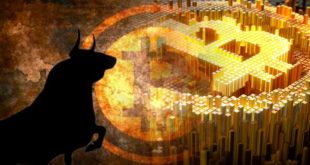