18 years in Wall Street, left after finding out it was all horseshit. Founder/ Master and Commander: iBankCoin, finance news and commentary from the future.
Joined Nov 10, 2007
21,493 Blog Posts
@the_real_fly

CRYPTO FEARS ON OVER-DRIVE: IT MAY BE OVER

This past May when I was cavorting the fine gentlemanly town of Charleston — DOGE broke the fuck out and with it fortunes were made by complete idiots. I recall day trading on my Robinhood app, shit coins, for thousands of dollars in profits with ease. Now with the benefit of hindsight, that was the interim top. ETH fell from the $4,000s down to the low $2000s, maybe even lower (fuck off), and all was lost.

Then Gary Vaynerchuk bought a retarded ape for $3m and the NFT market took off, dragging with it ETH, BTC and a wide array of SHITCOINS. The recent run to record highs was fueled by, dare I say, wanton speculation in the digital art space — an area of the market I was both angry with and ignorant of and I am sure that it will perform well on a long enough time frame — because of the simple fact that I hate it. That’s the thing about age, it permits you to know your limitations and properly analyze your emotions. When confronted with something new and innovative, I am almost always angered by it — perhaps a defense mechanism of mine fearing change.

But you’re here to discuss BTC-ETH and not my emotional multitudes that causes me to lash out at strangers and verbally assault them.

My sense is the November flop caused many to lose faith in the “magical” run to BTC $100k. Without a proper catalyst, the market is now ebbing and heaving with morons awaiting execution. The FUD (fear, uncertainty, doubt) is on steroids because the overall market is weak and cryptos have not behaved defensive, but instead risky. I am not selling ETH — because fuck taxes. But my BITO calls are a zero and in hindsight it was a stupid gambit — as contango fucked the pricing mechanism, leaving me with losses. My bet was, inexorably, for a GAMMA run to $100k alongside magical unicorns and gay giraffes. Instead, we ride the long black train to zero and cryptos are most likely fucked until Spring. 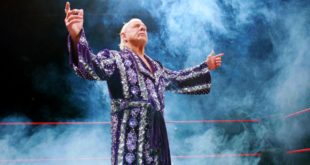 SIR: The Market is Oversold 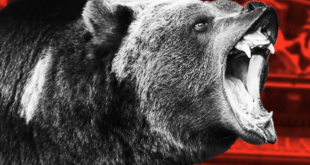