18 years in Wall Street, left after finding out it was all horseshit. Founder/ Master and Commander: iBankCoin, finance news and commentary from the future.
Joined Nov 10, 2007
20,008 Blog Posts
@the_real_fly

John Podesta’s gmail password was [email protected] because he’s a god damned idiot. Everyone had access to his emails, a litany of perfidy that proved the DNC and Democratic party was as corrupt as the winters in Siberia are cold. Whether those revelations cost Hillary Clinton the election is up for debate. No one really knows the actual ramifications of them and most people outside of political circles and internet trolls had no idea what Podesta’s emails contained — let alone how it connected to Clinton.

But our government believes, without a shadow of a doubt, Russia was behind the hacks — despite not showing the public any evidence to support said claims.

What has happened today is a "remarkable escalation of the tension" between the U.S. and Russia, says @stevenportnoy https://t.co/h7LyrSAsSN pic.twitter.com/6W7hrDn5NM

With just 21 days until kicked out of the White House, President Obama announced he was taking punitive actions against Russia — targeting 6 individuals and 5 Russian entities, as well as expelling 35 diplomats and the closure of two Russian compounds on US soil.

The sanctions include freezing any assets in US jurisdiction and barring financial transactions with named entities/individuals. pic.twitter.com/nApVyzFFsG

Bear in mind, we’ve targeted specific Russians and entities before.

– Prize for #Turkey – sanctions for #Russia

“Russia’s cyberactivities were intended to influence the election, erode faith in US democratic institutions, sow doubt about the integrity of our electoral process, and undermine confidence in the institutions of the US government,” the statement said. “These actions are unacceptable and will not be tolerated.”

According to statements from the White House and the Treasury Department, the government has sanctioned nine entities and individuals: the GRU and the FSB, two Russian intelligence services; four individual officers of the GRU; three companies that provided material support to the GRU’s operations; and two Russian individuals for using cyber-enabled means to cause misappropriation of funds and personal identifying information.

Obama also said in the statement announcing that the diplomats have been ordered to leave the country, that those individuals and their families were given 72 hours to leave the United States.

“These actions follow repeated private and public warnings that we have issued to the Russian government, and are a necessary and appropriate response to efforts to harm U.S. interests in violation of established international norms of behavior,” Obama said in the statement.

Here is the full statement.

Today, I have ordered a number of actions in response to the Russian government’s aggressive harassment of U.S. officials and cyber operations aimed at the U.S. election. These actions follow repeated private and public warnings that we have issued to the Russian government, and are a necessary and appropriate response to efforts to harm U.S. interests in violation of established international norms of behavior.

All Americans should be alarmed by Russia’s actions. In October, my Administration publicized our assessment that Russia took actions intended to interfere with the U.S. election process. These data theft and disclosure activities could only have been directed by the highest levels of the Russian government. Moreover, our diplomats have experienced an unacceptable level of harassment in Moscow by Russian security services and police over the last year. Such activities have consequences. Today, I have ordered a number of actions in response.

I have issued an executive order that provides additional authority for responding to certain cyber activity that seeks to interfere with or undermine our election processes and institutions, or those of our allies or partners. Using this new authority, I have sanctioned nine entities and individuals: the GRU and the FSB, two Russian intelligence services; four individual officers of the GRU; and three companies that provided material support to the GRU’s cyber operations. In addition, the Secretary of the Treasury is designating two Russian individuals for using cyber-enabled means to cause misappropriation of funds and personal identifying information. The State Department is also shutting down two Russian compounds, in Maryland and New York, used by Russian personnel for intelligence-related purposes, and is declaring “persona non grata” 35 Russian intelligence operatives. Finally, the Department of Homeland Security and the Federal Bureau of Investigation are releasing declassified technical information on Russian civilian and military intelligence service cyber activity, to help network defenders in the United States and abroad identify, detect, and disrupt Russia’s global campaign of malicious cyber activities.

These actions are not the sum total of our response to Russia’s aggressive activities. We will continue to take a variety of actions at a time and place of our choosing, some of which will not be publicized. In addition to holding Russia accountable for what it has done, the United States and friends and allies around the world must work together to oppose Russia’s efforts to undermine established international norms of behavior, and interfere with democratic governance. To that end, my Administration will be providing a report to Congress in the coming days about Russia’s efforts to interfere in our election, as well as malicious cyber activity related to our election cycle in previous elections.

Putting him directly against his party's President-Elect @SpeakerRyan calls US sanctions on #Russia "appropriate" and "overdue" pic.twitter.com/GyiA03aKXX

If you enjoy the content at iBankCoin, please follow us on Twitter
2016-12-29
Dr. Fly
Share
Previous Sears Kept Alive by its CEO, Eddie Lampert, Again
Next The FBI and DHS Issue Report Showing Juvenile Evidence of Russian Hacking 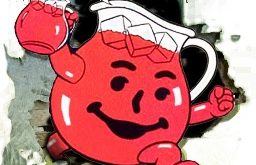 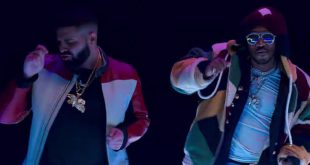