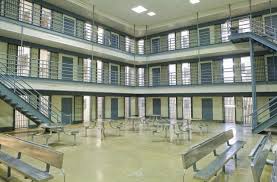 Most articles published since that I have read focus on the morality issues, but IBC readers have their own steady compass on that front, the Peanut Gallery is here to guide your investment thinking and analysis when tape bombs like Deputy Attorney General Sally Yates memorandum to the Bureau of Prisons (BOP) hit the wire (link to actual letter at top of post). Amazon’s Washington Post broke the story that stated the US Justice Department plans to end the use of private prisons.

This is a big deal and should not be discounted as a driver of the valuation of these companies going forward. The Democrats have had this issue on their radar for some time. Obama has been keen to push reforms of the criminal justice system in the US, acknowledging the fact that the US incarcerates too many,almost 0.7% of the entire population (the “1%” nobody likes to talk or think about) with an undue weighting of African-American inmates (2.7% versus 0.5% for other races). It is clearly too late for “Obamabars” or whatever catchy reform slogan they might come up with, but Hillary is clearly ready to take the baton and she is not likely to miss the hand off. In her well publicized tweet of November 2015 Hillary tweeted, “We need to end private prisons.” The aforementioned prison outsourcing stocks were down 4-6% of the day of the tweet, but bounced back in the absence of immediate follow up. Enter Sally Yates. 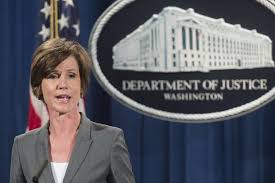 The typical legacy contracts which granted private prison operators 20 year terms with 90% occupancy will be no more. More lucrative deal which were negotiated on a “set price” basis, irrespective of occupancy levels, will likely be re-negotiated.

The Bureau of Prisons (BOP) contracts for Federal prisons and have traditionally have up approximately 1/2 of the revenues for both $CXW and $GEO. State and Municipal contracts make up the remainder and while BOP’s directive will have sway going forward, the pace of contract roll-off will likely be measured due to tight budgets.

Politicians, regardless of level of government, do not like having things blow up in their faces. When the US already spends 6x more on prisons than on education, cost containment will be key as BOP figure out the optimal way to respond to the clear DOJ directive (a 5 year run-off period has been assumed). 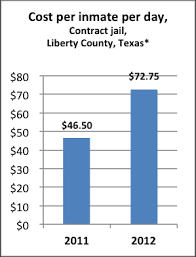 Private prisons are officially in the “sin” category along with tobacco, liquor, and casinos.

What to do. My focus will be on $CXW; Correction Corporation of America. For those, like myself, without current exposure to either name this is a time for study and analysis.

Brave analysts to comment thus far appear to be in the buy the dip (BTD) camp and appear to have a modest preference for $GEO over $CXW, speaking to the listed equity. Looking at the capital structure, $GEO has more debt, $2.23bln with Senior secured rated Ba3 and Senior Unsecured rated B1. CXW was upgraded by Moody’s to Baa3 in June 2015 and has $1.4bln in debt.

CXR 4.625% May 2023’s were not immune from the carnage of yesterday’s trade, falling from $102 to $85.50 (-16.2%) on the day. My expectation would be for the equity to rebound from the current levels and for the bonds to drift lower concurrently. The catalyst for a sharper move in the debt would be loss of investment grade rating by Moody’s. Assuming the debt is taken back (i.e. downgraded) to Ba2 (speculative grade) from investment grade there may be an opportunity to buy the debt ($70.00ish) on a hedged basis, shorting $CXR equity to the expected recovery rate on the bonds. As this opportunity unfolds, I would expect there would be cuts to the dividend on the common shares which would reduce the negative carry on the hedge.

The closest proxy I could come up with in analyzing private pension debt is military housing debt. To be clear, no analogy is to be drawn between criminals and brave service men and women that protect the nation, this is purely an asset valuation exercise. A large portion of the USA’s military housing has been privatized. The debt issued is not municipal debt, an important distinction, but is supported by the “Basic Allowance for Housing” (BAH) that is earmarked annually as an appropriation from the Federal budget by the Department of Defense (DOD), the world’s largest employer. On balance, the location of the private military housing complexes is favorable (something to think about as bases get slated for closure on occasion) to private prisons. Military housing has a much better alternate use as well, including civilian use and/or re-purposing.

The fix is in, it would appear. Private prisons will be as popular as a coal seam in the Appalachians. Trade accordingly. JCG