NASDAQ down a quick -150 into Monday, here is trading plan

18 years in Wall Street, left after finding out it was all horseshit. Founder/ Master and Commander: iBankCoin, finance news and commentary from the future.
Joined Nov 10, 2007
20,559 Blog Posts
@the_real_fly

Well, Trump was going to ban Tik Tok, because of MUH security concerns — but now all of that gets shuffled to the side because of the very trustworthy Microsoft corporation. With this deal, TikTok can now tap into the rich universe of Microsoft LinkedInners and Xbox morons. Also, and this goes without saying, our precious data is indeliby SECURED from the evil pangs of the Chinese government.

Why just today, the Chinese arrested people and many of them went into jails.

Tik Tok really didn’t have a choice in the matter. It was either accept the Softy bid or be eliminated. Too bad for the Byte-tards who got fucked selling Vine to Twitter and then launched Byte. They suck once again.

Moving on, futures are flat. Gold is up. Cryptos are taking a breather. You need to REDUCE YOUR EXPECTATIONS with cryptos and simply look at them as a hedge against your dollars going into the shitter. It’s important for us to realize the world is barreling towards perdition and everything you hold sacred will soon be lost, amongst the rabble and broken rocks of 50 million unemployed Americans. The whirring speed of the economy collapse was so severe and so fast, markets went up. On a year to date basis, however, we’re still down 14% on all stocks and many economically sensitive industries are OFF by half.

By golly, should be crest again and spin out into fall, we can still bargain for a -30 to -50% cataclysmic decline.

TikTok was last valued at $50b. I’d be surprised if MSFT paid half that.

I have zero emotions on the matter. I feel absolutely nothing.

If you enjoy the content at iBankCoin, please follow us on Twitter
2020-08-02
Dr. Fly
Share
Previous Today’s Trade is Such a Let Down
Next THE FLY IS BACK AT THE TURRET; MARKETS EXPLODE HIGHER 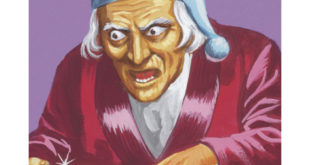 ABSURD SEQUENCE OF EVENTS — NASDAQ CLOSES NEXT TO UNCH