18 years in Wall Street, left after finding out it was all horseshit. Founder/ Master and Commander: iBankCoin, finance news and commentary from the future.
Joined Nov 10, 2007
20,339 Blog Posts
@the_real_fly

Every parent has used JNJ talcum powder for their children when they were babies. Little did you know, fuckers, you were breathing in cancer. How fucking nice.

JNJ has repeatedly denied that their talc had cancer causing asbestos in it, until now. Even with this disclosure, they leave open the caveat that it could be, in fact, a counterfeit or fraudulent sample. I suppose some fucking mess lawyer snuck into the JNJ factories and dropped some asbestos in it. This is more House Johnson muddying the waters. Make no mistake, baby powder is fucking toxic.

Johnson & Johnson initiates voluntary recall in the United States of a single lot of its Johnson’s Baby Powder in response to FDA test indicating the presence of sub-trace levels of chrysotile asbestos contamination (no greater than 0.00002%) in samples from a single bottle purchased from an online retailer (136.17) Despite the low levels reported and in full cooperation and collaboration with the FDA, JJCI is initiating this voluntary recall of Lot #22318RB of Johnson’s Baby Powder, from which the tested sample was taken. In parallel, Johnson & Johnson Consumer Inc. (JJCI) has immediately initiated a rigorous, thorough investigation into this matter, and is working with the FDA to determine the integrity of the tested sample, and the validity of the test results. At this early stage of the investigation, JJCI: Cannot confirm if cross-contamination of the sample caused a false positive. Cannot confirm whether the sample was taken from a bottle with an intact seal or whether the sample was prepared in a controlled environment. Cannot confirm whether the tested product is authentic or counterfeit.

This via Asbestos dot com

The term “asbestos” refers to six different minerals. The term “asbestiform” refers to minerals with a crystal-like structure that resembles asbestos and shares properties with asbestos. Examples of asbestiform minerals include erionite, richterite, winchite and taconite.

Geologically, talc and asbestos can naturally form alongside each other. Not every talc deposit is contaminated with asbestos. The ones that are contaminated tend to contain tremolite or anthophyllite, both forms of amphibole asbestos, rather than chrysotile, which is the serpentine form of asbestos.

Whether a particular talc product contains asbestos has everything to do with its geologic source. If the talc deposit contains asbestos or asbestiform minerals, the products made with that talc are likely contaminated with asbestos.

Also, just recently, the fuckers lost another case — GUILTY of cancer causing baby powder. How insidious is this?

The verdict was handed up in a courtroom just miles from Johnson & Johnson’s corporate headquarters in New Brunswick, New Jersey. The jury ordered the company to pay plaintiffs $37.2 million in compensatory damages. The same jury is expected to consider punitive damages later this month, according to a Bloomberg report.

Douglas Barden, 65, David Etheridge, 57, D’Angela McNeill-George, 41, and Will Ronning, 46, said they developed mesothelioma after inhaling asbestos allegedly present in Johnson’s Baby Powder and Shower-to-Shower talcum powder products. The group claimed they were repeatedly exposed to the cancer-causing minerals through the talc-based powders their parents used on them when they were children.

That’s right — they got mesothelioma because their parents used baby powder on them when they were babies. We need a hard reset. 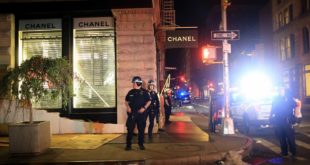 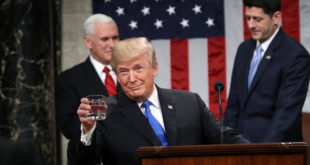 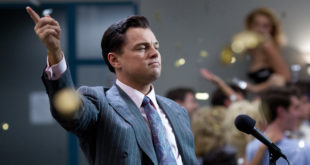