18 years in Wall Street, left after finding out it was all horseshit. Founder/ Master and Commander: iBankCoin, finance news and commentary from the future.
Joined Nov 10, 2007
20,053 Blog Posts
@the_real_fly

Maybe “The Fly” Needs a Bailout

It’s a lunatic market. What else is there to say?

Stocks go up, when they’re supposed to go down and vice versa.

One thing is abundantly clear: The bears are a bunch of old pussies, unable to ride a bicycle without training wheels, let alone drive this market lower.

Bottom line: [[POT]] is booking for $200. Retail stocks climb, despite a dead consumer. Bank stocks gain, on the backs of deceased lines of credit. In total, with the exception of a handful of tech names, the market is barely down, year to date.

This is supposed to be a “bear market” with a recessionary economy. However, investors are treating it like 1999 on vitamin B-12 injections—during boom time.

With the small amount of money I have left, I will throw money at homeless men in Manhattan.

UPDATE: The near Godly folks at iNo.com have agreed to give a free subscription, to the winner of the “Final Four” contest, offering two of their paid services for one year—with a total value is $548. Click on the myriad of of iNo ads for details (no, I do not get paid per click). More on this later. 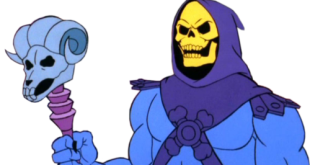