I’m surprised, in a contest where one has nothing to lose, that there were not more entries. However, there were enough to generate some interesting statistics.

Some participants foolishly chose the same number as others. This means one of them will not win.

END_OF_DOCUMENT_TOKEN_TO_BE_REPLACED

I decided to look back at the SPY and see how often this has occurred since the October 2002 bottom. As the chart shows, it has happened twice: Summer of 2004 and Summer of 2006.

It is important to note that the crossing of theÂ 10 weekÂ averageÂ under the 40Â week average, in both instances,Â marked the bottom, almost to the week.

The weekly SPY chart is already showing a Death Cross while the 1 year daily SPY will print a death cross within a week’s time, assuming the indexes do not rocket skyward.

END_OF_DOCUMENT_TOKEN_TO_BE_REPLACED 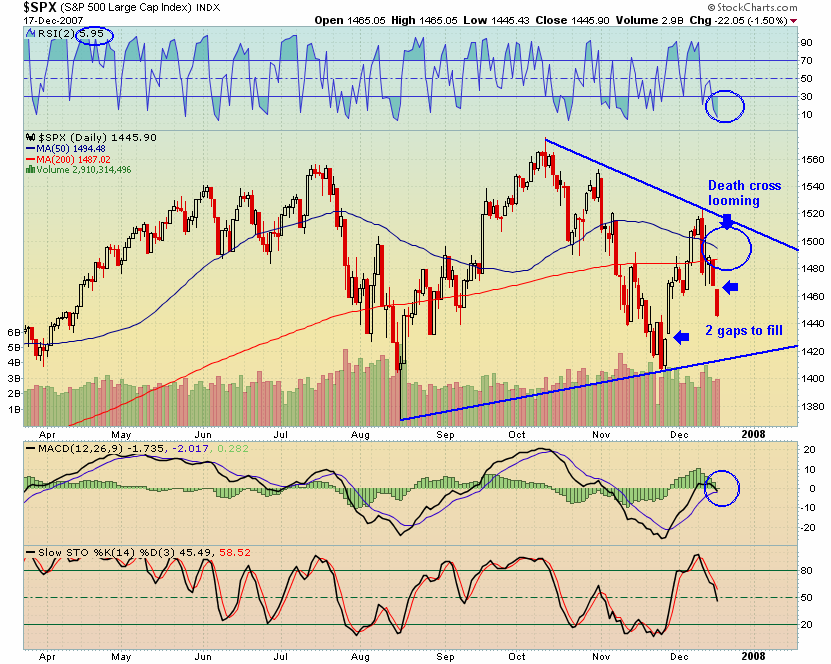 Most of the city slickers out there have no idea about the true meaning of “Bulls Get Banded.”

Let me explain for those who are encumbered by their city-livin’.

See, chickens do not come from a can, and Bulls are not born as Steers. Whoa Nelly. You do not know the difference between a Bull and a Steer? Those who went net long into today’s trading sure do. But we’ll get to that later.

There is only one way to make a Bull a Steer. His balls must be removed. Period.

And to do that, I’m sure most of you would take your wife’s best Cutco and head out to the pasture with the intent of grabbing that Bull by the balls and sawing through his leathery scrote.

Actually, neither of you would survive. The Bull would bleed to death, but only after he split your skull with his hooves. 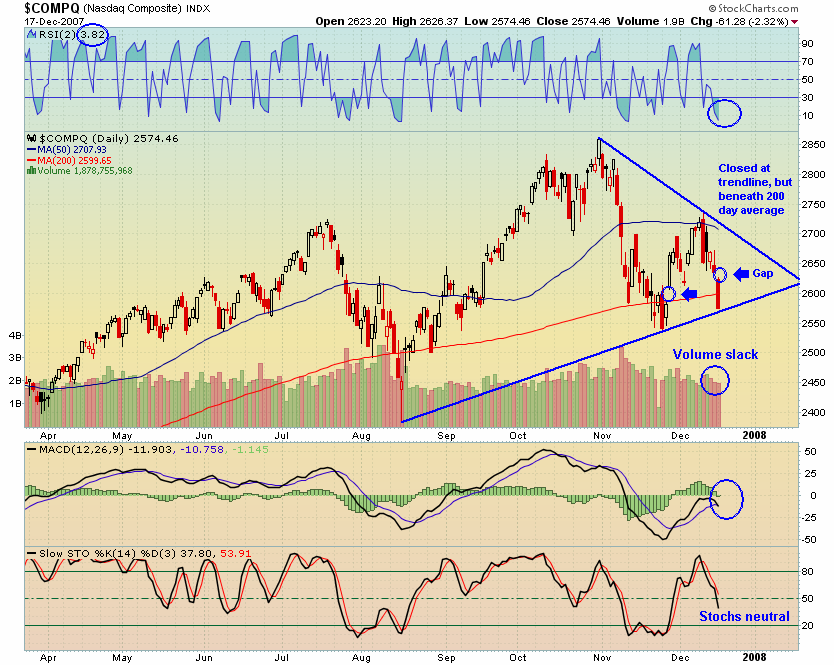 The only correct way to separate a Bull from his balls is to band him. And to band a Bull correctly, one needs to use the EZ bander below. This tool effectively allows the mortal man to stealthily wrap the equivalent of a brocolli rubber-band-on-steroids around the Bull’s business, keeping him virtually unaware that the bander has essentially strangled the very essence of his bullishness. 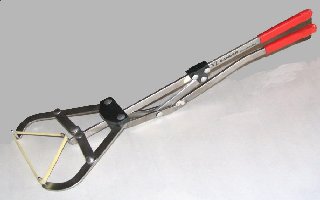 Within a short period of time, the Bull’s balls, now almost entirely cutoff from life-giving blood, will die. In the mean time, the Bull goes about doing what Bulls do, never suspecting that his testicles are rotting and are fixing to fall off.

Soon, the indexes will again bounce; oscillators will oscillate, indicators will indicate, and the Bulls will have forgotten that they are banded. Enjoy them while they last, Bulls.

END_OF_DOCUMENT_TOKEN_TO_BE_REPLACED

Â The winnersÂ of this contestÂ will receive one of these books, signed by “Woodshedder,” and mailed by me at no expense to the winner. Each book is destined to be worth less by the timeÂ it is received than even before I sign it.

Submit an entry and prove your time machine is better than everyone else’s.

END_OF_DOCUMENT_TOKEN_TO_BE_REPLACED

A reader (sorry, can’t remember who) asked about [[GLD]] forming a triangle.

It certainly seems to be, although a case could be made for starting the bottom line in the October gap-up, which would make the triangle not-quite-so-pretty as I’ve drawn it. Keep in mind where one draws this bottom line is somewhat more subjective than the upper line.

Both Stochs and RSI(2) are in the neutral zone, with the MACD slowly moving towards a bullish crossover. GLD is finding support at the 50 day moving average. These are all bullish.

The triangle looks to be complete before 2008. Because these are typically continuation patterns, and GLD is consolidating a run up, my guess is GLD breaks out to higher prices.

END_OF_DOCUMENT_TOKEN_TO_BE_REPLACED

The first RSI(2)<2 play, ECA, is still up 5% from the close of the evening the post was published.

The next selection is NTES. This stock is oversold, and the price is near an area with 3Â levels of support.Â There is the rising 50 day average, the rising uptrend line (started from the August low) and likely long-term support from the April and July highs/pivot ponts.

The stochastics reading is an area of concern. It is suggesting more weakness for NTESÂ before a bounce. The stochasticsÂ may need to become more neutral or oversold before a bounce, although the extremely volatileÂ market environment makes this directionalÂ call difficult.

I’ve placed a circle on the chart where I would like to buy NTES, should I decide to take this signal on Monday.

You can read more about the RSI(2) indicator andÂ how I employ itÂ in this article: Improve Your Timing With RSI(2).

END_OF_DOCUMENT_TOKEN_TO_BE_REPLACED

Woodshedder’s Guide to Trading Through January 2008

The fear, uncertainty, and doubt that is underlying the markets of late make it very hard to stay focused and disciplined (at least it does for me).

In order to keep my trades moving with the market, and not against it, I have created the above guide. I am also making one for the SPY and DIA, and will post them when they are completed. MaybeÂ they will be helpful to some of you out there.

One note: The chart is not very clear about the support line drawn starting from the August low. Should the Comp trade beneath that line, I will be very bearish, even ifÂ the indexÂ stays above the recent downtrend line which begins at the October high.

One way to interpret this guide is to focus on the 4 quadrants. Currently, the market is in a neutral zone, but will soon break out of this zone and into 1 of 3 other quadrants. When that happens, I will plan my trades according to the guide.

Keep in mind that these lines are based on support and resistance, and are not “magical.” Therefore, there may be times when the index trades somewhat in between quadrants.