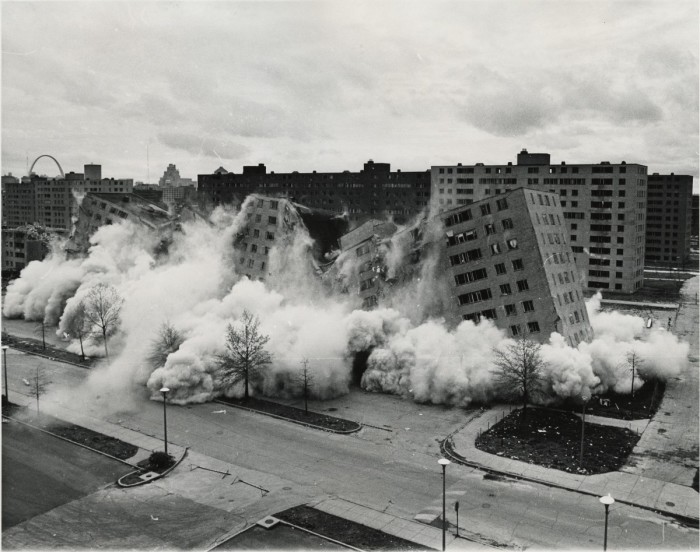 END_OF_DOCUMENT_TOKEN_TO_BE_REPLACED

I must start this post with my sincere thanks for the comments you all left me on my semi-retirement post. I was treuly moved by your comments.

Because when one semi-retires from something, no one wants to hear that the semi-retiree has been doing nothing. That would represent pure laziness and sloth. Why would one semi-retire if he was going to do nothing? Indeud, I have been enjoying semi-retirement, having recently purchased a beautiful piece of property on the Cacapon River, West Virginia’s cleanest river. 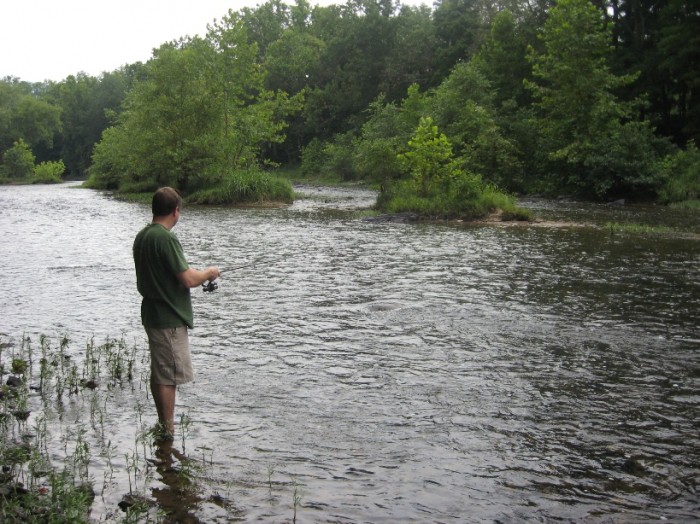 I caught a nice smallmouth shortly after this picture was taken.

So life is good. Which is a nice segue to the reason I am posting this, which is that my Fidelity Sector Fund Rotational System killed it in July, and surged ahead of its $SPY benchmark.

The top five ranked Fidelity Sector Funds are as follows:

The system rotated into some new funds last week. It is currently holding FSAVX, FSRBX, and FSRPX.

END_OF_DOCUMENT_TOKEN_TO_BE_REPLACED

My first post here at iBC was on November 12th, 2007. iBankCoin and System Trading with Woodshedder were forged in the fires of the approaching Armageddon, and I believe the blogging and the trading that took place during that period of time left an indelible mark on my psychology. In 2007 and 2008 I was transitioning from a purely technical swing trading style to something more quantitative. I had experienced years of success with discretionary trading, but as mentioned above, something about that period of time changed me. If memory serves, I finished 2008 up 10%, which was fairly remarkable considering everything that happened.

Six years ago, many things were different about finance and financial blogging. The retail investor had risen like a phoenix from the ashes of the 2000 bear market. They still believed that they could beat the market, and beat the experts. Technology and software was exploding, and these developments gave the little guy a belief (maybe an erroneous one) that they could stand shoulder to shoulder with “professionals” (I use that term lightly). Then came the crash of 2008.

There are numerous sites out there that exist in pretty much the same space as my blog. These bloggers, researches, statisticians and traders are very good at what they do, and they do it full-time.  My full-time job has become more and more demanding, and the outcomes that I can produce there are much more important to our planet than whether or not I can write about quantifiable strategies that can beat the market. As I have become more and more invested in the work I do full-time, the number of hours I spend on it have increased in both mental and physical terms. My boys, 12 and 7, and my wife, also compete for my attention. In the end, something had to give, and it just makes sense that the 1-2 hours a evening that I spend researching and writing is not generating enough of a return to be sustainable.

I love iBankCoin. This blog has been a huge part of my life for a long time. Blogging here has afforded me incredible opportunities. I have met incredible people, and I have been able to use it to network with people who have helped me develop my skills in a way that would never have been possible without the blog.

I will still write here from time to time. I plan to keep posting updates to my Fidelity Sector Rotational System, and I would like to write about abnormal market behaviors. But I can no longer keep up the day-to-day updates.

To my partners Fly, Chess, RC, and Mr. Cain Thaler,  keep up the excellent work fellas. Fly, I think you know that I hold you in the highest regard, and you are without a doubt one of the few distinguished gentlemen left in this world.

If anyone would like to contact me in the future, my email is woodshedder73 at the google mail.

END_OF_DOCUMENT_TOKEN_TO_BE_REPLACED

Is Diversification Really a Free Lunch?

Some of these articles, and more, can be found over at The Whole Street.

END_OF_DOCUMENT_TOKEN_TO_BE_REPLACED

After seeing $SPY run up to the 50 day average and then reverse, I was feeling pretty good about my expectation that the correction would continue. Then I read the Quantifiable Edges study, Why The Strong Breadth The Last 3 Days Should Be Viewed Positively By Bulls, posted in What I’m Reading This Weekend.

After seeing Hanna’s breadth results, I’m very curious about what the results of this study will be. As I’m writing this, I still do not know. 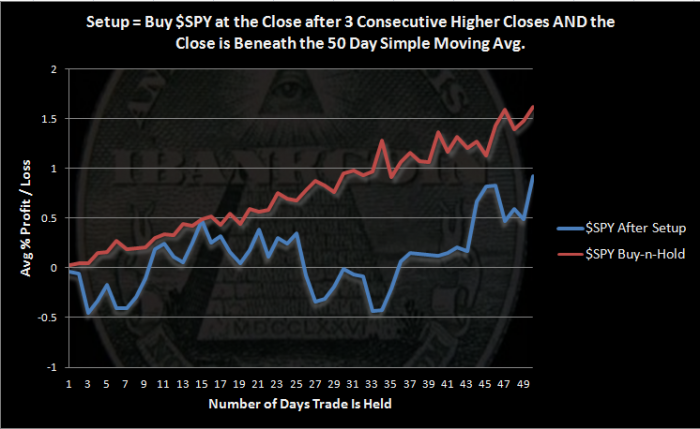 There were 94 occurrences of this setup and 39 trades were able to be held for the full 50 days.

As the chart shows, this setup under-performs $SPY buy and hold. This may be due to the requirement that $SPY close beneath the 50 day moving average. I would call the results of this setup neutral to bearish.

The results posted by Quantifiable Edges are more bullish than my results. I would like to see that breadth study add the condition for the close to be beneath the 50 day average.

I have written many, many times about how hard it is to find a study that yields bearish results. The market has a bias to the upside, and study after study shows the bias. This study, however, does not. The results, while not earth-shaking, should be viewed as a caution signal. My interpretation is that we can expect more volatility, more up and down, while ultimately moving sideways, for at least a few weeks.

END_OF_DOCUMENT_TOKEN_TO_BE_REPLACED

$SPX Gains by More than 10% in the First Half , how Does Second Half fare ?

What Happens When You Buy Assets Down 80%?

These articles, and more, can be found over at The Whole Street.

END_OF_DOCUMENT_TOKEN_TO_BE_REPLACED

This system goes to cash anytime the S&P 500 is trading beneath its 50 day simple moving average. However, since the Fidelity sector funds must be held for 30 days lest a .75% penalty be incurred, the system doesn’t always go to cash exactly on the day that the S&P 500 closes beneath its 50 day average. This is indeed the current state of affairs. One of the funds held by the system was purchased on June 19th, and is thus still being held. The other two funds were sold on the close of June 21st, which is the day after the close beneath the 50 day average. The system takes end-of-day signals and acts on them at the next close.

If the market continues to correct, it is possible that the system’s underperformance will be mitigated, and the system may even catch up or get ahead of the S&P, since it is 66% in cash. If the S&P takes off from here and re-takes its 50 day average, the system will be even farther behind.

The top five funds, as ranked by the system, are as follows:

Of course I am biased as I trade the system in a Fidelity 401K, but I believe the S&P goes lower which will give the system a chance to catch up. The wild card may be a squeaker close above the 50 day average before a reversal lower. If this happens, the system will once again be 100% long and will catch any downside while having missed the previous move back up to the 50 day average. That is the worst-case scenario.