Mon Sep 17, 2012 7:43am EST Comments Off on Exchanges Face a SEC Probe on Products and High Frequency Trading Technology

The SEC is ”  alarmed at a recent string of high-profile technology mishaps that have roiled stock markets, …”

Therefore they must appear to be doing their job….just like they did before the 2008 debacle.

END_OF_DOCUMENT_TOKEN_TO_BE_REPLACED

Came across this article which was spurred by an article in the Washington Post. Very interesting indeud.

END_OF_DOCUMENT_TOKEN_TO_BE_REPLACED

European markets closed down on rumors and comments over decisions concerning Greece. No decisions will be made until September 12, so until then we may see some volatility and exacerbated speculation.

END_OF_DOCUMENT_TOKEN_TO_BE_REPLACED 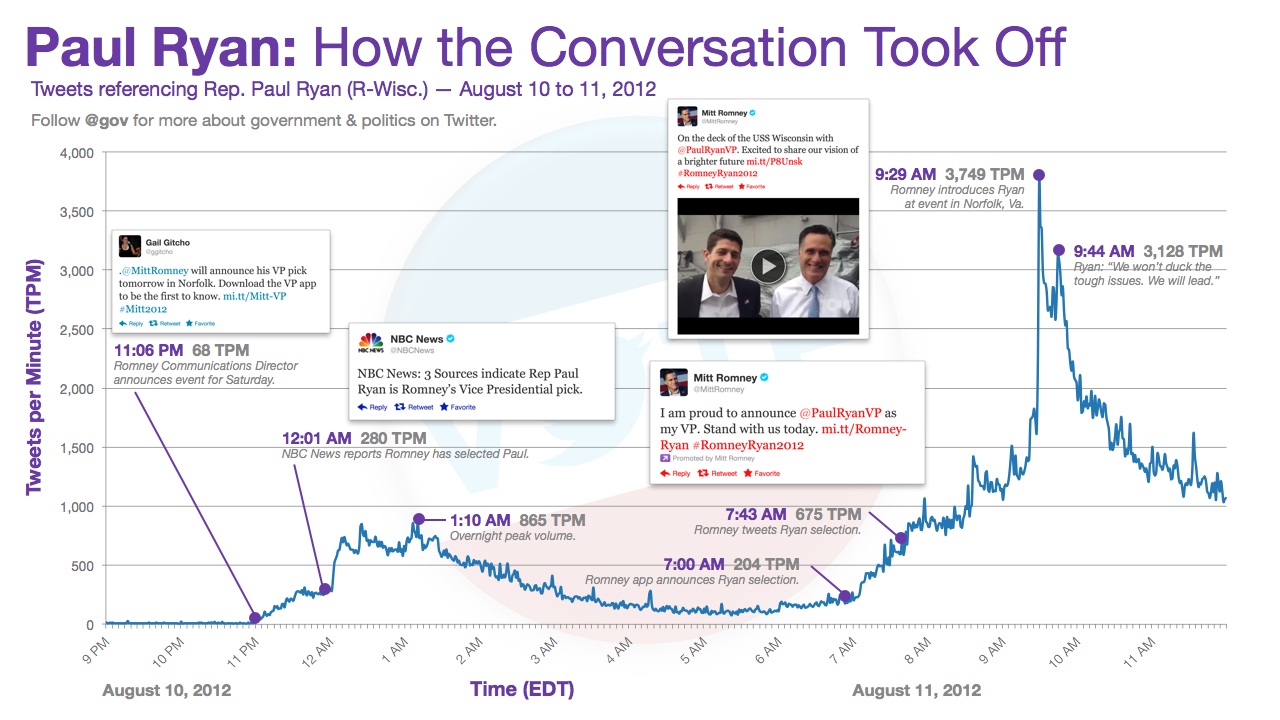 END_OF_DOCUMENT_TOKEN_TO_BE_REPLACED

Cuba Gooding Jr. just caught a huge break after allegedly pushing a female bartender in New Orleans this week — the bartender has decided to drop her battery charges against the actor.

TMZ broke the story … an arrest warrant was issued for Cuba for allegedly roughing up the bartender at The Old Absinthe House on Bourbon Street early Tuesday morning when she asked him to leave.

The bartender told police Cuba had grown irate at several bar patrons for taking his photo … and that’s when she told him to take a hike.

Cuba met with police officials yesterday and the arrest warrant was revoked — but he was issued a summons to appear in court to answer to the allegations.

Lucky for Cuba, it now looks like he’ll get off scot-free — because bar managers at the Old Absinthe have released a statement, saying the bartender involved in the dispute has decided not to press charges.

END_OF_DOCUMENT_TOKEN_TO_BE_REPLACED

“Here are your Apple rumors and AAPL news items for today:

Apple to Double Its Shares: A Bernstein Research analyst says that Apple(NASDAQ:AAPL) may be planning a stock split,Forbes notes. The split could make it easier for Apple to be included in the Dow Jones Industrial Average, which is weighted by share price and contains only two companies with shares north of $100, Chevron (NYSE:CVX) and IBM (NYSE:IBM). Apple stock has split — on a 2-for-1 share basis – three times in the past, in 1987, 2000 and 2005.”

END_OF_DOCUMENT_TOKEN_TO_BE_REPLACED 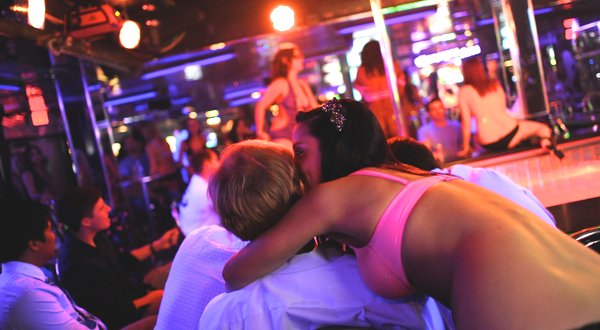 TAMPA, Fla. — Over at the back door of the 2001 Odyssey, a limo-size tent with flaps — especially designed for discretion and camera-shy guests — is ready to go up. Déjà Vu is welcoming extra “talent” from around the country in its V.I.P. rooms.

And Thee DollHouse is all Americana: women plan to slip out of red, white and blue corsets and offer red, white and blue vodka. The headliner that week is expected to bear an uncanny resemblance to a certain ex-governor from a wilderness state, known for her strong jaw and devotion to guns and God.

“She’s a dead ringer for her,” said Warren Colazzo, co-owner of Thee DollHouse. “It’s just a really good gimmick to get publicity.”

As Tampa gears up for the Republican National Convention, the biggest party it has ever held, the city and its businesses are primping and polishing for the August arrival of tens of thousands of visitors. Like it or not — mostly not, for city officials — Tampa’s well-known strip clubs have joined the welcome wagon.

Club owners here say they have schmoozed with their counterparts in former host cities, like Denver, and have been told that revenue pours in during conventions, sometimes quadrupling earnings from a Super Bowl week. As for party affiliation, this is one place where the country’s caustic partisan differences fall away, owners say.

Angelina Spencer, the executive director of the Association of Club Executives, which serves as a trade association for strip clubs, said an informal survey of convention business in New York and Denver had determined that Republicans dropped more money at clubs, by far.

“Hands down, it was Republicans,” she said. “The average was $150 for Republicans and $50 for Democrats.”

Perhsing Square, a hedge fund with roughly $10 billion under management, has been a large and active investor in Canadian Pacific Railway [CP  74.88

Earlier in the day, Ackman had told investors in a letter that it sold itsCitigroup[C  27.10

] shares to help build a stake in Procter & Gamble. Ackman told CNBC his fund owns about $1.8 billion dollars worth of stock in P&G.

Ackman revealed that his fund owns $1.8 billion worth of stock in the company.

END_OF_DOCUMENT_TOKEN_TO_BE_REPLACED

Traders on Wall Street are always looking to get an edge and pull ahead, especially in this catch-a-falling knife market. The latest secret weapon isn’t some complex trade or computer algorithm, it’s something more primal — testosterone.

Testosterone has been blamed for many a bar fight but some aging traders and executives — and aging on Wall Street means 30 and up — who feel these young kids breathing down their necks and the economic screws tightening, say boosting their testosterone levels has helped them get their edge back.

Testosterone levels in men tend to be anywhere from 150 to 850 nanograms per deciliter (ng/dL), depending on age and other factors. Testosterone levels typically start to decline after age 30. For some men, as they get older, those levels fall to 200 or below. “Low T” as its been branded, has been attributed to that sluggish feeling, muscle aches, belly fat, low stamina, low sex drive and lack of focus that many just attribute to the aging process.
READ THE REST HERE

END_OF_DOCUMENT_TOKEN_TO_BE_REPLACED

Rumors indicate that PFG’s CEO tried to commit suicide after $225 million of private deposits were vaporized.

PFG and PAM are on lockdown.

END_OF_DOCUMENT_TOKEN_TO_BE_REPLACED

“GM (NYSE: GM) has begun negotiations with Facebook over being to advertise on the social network again (Reuters)

END_OF_DOCUMENT_TOKEN_TO_BE_REPLACED

While i was out to lunch rumors pushed the markets up from 100 DOW points to as much as 150 DOW points. The rumor was Merkel discussed buying bonds of troubled governments in Europe at the G20 meeting. The rumor is now being called absolutely false and the DOW is only up 102 points.

END_OF_DOCUMENT_TOKEN_TO_BE_REPLACED

$MS, $GS, and $JPM Said to Join $FB in a Motion to Blame NASDAQ for Botched IPO

Sources close to the matter say Facebook is going to file a motion to consolidate all shareholder lawsuits. They will allegedly place blame upon the NASDAQ and the underwriters of the IPO will join $FB.

END_OF_DOCUMENT_TOKEN_TO_BE_REPLACED

Rumor Has it $FB Wants to Buy Wildfire

“On its Web site, Wildfire describes itself as “an easy-to-use yet powerful tool to grow, engage, and monetize your audience on Facebook, Twitter, YouTube and LinkedIn.”

Facebook, we’re told, is a leading suitor. This makes some sense. Facebook needs to find a way to tax marketers for the value they get out of pushing their products using Facebook’s free tools.”

END_OF_DOCUMENT_TOKEN_TO_BE_REPLACED

Rumors of Nokia Being Bought Out by Samsung are Played Down

Mon Jun 11, 2012 10:48am EST Comments Off on Rumors of Nokia Being Bought Out by Samsung are Played Down

“Shares of Nokia Corp. (NYSE: NOK) rose more than 12% last week, about half that on Friday as rumors swirled that the company might be acquired. Nokia, now partners with Microsoft Corp. (NASDAQ: MSFT) in the smartphone sector, has just been hammered since the introduction of the iPhone from Apple Inc. (NASDAQ: AAPL) and the Android operating system from Google Inc. (NASDAQ: GOOG). Shares have fallen from a high of around $40 in late 2008 to just around $3.”

END_OF_DOCUMENT_TOKEN_TO_BE_REPLACED

” (NYSE: NOK) is popping early Friday morning on questionable rumors it might be a takeover target of Samsung.

Shares are up about 6 percent early.

Rumors of a takeover could not be confirmed.”

END_OF_DOCUMENT_TOKEN_TO_BE_REPLACED

Wed Jun 6, 2012 11:16am EST Comments Off on Morgan Stanley May Sell Part of Commodities Unit

“(Reuters) – Morgan Stanley is considering selling a stake in its commodities unit, CNBC television reported on Wednesday, as regulatory pressures weigh on the outlook for the business.

The investment bank has been exploring a partial sale since at least last year and has talked to several parties, including private equity firm Blackstone Group LP , CNBC said, citing sources.