END_OF_DOCUMENT_TOKEN_TO_BE_REPLACED

Park Avenue Millionaire Dies And Leaves $1.5 Million To His Door Man And Chauffeur

A millionaire Park Avenue music mogul, lonely after his wife dumped him, repaid two faithful workers who gave him a shoulder to cry on — by making them rich after his death.

“I don’t know what to do exactly with the money, but one thing I know for sure — every year, I’m going to bring the guy some flowers at his grave,’’ said suddenly rich chauffeur Jean Laborde, who received $1 million, or 10 percent, from boss Alan Meltzer’s $10 million estate.

END_OF_DOCUMENT_TOKEN_TO_BE_REPLACED

The Carolina Panthers have had the same team logo since the team began playing in 1995. But that’s about to change, as the team announced the change on Sunday evening during the Pro Bowl.

“We have one of the finest and most recognizable logos in the NFL and wanted to make it as modern as possible without losing the dramatic essence of the mark,” said Carolina Panthers President Danny Morrison. “It is a cleaner style that is easier to read and should be more applicable to different uses.”

END_OF_DOCUMENT_TOKEN_TO_BE_REPLACED

Here’s the real winner of this year’s Super Bowl

The Super Bowl is the mecca of all holidays for me. OK, so it’s not an actual holiday, but you couldn’t drag me out of my house kicking and screaming if the Super Bowl is on TV.

It’s also the mecca of all days for networking company NBC, owned by Comcast (CMCSA +0.11%), because it will be raking in an average of $3.5 million per 30 seconds for the rights to advertise during the Super Bowl. Advertising prices have risen 50% in just the past 10 years, and ads are expected to generate in the neighborhood of $250 million just from this one game.

END_OF_DOCUMENT_TOKEN_TO_BE_REPLACED

Eight companies are expected to go public this week alone, including two technology companies and four in the energy sector. “Barring a market selloff and or geopolitical events, 2012 is shaping up to busy year, and in my opinion should easily surpass last year’s IPO quantity,” according to Scott Sweet of IPO Boutique.

Facebook reportedly plans to file IPO documents on Wednesday, in what’s bound to be the biggest deals in years. Read more about Facebook’s potential filing and valuation.

The 2012 pipeline itself is filling up fast, with 17 new U.S. IPO filings so far since the beginning of the year — the busiest since 2005, according to Renaissance Capital.

END_OF_DOCUMENT_TOKEN_TO_BE_REPLACED

Jim River, AK closed in on the all time record coldest temperature of -80°F set in 1971, which is not only the Alaska all-time record, but the record for the entire United States. Unfortunately, it seems the battery died in the weather station just at the critical moment.

END_OF_DOCUMENT_TOKEN_TO_BE_REPLACED

Here are today hybrid movers, imported in finviz for your viewing pleasure, click here for charts.

END_OF_DOCUMENT_TOKEN_TO_BE_REPLACED 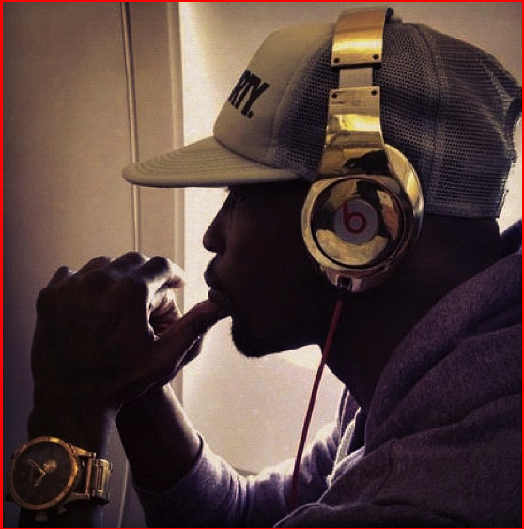 As the New England Patriots make that long, harrowing, three-hour trip from Boston to Indianapolis for the Super Bowl, they can do it in engrossed in their music. That’s thanks to a gift from receiver Chad Ochocinco, who is participating in the first Super Bowl in his career.

The Boston Herald reports that Ochocinco dropped around $28,000 on Beats by Dre Headphones for every member of the team. The headphones, widely regarded as the best in the industry, were designed by rapper Dr. Dre. The version Ochocinco picked out for the team produce a “clean, yet forceful sound.”

END_OF_DOCUMENT_TOKEN_TO_BE_REPLACED

EYE OF THE CHEATER! Newt Gingrich sued by “Survivor” Band Member for Using ‘Eye of the Tiger’

END_OF_DOCUMENT_TOKEN_TO_BE_REPLACED

BYRON, Ill. (AP) — A nuclear reactor at a northern Illinois plant shut down Monday after losing power, and steam was being vented to reduce pressure, according to officials from Exelon Nuclear and federal regulators.

Unit 2 at Byron Generating Station, about 95 miles northwest of Chicago, shut down at 10:18 a.m., after losing power, Exelon officials said. Diesel generators began supplying power to the plant, and operators began releasing steam to cool the reactor from the part of the plant where turbines are producing electricity, not from within the nuclear reactor itself, officials said.

The steam contains low levels of tritium, a radioactive form of hydrogen, but federal and plant officials insisted the levels were safe for workers and the public.

The U.S. Nuclear Regulatory Commission declared the incident an “unusual event,” the lowest of four levels of emergency. Commission officials also said the release of tritium was expected.

Nuclear Regulatory Commission spokeswoman Viktoria Mitlyng said officials can’t yet calculate how much tritium is being released. They know the amounts of tritium are small because monitors around the plant aren’t showing increased levels of radiation, she said.

END_OF_DOCUMENT_TOKEN_TO_BE_REPLACED

BERLIN (Reuters) – A steady slide in beer consumption in Germany was stopped cold last year thanks to warmer weather, the federal statistics office said on Monday.

German brewers sold 98.2 million hectoliters of beer last year, down by just 0.1 percent in 2011 after dropping by an average of two percent every year since 2006. Beer consumption in Germany had fallen in all but two of the last 10 years.

Despite Germany’s reputation as a nation of beer lovers, young people are turning away from the national beverage in favour of other non-alcoholic beverages, brewers say.

The warmer weather last year as well as the World Cup soccer tournament in 2006 helped to put a floor beneath what is still the country’s most famous beverage. Germans still drink more than 100 liters of beer per capita each year.

“Beer sales depend on the weather. In the first half of 2011 — in April and May — we had a lot of warm weather, and the figures were up by 1.0 percent,” Juergen Hammer, an official at the Federal Statistics Agency, told Reuters.

“This is why this year’s results aren’t so bad. So I guess the old adage is true that when it’s warm people drink beer.”

Consumption of German beer, which has been subject to a purity law since 1516, has been in slow decline for decades.

END_OF_DOCUMENT_TOKEN_TO_BE_REPLACED

ProPublica’s Off Base Charges About Freddie Mac’s Mortgage “Bets”

Mon Jan 30, 2012 9:35pm EST Comments Off on ProPublica’s Off Base Charges About Freddie Mac’s Mortgage “Bets”

retains the riskiest tranche of its mortgage bond offering, known as inverse floaters, as heinous and evidence of scheming against suffering borrowers.

The storyline in this piece is neat, plausible, and utterly wrong. And my e-mail traffic indicates that people who are reasonably finance savvy but don’t know the mortgage

END_OF_DOCUMENT_TOKEN_TO_BE_REPLACED

Ritholtz: How Bullish is the Golden Cross (Updated)

END_OF_DOCUMENT_TOKEN_TO_BE_REPLACED 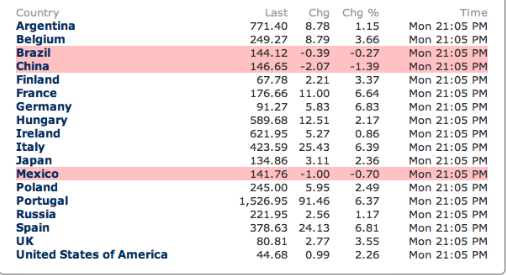 END_OF_DOCUMENT_TOKEN_TO_BE_REPLACED

Valuations for U.S. equities have been stuck below the five-decade average for the longest period since Richard Nixon’s presidency, a sign investors don’t trust earnings even after a three-year bull market.

Analysts estimate profits in the Standard & Poor’s 500 Index will reach a record $104.78 this year after increasing 125 percent since the end of 2009, the fastest expansion in a quarter century, according to data compiled by Bloomberg. American companies are boosting income so much that even after stocks doubled, the S&P 500 hasn’t traded above its 16.4 mean ratio for 446 days, the longest stretch since the 13 years beginning in 1973.

Battered by the 14 percent decline in the S&P 500 since 2000, the worst financial crisis since the Great Depression and the so-called flash crash 21 months ago, investors are staying away from stocks, even after record profits, 10 quarters of U.S. economic growth and promises by the Federal Reserve to keep interest rates near zero through 2014. Of the $37 trillion erased from global equities in the credit crisis, $24 trillion has been restored.

“After two significant bear markets, the flash crash and the lost decade, many have simply said, ‘No mas,’” Howard Ward, who helps oversee $35 billion at Gamco Investors Inc. in Rye, New York, said in an e-mail on Jan. 24. “Of course, bull markets have a history of climbing a wall of worry. And it is happening again.”

END_OF_DOCUMENT_TOKEN_TO_BE_REPLACED

We own Freddie Mac and it is betting against us!

Freddie began increasing these bets dramatically in late 2010, the same time that the company was making it harder for homeowners to get out of such high-interest mortgages.

No evidence has emerged that these decisions were coordinated. The company is a key gatekeeper for home loans but says its traders are “walled off” from the officials who have restricted homeowners from taking advantage of historically low interest rates by imposing higher fees and new rules.

But the trades, uncovered for the first time in an investigation by ProPublica and NPR, give Freddie a powerful incentive to do the opposite, highlighting a conflict of interest at the heart of the company. In addition to being an instrument of government policy dedicated to making home loans more accessible, Freddie also has giant investment portfolios and could lose substantial amounts of money if too many borrowers refinance.

“We were actually shocked they did this,” says Scott Simon, who as the head of the giant bond fund PIMCO’s mortgage-backed securities team is one of the world’s biggest mortgage bond traders. “It seemed so out of line with their mission.”

The trades “put them squarely against the homeowner,” he says.

END_OF_DOCUMENT_TOKEN_TO_BE_REPLACED

Two reports assessing wave and tidal resources in the U.S. released today by the Department of Energy (DOE) suggest that water power—including conventional hydropower and wave, tidal, and other resources—could provide 15% of the nation’s electricity by 2030.

The two reports—”Mapping and Assessment of the United States Ocean Wave Energy Resource” and “Assessment of Energy Production Potential from Tidal Streams in the United States“—were described by the DOE as “the most rigorous analysis undertaken to date to accurately define the magnitude and location of America’s ocean energy resources.”

The U.S. uses about 4,000 TWh of electricity per year, about 6% of which is generated by hydropower resources. According to the reports, the DOE estimates that the maximum theoretical electric generation that could be produced from waves and tidal currents is about 1,420 TWh per year—or about a third of the nation’s total annual electricity usage.

The DOE notes cautiously, however, that “not all of the resource potential identified in these assessments can realistically be developed.”

The two reports calculate the maximum kinetic energy available from waves and tides off U.S. coasts that could be used for future energy production, and which represent largely untapped opportunities for renewable energy development in the U.S. The West Coast, including Alaska and Hawaii, have especially high potential for wave energy development, while significant opportunities for wave energy also exist along the East Coast. “Additionally, parts of both the West and East Coasts have strong tides that could be tapped to produce energy,” the DOE concludes.

Earlier this year, the DOE announced the availability of its national tidal resource database, which maps the maximum theoretically available energy in the nation’s tidal streams. This database contributed to the “Assessment of Energy Production Potential from Tidal Streams in the United States” report, prepared by Georgia Tech.