Traders Enjoy The Carry Status of the Euro

Borrow in Euro and lever up in foreign currencies has returned 7.8% November of 2011

END_OF_DOCUMENT_TOKEN_TO_BE_REPLACED

Whole Sale Prices Fall for a Third Q in Australia

This is a good thing for the world’s economy….but too much and we call it deflation.

END_OF_DOCUMENT_TOKEN_TO_BE_REPLACED

The Euro started on a down note, but has managed to reverse losses….

The EU to meet

END_OF_DOCUMENT_TOKEN_TO_BE_REPLACED 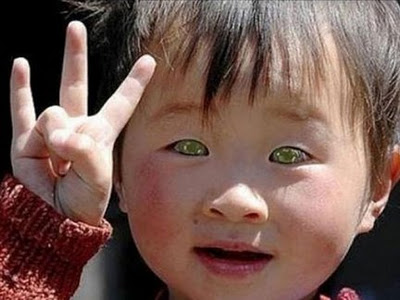 END_OF_DOCUMENT_TOKEN_TO_BE_REPLACED

The S&P is 3 Standard Deviations Above the 20 Day; An Imminent Reversal Could be Upon Us

“THE MARKET HAS COME A LONG WAY in a little while. McMillan Analysis pointed out Friday that the Standard & Poor’s 500 was three standard deviations above its 20-day average, which tends to portend at least a short, sharp reversal.

The publicity-shy investment pro known here over the past couple of years as the “mystery broker” came into the year a nervous bull, long stocks but keeping the market on a short leash as he awaited confirmation from the tape to determine if it remained a bull market. Those criteria of cyclical, risky-stock leadership, mentioned above, have checked out, yet he’s tactically cautious.

END_OF_DOCUMENT_TOKEN_TO_BE_REPLACED

Oil & the Euro Fall on Dragged Out Greek Debt Talks

Will the U.S. continue to decouple ?

END_OF_DOCUMENT_TOKEN_TO_BE_REPLACED

“The menu of pain”

It is nice to think it is always darkest before the dawn, but in the case of Europe it may be dusk going to black night.

END_OF_DOCUMENT_TOKEN_TO_BE_REPLACED

What a nail biting game we had tonight! 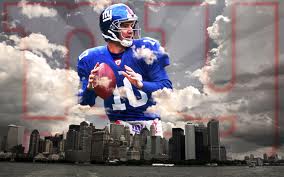 END_OF_DOCUMENT_TOKEN_TO_BE_REPLACED

PARIS (Reuters) – Europe’s proposal for a tax on financial transactions would not apply to bonds issues by governments because states need to be able to finance themselves, said France’s Finance Minister Francois Baroin on Sunday.

France plans plow ahead with its own transaction tax even as other European nations are taking longer to agree on how to implement the measure.

“The tax would apply to shares and derivatives but would naturally exclude government bonds since we are in a period where we need investors,” said Baroin in a French televised interview.

The details on when such a tax would take effect will be decided when the draft law is written in February, he added.

END_OF_DOCUMENT_TOKEN_TO_BE_REPLACED

Video: The iPhone Economy – Loss of Manufacturing Jobs Leads to Loss of Other Jobs

Sun Jan 22, 2012 9:56pm EST Comments Off on Video: The iPhone Economy – Loss of Manufacturing Jobs Leads to Loss of Other Jobs

Watch it at The New York Times.

END_OF_DOCUMENT_TOKEN_TO_BE_REPLACED

Sun Jan 22, 2012 9:51pm EST Comments Off on America Overcomes the Debt Crisis as Britain Sinks Deeper into the Swamp

Britain has sunk deeper into debt. Three years after bubble burst, the UK has barely begun to tackle the crushing burden left by Gordon Brown. The contrast with the United States is frankly shocking.

The latest report on “Debt and Deleveraging” by the McKinsey Global Institute shows that total public and private debt in the UK is still hovering at an all-time high. It has risen from 487pc to 507pc of GDP since the crisis began.

As the chart above shows, as recently as 1990 Britain’s debts were still just 220pc of GDP. Has a rich country ever been debauched so fast in peace time?

The ordeal of belt-tightening will be grim, dragging out for a generation if Japan is any guide. The Japanese at least began their post-bubble debacle as the world’s top creditor nation with a trade super-surplus and a savings rate of 17pc. Britain has no such buffers.

It is a very different picture in the US where light is emerging at the end of the tunnel. American banks, firms, and households have been chipping away at their debts, more than offsetting Washington’s double-digit deficits.

The total burden has dropped to 279pc, down from 295pc at the peak of the boom. Households have purged roughly a third of the excess, roughly tracking the historic pattern of post-bubble deleveraging.

US debt is already lower than Spain (363pc), France (346pc), or Italy (314pc), and may undercut Germany (278pc) before long — given the refusal of the European Central Bank to offset fiscal contraction with monetary stimulus.

One is tempted to ask what all the fuss was about in the US. The debt of financial institutions is just 40pc, compared to the UK (219pc), Japan (120pc), France (97pc), Germany (87pc) and Italy (76pc). Bank debt has dropped from $8 trillion to $6.1 trillion — accelerated by the Lehman collapse — as lenders rely more on old-fashioned deposits.

Tim Congdon from International Monetary Research said US banks were never as damaged as claimed and now have the highest capital ratios in over thirty years. The rate of loan write-offs has dropped from 3.2pc to 1.9pc, a faster improvement than after the financial crisis of the early 1990s.

END_OF_DOCUMENT_TOKEN_TO_BE_REPLACED

Full text of statement by the Paterno family on the death of Joe Paterno:

It is with great sadness that we announce that Joe Paterno passed away earlier today. His loss leaves a void in our lives that will never be filled.

He died as he lived. He fought hard until the end, stayed positive, thought only of others and constantly reminded everyone of how blessed his life had been. His ambitions were far reaching, but he never believed he had to leave this Happy Valley to achieve them. He was a man devoted to his family, his university, his players and his community.

He has been many things in his life — a soldier, scholar, mentor, coach, friend and father. To my mother he was and is her soul mate, and the last several weeks have shown the strength of their love. To his children and grandchildren he is a shining example of how to live a good, decent and honest life, a standard to which we aspire.

When he decided to forego a career in law and make coaching his vocation, his father Angelo had but one command: Make an impact.

As the last 61 years have shown, Joe made an incredible impact. That impact has been felt and appreciated by our family in the form of thousands of letters and well wishes along with countless acts of kindness from people whose lives he touched. It is evident also in the thousands of successful student athletes who have gone on to multiply that impact as they spread out across the country.

And so he leaves us with a peaceful mind, comforted by his “living legacy” of five kids, 17 grandchildren, and hundreds of young men whose lives he changed in more ways than can begin to be counted.

In lieu of flowers or gifts, the family requests that donations be made to the Special Olympics of Pennsylvania or the Penn State-THON, The Penn State IFC/Panhellenic Dance Marathon.

END_OF_DOCUMENT_TOKEN_TO_BE_REPLACED

Sun Jan 22, 2012 1:05pm EST Comments Off on The Shanghai Composite May Have Bottomed Thanks to the Chinese Gov’t

Shanghai’s channel surfing Panda bears are speaking with a little higher pitch this weekend after getting their ‘hood caught in a vicious squeeze and reversal. The stock index has bounced 8.7 percent off its January 6th lows after falling 31 percent from last April’s 12-month high.  The Shanghai was down 39 percent from its August ‘09 post-crash high before reversing earlier this month.  Hugh Hendry nailed it.

We don’t know if the bottom is in but it seems clear to us the government doesn’t want the stock market to fall any further. They have unleashed the Dragon on the bears with a series of policies to prop up the market.

To read the rest and see the pretty graphs, go here.