Trump has been dominating the headlines the past few days, drawing ire from the most ridiculous tweet of the year.  In case you’ve just awoken from your pre-4th of July blackout coma, please watch the video below.

Being a redneck conservative and old school wrestling fan, I thought the video was comical but also insane. Unless you absolutely hate Trump’s guts, I would venture to say his post at least made you smirk a little or at least shake your head in bewilderment.  But, once you started seeing the media’s reaction, you acted in disgust and contempt.  Every time he posts something insane like this I think to myself, “Yup, this is gonna be the one that gets him impeached.”

Could you imagine if Obama did something like this?

Trump will go down in the troll hall of fame with this post and mainstream media cannot stop talking about it or him for that matter.  The post kicked off a witch hunt led by CNN to find the person responsible for creating the video.  Leftists were also calling for Twitter to ban Donald Trump.  Lest we forget that not less than 2 months ago, Jack Dorsey said Donald Trump’s tweets are good and he should keep posting them.

But, let’s get back to why CNN should buy Twitter and the steps they can take to regain a sliver of their dignity.

The following playbook would most likely be the death blow for Twitter as a functioning product and company, but god damn it would be hilarious.  I can already picture Trump making all of his advisors produce anonymous egg accounts on a daily basis to barrage mainstream media with a lifetime supply of high level trolling.

Full Disclosure: Long $TWTR. No position in $T or $TWX. 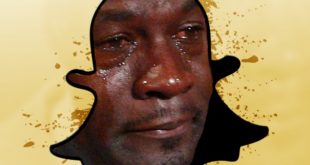