Tony- I know all about the white man’s set up am glad you decided to talk to me Juni. You and I we are going to plan how to make a bomb so that it explodes on that mother fucker. Believe me Juni I know all of the men that are working for him. The one with a big belly got me fired . That was when me and the guy from Spanish town where there

.Juni- All of them are on your side right?

(A girl enters near the conversation)

Juni- So yes miss Rosealin you act like you don’t know people any more.

Rosealin- Who are you talking to?

(Another womn enters near the conversation)

Tony- You’re passing by an acting like you don’t see me or hear me calling you. So, are you okay?

Tony- So my little friend here love’s you. To the other woman: Are you Ms. Gilbert

Tony- We all love you and don’t mean to offend you. You are turning back like we are offending you.

Tony –cool it okay see what I mean. You I have one of those in my yard. I bought them from colmoyote. I heard it from a freind that someone gave it his freind to drink and by morning he was dead. If it was me that someone was fucking with I would want to barrow a gun from one of my buddies.

Juni- Where, over there?

Tony –No boy. Back of the pea tree. I am going to wait and as he come out am going to shoot him.

Juni-so you are saying you are going to wait for the white man by his gate right?

Tony-yes in the middle of the gate pointing straight at the glass. He is fucking with me man

juni- You are going straight to the (police) station

Tony – Cross that off. It is not to hard my friend

juni- Not at all

Tony-he is fucking with men out here and act like he is god he is going to get fucked. Because I was a BDF (Belizean Defense Force) I now have something that’s round. I could give it to you. you pull the pin like this. You walk pass the gate and when no one notices then you pull out the pin you turn it then a lot of them are going to get fucked. Once you pull the string and throw it, it will explode But the main man I want to fuck is him. The other guy is cool

Juni- Who is the other guy? Erik?

Tony- Yes, he his is cool. He is different.

Juni- yes he is a cool guy, you have seen the guy more than one time right.

Tony- yes I have seen him I had my gun on my shoulder me an him are good. But on other hand, Noel, that mother fucker, I want to fuck him up. He is the white man’s informer.

Tony- Don’t worry about anything

Tony- Can you give me some paper (money)?

Tony- I want one more smoke dude I appreciate it ill see you later junnie. 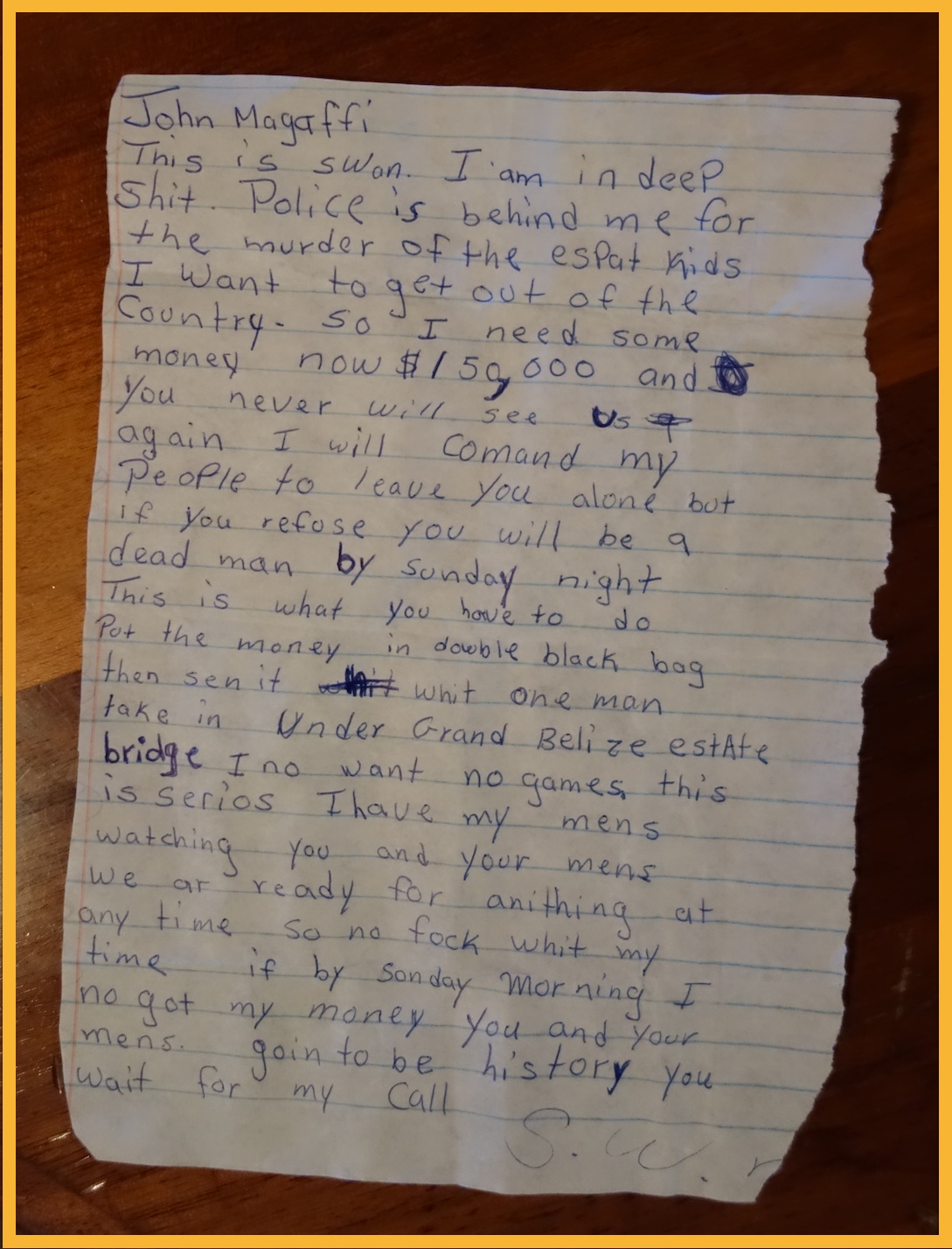