Have a Golden Plan 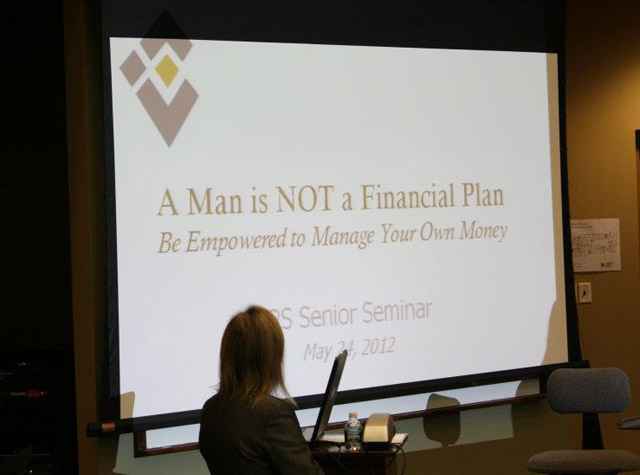 Without question, gold has been in a secular bull market. As is usually the case during those long-term periods of appreciation, hindsight dictates that the best time to buy is when the asset in question looks ready to break down. In other words, buy ’em up when they look ugliest. Put your beer goggles on and bust a move, if you will. Much like a chess player sacrificing too many pieces in order to gain a tactical advantage in position on the board, though, eventually that strategy proves to trap the trapper.

Using the GLD ETF as a proxy for the yellow metal, we are once again at one of those defining moments where either the frog will turn into a bull, or the ultimate trap will have been set lure in ardent gold bugs. With both a declining 50 and 200 day moving average, coupled a surprising lack of traders looking to short gold here, I would not be surprised to see downside resolution to the massive descending triangle outlined below. You will note that gold topped out in 2011 a few months after silver saw its spectacular blow-off top and subsequent crash. Beyond that, I would argue the conventional wisdom is that easy monetary policy around the world is a given and automatically equals higher gold. Just as the notion of an inevitable demise in the U.S. Dollar seems like a foregone conclusion, so too does the idea that gold simply must go higher.

The best course of action here, to my eye, is to have a well-defined plan. Regardless of how many gold bugs can repeat the phrase “printing press” before stuttering over themselves, if GLD loses $148 with a thrust of selling volume then the trappers may have finally been trapped. I would consider the bearish thesis to be incorrect if the bulls can plow up through $165 on strong volume, though the declining 200 day moving is likely to at least cause turbulence in the coming weeks. 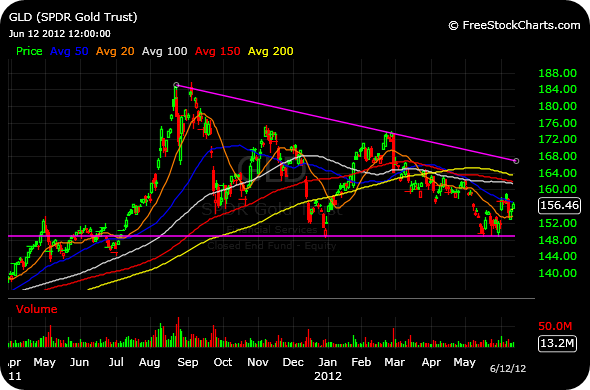