OMG, Solars Are So Random 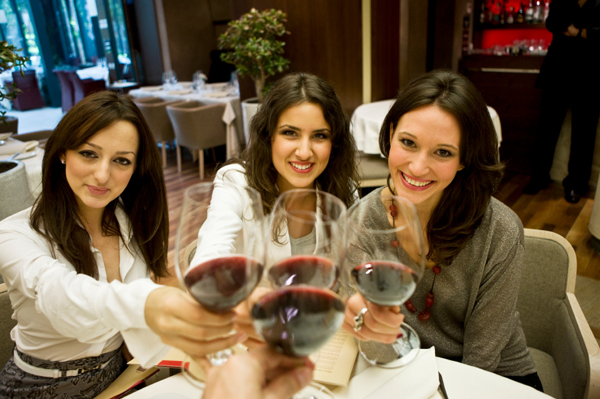 In college, I chose not to even so much as rush a fraternity–It wasn’t for me. As a consequence, some of the more pretentious girls I knew referred to me simply as “a random,” using the noun form of the word. This was in stark contrast to using the noun forms of frat houses for guys in the greek system, such as “He’s a Theta Chi.” I always thought that was amusing.

The solars have not been my favorite group of stocks to trade over the past several years. My personal experience with them has not been horrible, it just has not been as well as other memories I have with regard to various sectors and stocks. However, an important lesson as a trader is to not develop a “random” aversion to trading a particular group. As tough as it is, you have to erase whatever memories you have of a prior trade gone bad (without forgetting the lesson learned from that losing trade) and try to trade what you actually see on the charts, viewed through the lens of the current state of the broad market. In other words, don’t let a “bad beat” affect your discipline to your detriment.

For the past two weeks or so, despite the fact that solars are known to trade “randomly,” I have pointed out the high probability of swing bottoms in the sector. The potent “bullish abandoned baby” pattern found in TAN, the ETF for solars, was confirmed last week with a roaring rally, followed by the past few days of volatility and chop. What we have now on the daily chart looks to be a bullish consolidation and has my attention. It was tough to chase solars up last week off of the abandoned baby with the broad market whipping around and headlines to no end. For a patient swing trader, though, we now have the set up we want, so long as $8 holds as firm support on TAN.

A few other solars that I am watching: FSLR SPWRA TSL 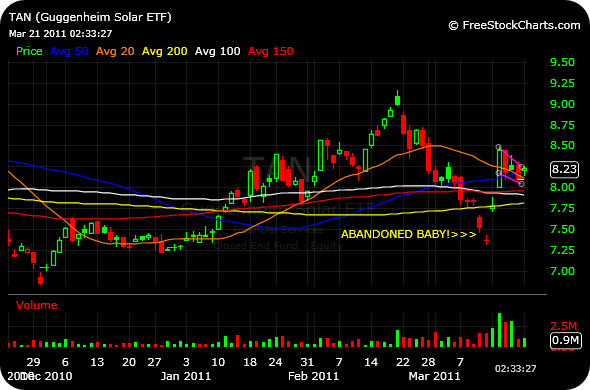