Let’s take a look and see who will advance to the Elite Eight.

Buylo is all over Chuck Benett with his pick in [[GDX]]

The Fly looks to be defeated by furry boots, thanks in part to FED intervention.

Adam puts it on Jose with [[RJA]], as commodities hit record levels this week.

I was pulling for you Woody, but with Brazil & Oil [[PBR]] on the same team it’s hard to win.

Q4 looks to be the favorite as [[AEM]] is on a mission to destroy opponents.

Anything can happen with [[FSLR]] on your team, this one is too close to call.

My man Alphadawg looks to advance with his breakout team [[CALM]]. By the way [[BIDU]] was amazing yesterday.

So sorry Green, but [[WLT]] is on fire and breaking out.

Make sure to visit our local sponsor ino.com

END_OF_DOCUMENT_TOKEN_TO_BE_REPLACED

Many of the stocks above are about to hit to new highs, keep a close watch on the group.

END_OF_DOCUMENT_TOKEN_TO_BE_REPLACED 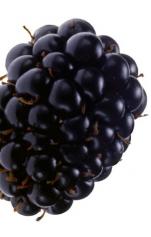 END_OF_DOCUMENT_TOKEN_TO_BE_REPLACED

Feel free to get drunk and buy stocks again.

END_OF_DOCUMENT_TOKEN_TO_BE_REPLACED

Earlier today, I tried to bet against [[POT]] and was smoked.

When asked, “Would you like some pot?” just say Yes.