Maybe China’s Selling Treasuries Because They Made So Much Money

There’s a lot of talk this morning about China’s treasury holdings dropping by a few ten billion. Most of it is panic talk but I am choosing to take away two themes from the report:

1) China made a boatload of money being long US debt

You always hear about how China is throttling the US by buying up all of our paper and holding it over our head. Or how we’re just years away from defaulting on all of it and sending half the planet to an early grave. But you rarely hear just how profitable for foreign countries keeping US paper has been.

Good for them; they’ve been investing in us for decades and it has been a huge winner. Just look at China’s holdings versus treasury rates (per Wikipedia and the US Department of the Treasury) 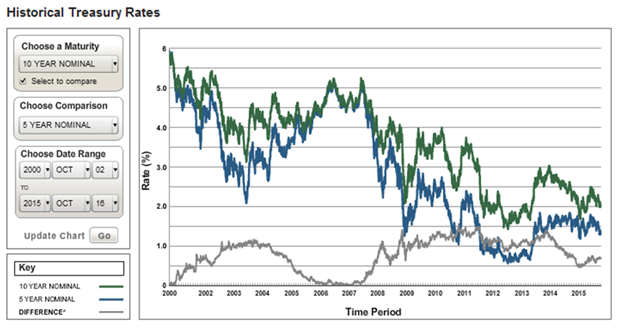 If you were up this much in such a large position, and had the perfect selling opportunity present itself, tell me; would YOU just sit still?

Or would you take profits?

At some point it doesn’t make sense for China not to roll over the position, whether it’s to longer term maturities of US paper, or something else entirely. I’m not going to sit here and freak out about such common sense moves. China could particularly use the funds right now anyway, with their economy slowing down. I’ve got a good feeling those dollars will work their way back home again in short time.

2) There’s a good chance Yellen is serious about raising rates next year, and has given advanced notice to a major player of US debt that this is really happening

I’m supposed to sit here and pretend that the Fed doesn’t have conflicts of interest and doesn’t talk with anyone about what they’re planning. It’s complete horseshit.

We’ve had a known leaker at the Federal Reserve for years, and the only ones who seem to get targeted are the whistleblowers. China just happens to pick now of all times to drop this big of a position on the markets, and I’m supposed to play along like Yellen isn’t telling them this hike is happening sometime in January or April?

2015 DAY OF PATIENCING UPON US