2015 DAY OF PATIENCING UPON US

Welcome, friends! For the 2015 DAY OF PATIENCING UPON US (blessings and praise) is, well…upon us!

In all of its infinite glory, the markets have ordained that, on this day, we should all be held hostage to the English predilections of a 68 year old woman.

Now! Wait with fearful deference to the Fed statement yet to be transcribed at the hands of careless twenty year old interns! And pray they do not forget to add the word “patience”. Twice for good measure.

On this remarkable day it is well worth it to go over the rules, which are completely capricious and still being made up at the moment. But here is a short breakdown:

So how does one know if Yellen is patient or not? Admittedly, it would be great if she just came out and say “Hey all, I’m taking a break from knitting, tending to my bonsai trees, and listening to a close, dear friend talking about her grandchildren to let each and every one of you know – I am super patient.”

That would be a most wonderful day and could very well touch off panacea.

Now, where it could get dicey is if Yellen says she is patient without just saying she is patient. Since these particular letters p-a-t-i-e-n-t seem to mean such a great deal, in that particular order, well then it could be quite a fit if she doesn’t use them.

In such an outcome, I suspect the best and brightest thirty year old micro managers would force their twenty year old trading slaves to lay down and cover their ears while they crosschecked the nearest thesaurus for clues.

To save you the trouble, I am providing you here a convenient list of synonyms for patience so that you can get ahead of the game, because that is the type of unparalleled service we provide around here.

But naturally this whole exercise is somewhat without purpose, as America’s most brilliant economists and laymen have already determined that interest rates shall be raised. Here is a direct quote from a recent publication:

“Mortgage rates are unlikely to go lower than they are now, and if they go higher, we’re likely to see a reversal of the gains in the housing market,” said Christopher J. Mayer, a professor of finance and economics at Columbia Business School.

Oh, no excuse me for my confusion. That was not from this year, it was actually from 2010.

Wait, sorry…sorry…I lied. That was actually a murmur from 2011.

Alright here is the real quote. For real.

We could still see the euro weaken against the dollar from here, which would still result in lower commodity prices.

What has really changed is the prospect for another plunge. It is most unlikely, with the various central banks of the world looking to shore up Europe, that we go back to an across the board sell off. That does not mean we go higher. It just means we don’t go to $0.

It also means that safe haven plays are at extreme risk. If Europe is not going to disintegrate before our eyes, then why hold half your net worth in gold.

…okay, I lied again. This time that was me in 2011 betting on higher treasury rates. I cannot recall if I ever made a specific bet on when the Fed exactly would raise interest rates, precisely. I wouldn’t doubt it though. But let’s agree that betting against treasuries in 2011 was just as wrong, shall we?

Here’s a Reuters article in 2012 betting the rate hike would be before late 2014. A cadre of economists actually thought the Fed would just pull the trigger right then and there.

(Reuters) – There is a good chance the Federal Reserve will raise interest rates before the end of 2014, according to a Reuters poll which also showed a significant minority of economists still expect a further easing of monetary policy in coming months.

The poll saw a 50-50 chance the U.S. central bank will break the pledge it made last month to keep benchmark overnight borrowing costs at near-zero for the next two years.

March 23 (Bloomberg) — Federal Reserve Bank of St. Louis President James Bullard said U.S. monetary policy may be at a turning point and the Fed’s first interest-rate increase since the global financial crisis could come as soon as late 2013.

With policy currently “on pause, it may be a good time to take stock of whether we may be at a turning point,” Bullard said in a speech in Hong Kong today. “As the U.S. economy continues to rebound and repair,” further action “may create an overcommitment to ultra-easy monetary policy.”

Here is LaVorgna, chief U.S. economist at Deutsche Bank, hanging out at with our good pals at CNBC in 2013, ignoring everything the Fed said completely and still suggesting the rate hike would be imminent.

History, in fact, suggests that when the claims number averages below 350,000, you can safely bet a Fed interest rate hike will come within the year, according to research from Joe LaVorgna, chief U.S. economist at Deutsche Bank.

In the current Fed forecasts, rate hikes wouldn’t come until mid-2015, when it expects a rate of 5.8 percent to 6.2 percent.

“If past is prologue, whereby low and declining claims accurately foreshadow a noticeable pickup in hiring—and hence a sharp decline in the unemployment rate—then monetary policymakers will not be waiting until 2015 before raising the fed funds rate,” LaVorgna said.

Which brings us to 2014, just three months ago, when we started this comical jig, waiting on an old woman to assure us she is still, in fact, patient.

The dance above us that you see, prancing over five years, is a display of failure. It is time to admit that candidly amongst one another.

This economics game we play – the underpinning of everything in investing – is not a science. It is an art form, rather; one which is prone to fits and everyone gets to be wrong quite a lot.

So why, dear reader, should I believe that now – with such rampant destruction in forex markets and the US dollar almost audibly sucking air out of the room – is the time to raise interest rates?

Why would you be right this time? 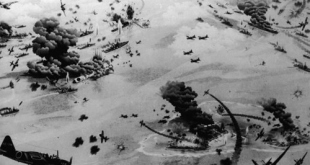 Maybe China’s Selling Treasuries Because They Made So Much Money