Prices For Cameco’s Uranium Went Up…

This may be all I needed to see. The uranium market, being a low volume, old school brokerage operation, is an insane place. Opague as concrete, and getting quotes isn’t much different than trying to swim through said material.

I have been a little concerned, since uranium prices in the main broker-dealer I follow have just been collapsing.

But URA seems to have bottomed, and indicated prices as increasing. So what’s real?

Well, I can assure you, I don’t care what “uranium prices” are “really” doing. Because Cameco is living in CCJ land, where prices are higher. Lower uranium bids seem to be predominantly an phenomenon effecting small, POS miners.

Sure, you can buy long term uranium contracts really cheap from a URRE, a UEC, or a USU. You can also take on the very real counterparty risk that they won’t be around in another two years to make good on those contracts.

But if you don’t feel like taking long gambles on companies scrambling into deadend, horrible supply deals to stave off bankruptcy, you’re going to pay real rates to CCJ.

I still need to look through their filing closely – there were a few things that stuck out to me briefly as mild concerns, when I did a once over. They still have a ton of currency hedges in place, that probably expose them to all sorts of potential losses, and I’m curious about how the NUKEM deal is working out.

Also, the company has promised to cut expenses by 10%. This is just one of many elements that bares scrutiny and inspection.

But the fact that Cameco could sell uranium for higher prices in this market is astounding.

END_OF_DOCUMENT_TOKEN_TO_BE_REPLACED

Lingering Questions On The Uranium Market 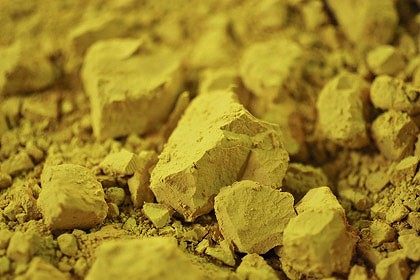 The uranium space ripped to the upside today. It was led by URA as the specter of a uranium price bottom led speculators into the miners. Several of the smaller names doubled, and even Cameco experienced a 3% upside day.

Uranium prices at a few of the brokers I keep tabs on have actually begun to crack lower. The reports are that 8 separate utilities arranged deals at low prices last week and threats of funding and fears of even lower offers led the small names to cave into demands and sign contracts.

This is why I have avoided small cap uranium miners, like foreigners in France around 1349.

What comes next depends. Fears surrounding Japanese policy could be taking root. If those are grounded, then we may have quite a bit of trouble on our hands. Any such trouble would be viewed, from my perspective, as a buying opportunity. However, a rehash into the $10-20’s would not be out of the question. At current demand and sales, I put CCJ at $13, roughly.

However, if Cameco and the other miners can band together, they may be able to strike back against the weak hands that are presently caving. Cameco is in the distinct advantage of controlling more than 20% of the global market. If they can leverage themselves, banding together some of the smaller survivors, they could create a strong floor, devouring the weak in the process at rock bottom prices.

Longer term, the uranium market remains ripe for picking. There are several trends I am seeing that could lead grid demand to pick up 10-20% just here at home, at minimum, over the next one to two decades, and no real positive supply growth to see yet. Couple that with continued demands from environmentally conscious politics to trend away carbon emitting fuels and the necessity of alternative energies like wind or solar to be supplemented with constant energy sources and a build out in nuclear power is an obvious go to.

Thus far, there is no word on Russia extending the HEU agreement. The moment will be dominated by Japan. The decade won’t care about Japan at all.