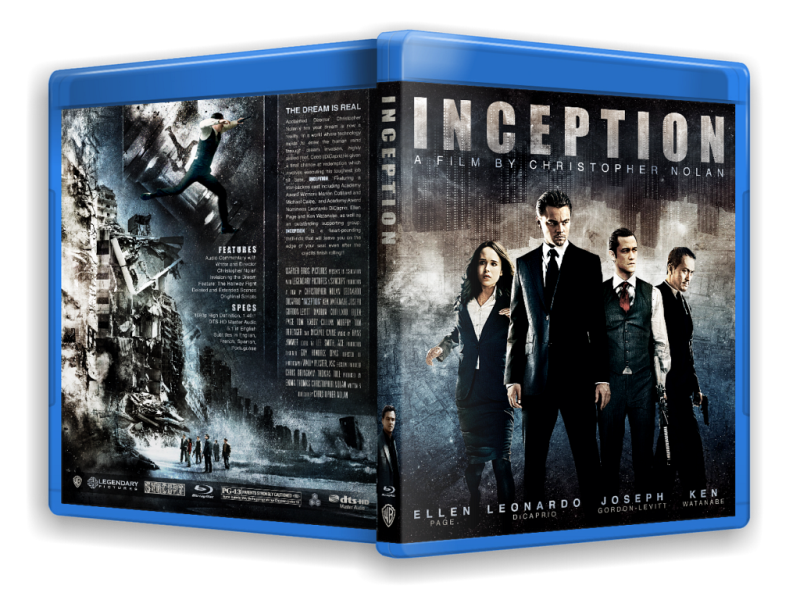 “Hey I’m going to Blockbuster video tonight.”  Lol.  You never hear that anymore, thanks to the innovative ways to rent dvds.  Today, there are two dvd-rental companies that are dominating the market-  Coinstar and Netflix.  Netflix gets all the news headlines, but Coinstar is quietly eating away market share from everyone.  It’s funny how Coinstar started off with their strange coin counting machines, but now have their RedBox rentals accounting for almost all of their revenue.  So which do we invest in?  Well, I liked CSTR back in early March after the company surprised and guided higher on almost every pertinent category- revs, sales, rental market share.  It was just a great growth stock.  I also have been a fan of NFLX over the years because they know how to partner with other giants, like Nintendo, Sony, and Apple.  What about heading into 2011? 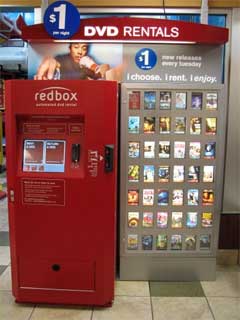 I think between CSTR and NFLX, CSTR has much more potential as a stock and as a company.  Meanwhile, examining both companies illustrates what exactly you need to look for when investing in growth stocks.  From a marketing point of view, NFLX is much closer to leveling out on its productivity, while CSTR is still in its growth stage.  So you like NFLX for its stability, but you like CSTR for its potential because you know it can get better.  One way you can measure a company by its level of growth is by measuring their competitors.  Remember, the more awesome/successful/brilliant you are, the more haters/copycats you have.  Let’s call it the high school girl complex.  The stock market is full of stocks that act like teenage girls.  NFLX already went through those stages as many other brick-mortar companies started offer the same services.  Only recently have I seen newer wannabe companies copy the RedBox system.  Sure, RedBox didn’t start it, but they were the best at monopolizing, er, nationalizing it.  Now I’m starting to see DVD kiosk rentals in the weirdest places, like 7-11 (I guess that would work), I guess because CSTR took all the best places.

Speaking of haters, you know a company is doing real well when other companies turn into whiners and seek litigation to slow them down, as is the case with CoinStar.  The economic impact that RedBox has on the entertainment industry is quite interesting, as it was unexpected.  What is happening is that these RedBox machines that offer rentals for $1 is dramatically eating away from DVD sales.  Fox, Universal, and Warner Brothers got real pissed so now they have this arrangement where RedBox has to wait about 1 month after a DVD/Blu-Ray is released before offering it as a rental.  🙂

…  and that’s another big reason why RedBox is better than Netflix.  With NetFlix it takes a while to get a new release DVD so you’re stuck watching Heroes Season 1-4 on its streaming site.  Meanwhile, RedBox is so much faster.

Anyway, I like both companies for their innovation and dominance in the industry.  When you think about it, NFLX and CSTR are just fancy distribution companies.  But you like that… you like to see during rough economic times, new companies emerge offering cheaper alternatives.  And when you spot these companies, you buy them early and often.

The Final Verdict
So, honestly I have to say an investor, I like CSTR better than NFLX right here.  And as a consumer, I’m much more satisfied with RedBox, in fact, I ditched my NFLX account.  So, I guess if I were back in highschool, I’m dumping NFLX and taking CSTR to the prom.

CSTR is about to breakout, so monitor it everyday.  Meanwhile, if you’re really crazy and aggressive, you can do a pair trade by shorting NFLX while staying long CSTR.  Both have high p/e ratios, but NFLX is a bit high at 72 p/e, and NFLX earnings are leveling out while CSTR seems to be steadily growing. 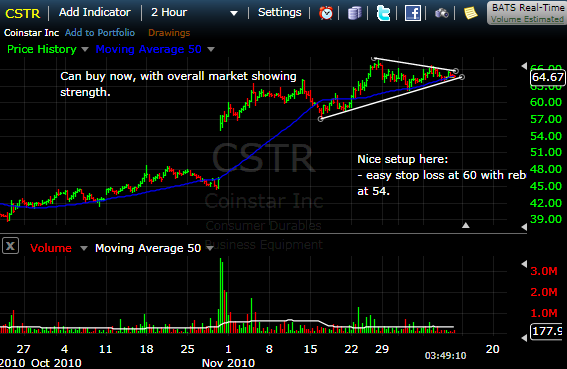 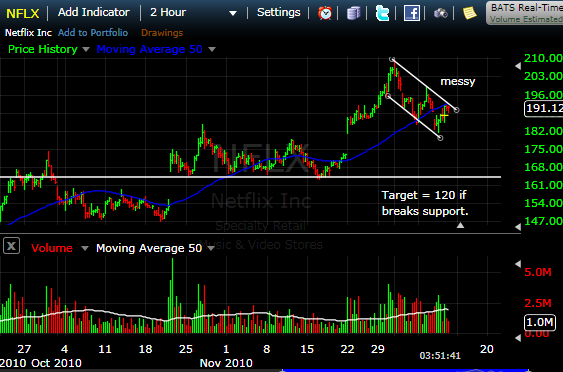