Back to Some Coffee Talk 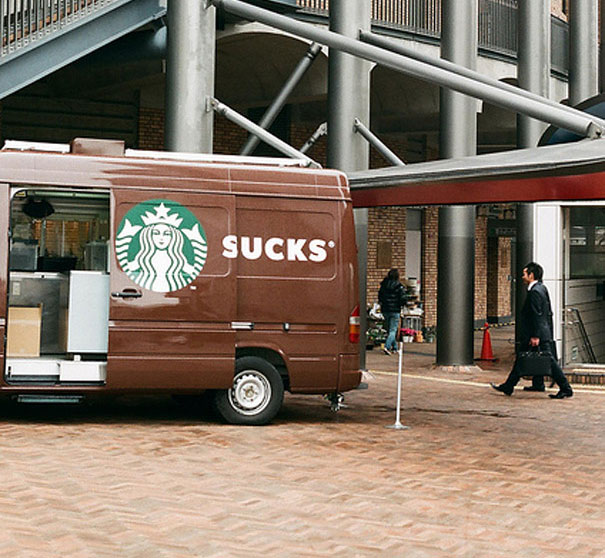 The major coffee stocks, DNKN GMCR SBUX, all finished in the red on Tuesday. That alone is not much of a big deal, as the stocks have seen powerful bull runs over the past few quarters while widely being viewed as market leaders. So, a breather is nothing out of the ordinary.

The interesting part of the equation to me is the monthly chart of JO, the coffee ETN. I have mentioned this one before, and you can see for yourself on the first chart, below,  just how much of a devastating downtrend the commodity has been in since 2011. Be it correlation or causation in the form of cheaper input costs, the coffee ETN has traded inversely, by and large, to the major coffee players, namely Starbucks.

Adding to the intrigue here is the second chart of the daily timeframe for coffee. What you will notice is that last Friday could have easily marked the beginning of another breakdown and thus leg lower in a strong downtrend.

However, coffee instead rallied the following two sessions and is now at its highest close in over a month. The further down the rubber band gets stretched in an established, steep downtrend, the higher the odds of a false breakdown and sharp reversal higher. Hence, going forward I am looking to see if this coffee reversal has legs and will, by proxy, start to pressure those leading coffee stocks. 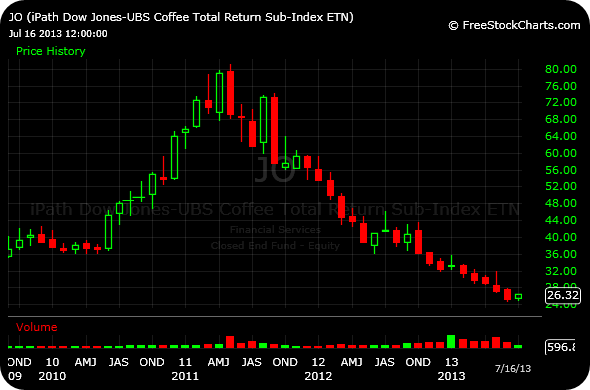 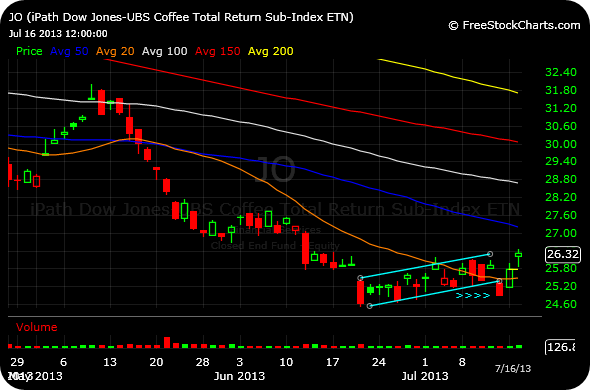