Berkshire’s Early Bird Special Anything But for Old-Timers 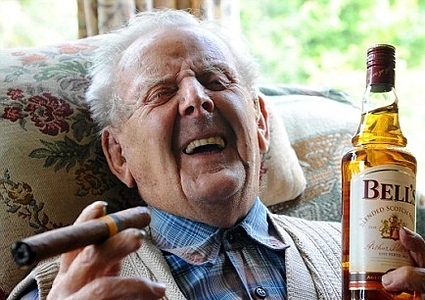 The only thing that Charlie Munger and Warren Buffett have famously guaranteed about the future of Berkshire Hathaway’s share price is that the stock’s performance will be nowhere as good as the past. Indeed, you are talking about a legendary appreciation by Berkshire’s shares over the past few decades that will be extremely difficult to replicate by any company in the coming years. In some respects, you can argue that the old-timers still holding onto their precious Berkshire shares from the 1970’s are spoiled rotten if they are assuming another casual ten-bagger is on tap anything soon. At the same time, I am inclined to think that plenty of those old-timers are of the same frame of mind of Buffett and Munger, considering themselves actual long-term owners of Berkshire rather than mere speculators.

The recent news of Buffett’s seemingly benign early-stage prostate cancer diagnosis has had a minimal effect on the share price of BRK-A. However, there may be a figurative lid being placed over the stock until the inevitable successors for Buffett and Munger take over and make a few decisions for the market to judge. It can be argued that Apple’s stock saw a similar effect in the final months of Steve Jobs’ life. Obviously, there is no telling when the Buffett/Munger succession will come, be it a few quarters or several more years.

In the meantime, though, there is no denying that Berkshire is a bonafide empire full of cash cows with moats galore. The market may or may not need to see the replacements emerge and prove themselves, but technically Berkshire is building towards a resolution. As you can see below on the weekly chart of BRK-A, the early birds looking for an imminent breakout have been disappointed in recent years. The reason for the disappointment is because Berkshire is working through a massive symmetrical triangle. You can expect more backing, filling, and churning until we get the real deal breakout.

While the early bird special has been anything but, I expect the eventual breakout to be up and out. You are talking about four years worth of consolidation that will lead to that explosion, which should be a powerful one. While the future price appreciation percentages may not be quite as jaw-dropping as the past for Berkshire’s shareholders, patient investors are not likely to be disappointed anytime soon. 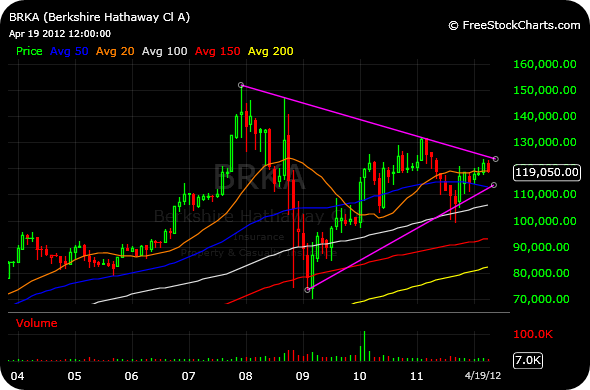