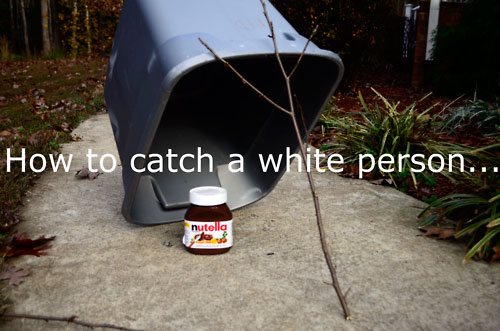 UNG has basically been a complete and total disaster for bottom-picking longs since 2008. The sexy trade has been to look for a bottom in natural gas, and while I, too, am guilty of having it on my watchlist, I never saw enough to actually get involved. Now, I realize there is a distinction between the ETF and the actual commodity, but for most traders UNG is how they would play it.

At a certain point, though, the issue arises of whether UNG is truly going to zero, or if it will pull off a major bottom and spring higher, if only for a turnaround trade. As far as sentiment goes, the overwhelming and seemingly sensible thought is somewhere along the lines of, “Are you crazy? UNG is a death trap that only scrubs try to play.” Of course, the price action over the past few years supports that position.

Currently, UNG has been down for over a week  in a straight line on very heavy selling volume. As always, placement of where the action on a chart occurs is an integral part of technical analysis. Heavy selling to support a sell-off usually is a bearish sign. However, after an established, almost laughable downtrend for many years, in addition to awful sentiment, the issue once again becomes whether we are seeing true capitulation in UNG. In other words, have the final, hold-out bulls finally thrown in the towel? If you think the answer is yes, then despite how laughable the instrument and its performance may be, it should be on the radar for those of you who like to catch big moves at inflection points. 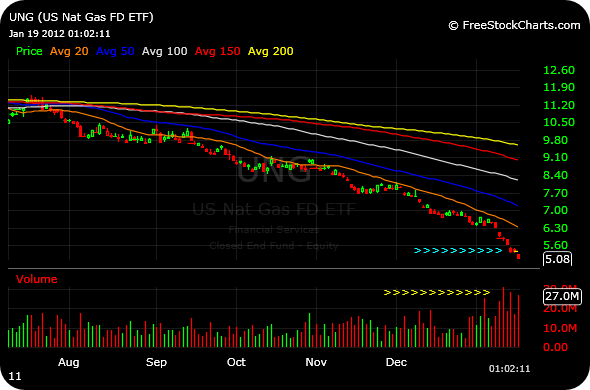