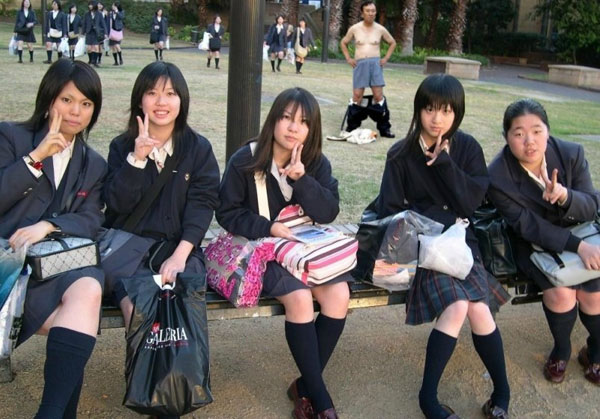 Situations where a great many people simultaneously face adversity tend to bring out either the absolute best or worst in people. You usually find out someone’s true character in an event such as a hurricane. The facade melts under the pressure of the moment, and you discover what someone is really all about. Some people remain calm, while others freak out. Some use the opportunity to run amuck and do as they please, while others hunker in and shut down. Similarly, when the stock market sees a major event, such as the ferocious selling earlier this summer, you tend to see which traders can roll with the punches and adjust appropriately, and which ones blow up and run themselves out of the business.

As another year of summer trading winds down, the S&P 500 is slightly down on the year. I find that to be quite reflective of the type of trading environment we have seen in 2011. It seemed early in the year that the “Bernanke Put” would push stocks higher in a perpetual straight line, whereas recently the steady stream of horrific headlines and persistent selling pressure and volatility all but assured a repeat of 2008. In reality, we are likely to be somewhere in the middle.

There is very little doubt in my mind that these types of markets are the most challenging for swing traders. Conviction in a stock thesis or technical setup used to be held in the same esteem as marriage, but now it is perhaps necessarily viewed with the same disdain that sexual deviants view the idea of marriage and family formation, if only for the indecisive nature of the market. Since impermanence is the only permanent thing in life and in the markets, I expect at some point or another we will see the market make up its mind where it wants its next big move to be. Until then, the overall theme of 2011 for active traders is still one of a hit-and-run style, selectively picking your spots even more than usual, while respecting cash as a viable position in many instances.

As for the market this week, I am still watching the following pennant forming on the S&P, as well as on the majority of the leading indices and sectors. Click here for for some long trading ideas in the event we break higher this week. 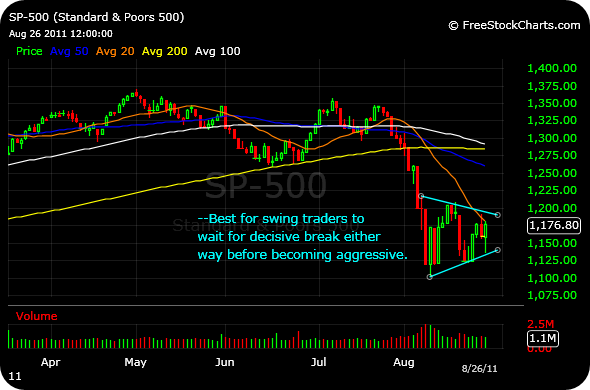