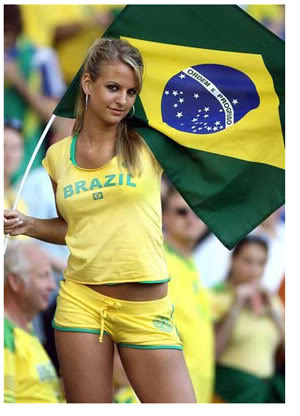 The ETF for Brazil, EWZ, captures the essence of equities over the past several years perhaps better than any other chart. Due largely to its stockpile of natural resources as well a growing population, it is hard not to include Brazil in any serious discussion about global growth. As you can see on a zoomed out weekly chart below, Brazil had a spectacular run up, along with other emerging markets, from late 2002 until the middle of 2008. Along with the rest of the world, Brazil crashed in a ferocious manner over the next year, followed by the obligatory snapback rally off of the major bear market lows. When you consider the mass psychology that will always be relevant to the market, it makes perfect sense to see that pattern: Bull Market–>Euphoria/Bubble–>Crash–>Sharp Recovery.

Since then, Brazil has essentially traded sideways for nearly two years, muddling along in a trading range. Once again, the psychology is consistent with this: After wild rides up and then down over the past several years, the next phase is one of relatively tighter action without too much direction. In light of the recent swoon in world markets, the lower end of this trading range has been probed.

The newsflow when price was probing the top end of this range was largely bullish, with breakout plays appearing to be low hanging fruit. Now, the headlines are grotesquely negative, complete with plenty of traders soundly converted into the bear market camp, looking for another 2008-style event. And yet, if you block out the noise and emotion it is pretty clear that Brazil is still following the script, churning sideways in a large trading range. 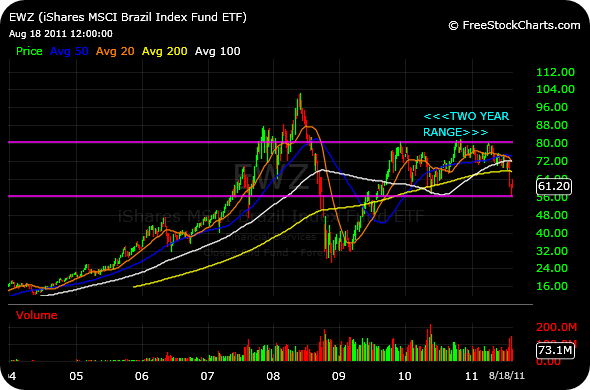