Third Level Thinking in the Financials 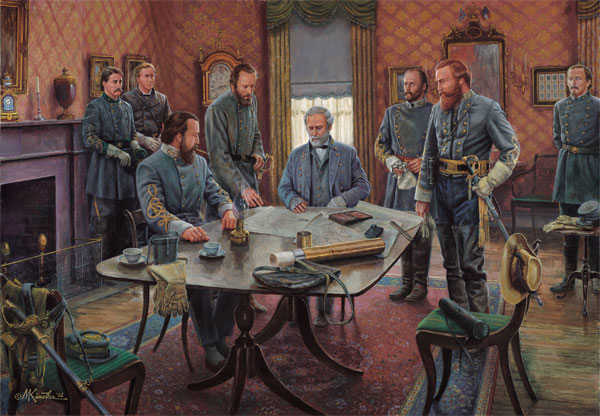 For at least the past several months, the financials have done an excellent job of frustrating just about everyone involved with them, including those itching to do so. Even for bears, the action has resembled nothing like the glory days of late 2007/early 2008, where shorting the finnies was the closest thing there was to free money. I profiled some of the big banks earlier today, and it is tough to argue that across the board they are not only oversold, but printed a bevy of bullish engulfing candles after trying to hammer out a bottom over the past few sessions.

With that in mind, the perfectly rational response to my analysis thus far would be to say, “We have seen this before.” In other words, we have seen plenty of failed hammers (and other types of bullish reversal candlesticks) printed by the financials before, trapping eager bottom callers. There is nothing inherently wrong with that response. In fact, the market has deemed it correct time and time again. After all, the easy and even politically correct thing to do these days is to bash banks at every juncture.

However, such a well-reasoned response begs the question of whether it is now too obvious that the financials are completely dead money at best, or on the verge of another meltdown at worst. When everyone thinks the same, no one is thinking. In my estimation, this type of situation requires third level thinking. In poker, third level thinking moves beyond what cards you and your opponent are actually holding to probe what your opponent thinks you are holding.

Applied to the stock market, we all know that the price action in the financials has been abysmal of late. Taking it to the third level of thinking, the recent moves in the XBD (Broker-Dealer Index) below the 200 day moving average, as well as the breach of the support trendline of the descending triangle in the XLF (ETF for the financials) could easily have set up a situation where the financials are not only oversold, but have now sufficiently shaken out the final holdout bulls who had wide stop-losses from much higher prices.

Thus, the foundation would be set for a shockingly reversal, this time one with staying power. 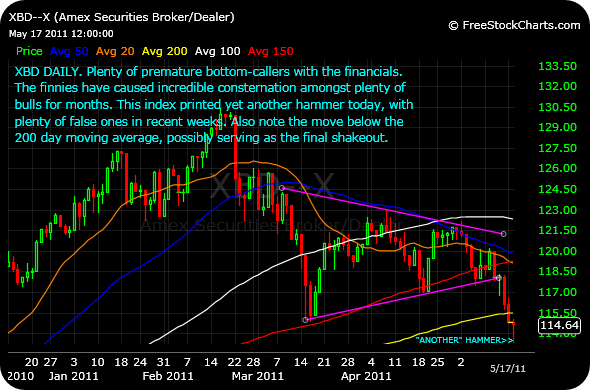 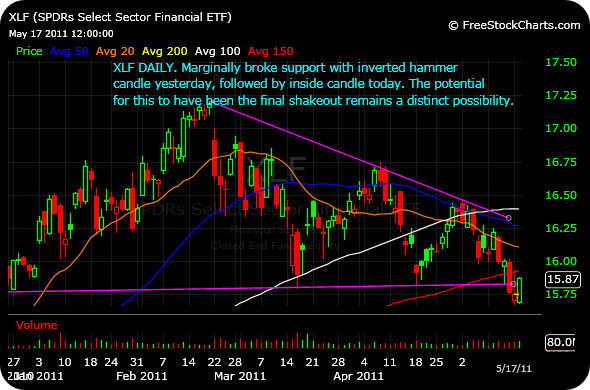