Not really. I won iBC’s Annual March Madness Stock Contest, (see RC’s post here), with a combination of a lot of luck, and a lot of hard work. I tried to pick a stock I knew well, GILD, that had momentum at the beginning of the contest, and hopefully would continue with strength. Picking a biotech stock is always a gamble, as the FDA can be a fickle beast.

I placed my bet on their “human capital.” My buddy, who works for them, works so god damned hard, and his team works just as hard, if not harder. I try to distance myself from talking to him about specific information regarding their development, that’s wrong, and it’s illegal. Plenty of professors, and professionals, have told me that it’s just too hard or impossible to beat the market.

I believe they are wrong, and I’ve mentioned before that when I was initially looking at ZNGA as a short, one of my biggest tells was that the majority of their employees I spoke to, hated their jobs, and more importantly, didn’t believe in them. You can’t win battles if your soldiers don’t want to fight.

My boy who works for GILD, truly believes in what he does, and he holds his team to the same standard. These folks are fighting with the same vigor and determination to rid the world of AIDS, HEP-C, etc; that I fought with to end the world of terrorists.

That’s something I can get behind. 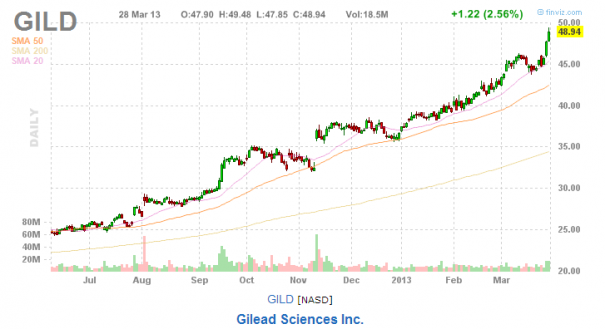 2 Responses to “And From the Ashes, a Champion Emerged…”

Who's Ready to Launch Off The Ramp?
7 comments