Few things are viewed with as much distain as US Treasuries, or more generically the “rates” market for 2018 and beyond. Finding the correct instrument to short the rates market and perhaps more importantly choosing the right tenor (target duration) is difficult for the average investor.

All the “big guns” have declared open season on the long duration US rates market, it appears:

Gundlach holds the current title of bond king having built Doubleline from scratch post TCW to > $100bln in AUM in just a few years. DSL, Doubline Income Solutions is only $2bln of this AUM, but continues to impress (writer up 25% on initial purchase, 15.7% blended across two). Jeff is calling the current environment the era of quantitative tightening, driven by a hawkish ECB. Stateside Gundlach sees a US$1.9tln in 19′ bond supply (no ultralongs). He also noted that it is a very poor time to buy corporate bonds (high yield bond index yield 4.93%) and Gundlach sees a negative return for the S&P in 2018 as the rates rout eventually gives the equity market the yips. Gundlach see the 10 year UST yield getting to 3.25% in short order. Everyone seems to need to comment on bitcoin too, Jeff thinks the highs have been printed.

Bill Gross (same age as my Dad) from Janus Capital Group, who built his >$1bln wealth at Allianz’s Pimco and was the bond king ($270bln AUM at its zenith) until Gundlach wrestled it from Gross’s arthritic hands, is also a bond bear. Gross stated today that 25 year trend lines in both 5 and 10 year treasuries have been broken, signaling a bear market.

Sovereign buyers (China and Japan in the press most recently) are taking pause with respect to incremental UST purchases as the hedging costs to bring the assets back to their home currency have become prohibitive, in some cases. The big players are reticent to place large UST positions on unhedged given most are marked to market, with the degree to which they are offside promptly reported. Significant career risk indeed. 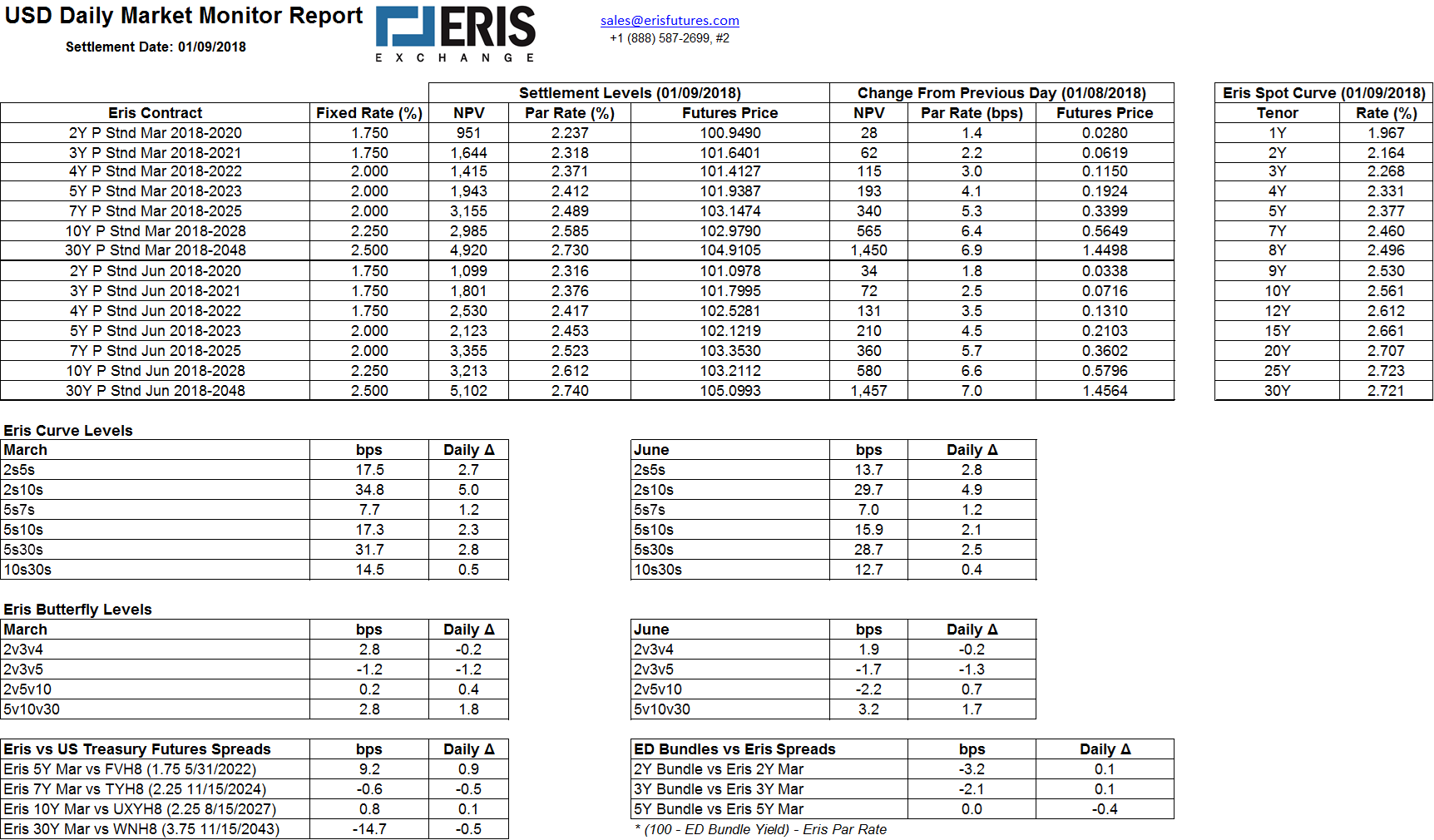 While bond bears are numerous, the view in not unanimous (thankfully, one needs someone to take the other side, as it were). The California Public Employees Retirement Systems (Calpers) at $342.5bln AUM is the largest public pension fund in the USA (as social security is not funded, opting for a “pay as you go” approach). Calpers made a watershed move to INCREASE their bond allocation to 44% from 19% in November of 2017. Calper’s resultant return expectation has been lowered by 0.5% to 6.5% to reflect the more conservative asset allocation, leaving their funded status at an unimpressive 68%. Outright losses on a bond allocation of this magnitude would result in overall Calpers returns being impaired by more than 50bp, for the actuaries out there. The new allocation went into effect January 1, 2018 and changes are made every 4 years.

If you are in the bond bear camp, the next decision is your optimal means to short the bond market. There are several alternatives.ProShares UltraShort 20+ Year Treasury (TBT) has $2bln in AUM and provides an ETF solution to shorting the US treasury market. The payout is -2X the daily performance of the ICE U.S. Treasury 20+ Year Bond Index. ETFs are a fully funded solution. I am leaning towards, for tactical positioning, is interest rate swaps (paying fixed 10 year). Just as the natural inclination for the stock market in a given year is positive (approx. 65%), the natural interest rate curve is positive, as in upward sloping.

Positioning for higher interest rates via shorting treasuries or paying fixed on an interest rate swap are negative carry trades. There is a trading adage that the road to hell is paved with positive carry trades (i.e. selling vol as an example). It is important to know the mechanics of the trade you are contemplating entering. To show this by way of an example, if one were to pay fixed on $500,000 notional 10 years you would pay 2.612% in the current market. In exchange for paying fixed you receive 3 month USD Libor flat (current setting 1.70%), hence for the 1st 3 months of the interest rate swap you have a negative carry of 91.20bp (0.9120%), approx. $1,140 on $500k notional. Each 3 month forward rate agreement (FRA) going forward will reset at the then current 3 month Libor (less negative carry as Libor sets higher) and if you are correct about fed fund futures underestimating the pace of Fed rate hikes the trade will “flip” at some stage, earlier than expected by the market, to a positive carry trade as 3 month Libor sets above the fixed rate you agreed to pay at trade inception. At trade inception, the difference between the fixed rate payments committed to and the expected floating rate payments should be equal to zero (NPV=0).

Interactive Brokers (IB) is now offering ERIS swap futures platform access to their 400k + person account base. This is an exciting development as the margin requirements are modest and there is no better way to replicate over the counter (otc) swaps available in the market at present. The uses are varied; those in an adjustable rate mortgage (ARM) can potentially hedge their interest rate risk for much cheaper than a refinancing. Those long credit with concerns about the rate market can hedge their rate exposure, creating synthetic floating rate notes (FRNs). Those looking to speculate of further a further sell-off in the rates market can participate with surgical financial precision. Trading hours are New York, but this is to be expected for a US dominated product. Most would hedge in New York hours regardless, but stops could be executed cross market in a pinch (i.e. buy 10 year Treasury to hedge a stop loss on a pay fixed swap position).