No Wonder 95% of All Traders Blow Up

For the most part, I have been Mr. Nice Guy, during my almost 3 years of financial blogging. I have chosen the “You can lead a horse to water…” approach, rather than force-feed information to those who are either unable or unwilling to understand and accept it. I have provided gifts, if you will, but because they were often wrapped in an old brown bag or the comics section of the newspaper,  many readers have chosen to ignore them, instead of unwrapping them and marveling at their splendor.

Lately though the stupidity of some of the readers of iBankCoin has been unnerving. I have become very frustrated by the generally wrong, typically under-educated, and always over-confident miscreant who declares, “There is no edge in this trade!” or “The head and shoulders top is in!” or any variety of over-the-top emotional outbursts. These folks have no idea what they are talking about.

The level of bearishness on the blogs today was overwhelming. Many of these folks are ready to short any stock with one, two, three, or four letters in its symbol. The fact of the matter is that shorting here is an AWFUL setup. Just plain AWFUL. Yet, any attempt to challenge this bearishness with knowledge and cold, hard data is met with derision. Basically, knowledge is being countered with foolish idiocy.

Let me show you people who were all gung ho to pile in on the short-side today what kind of odds/edge you are looking at.

The exit is a simple time exit. I am plotting what the results will be if you exit the at next close, the close two days later, and so on and so forth.

The test assumes $100,000 per trade, does not compound gains (losses, actually) and does not include commissions or slippage. 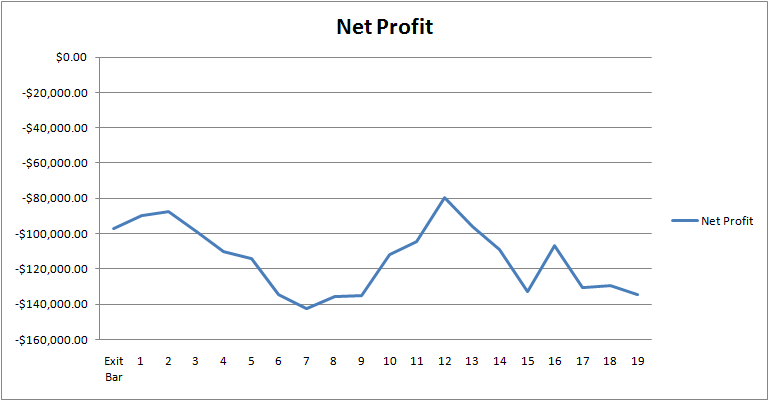 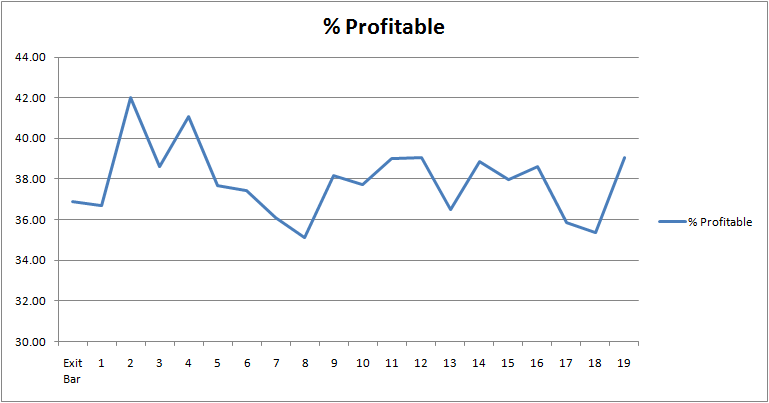 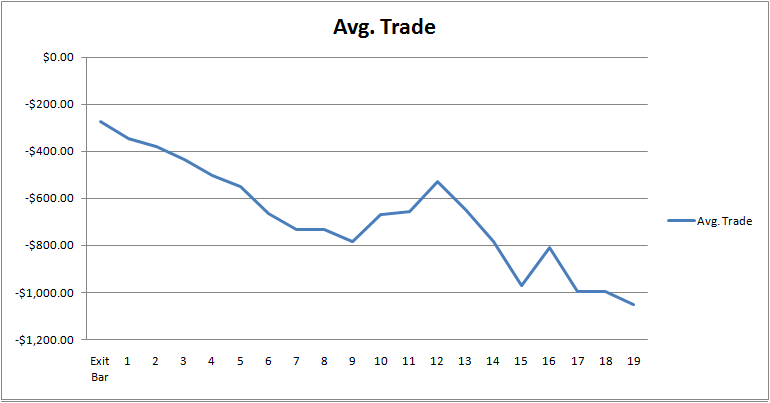 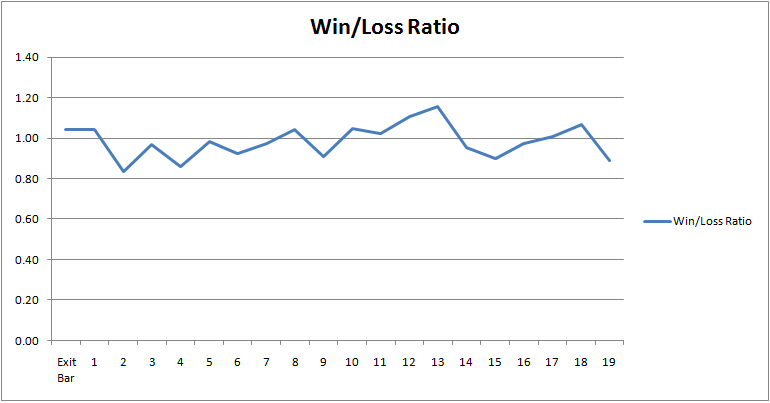 Please, if you do not understand what the graphs are showing, I will be happy to explain it. Just ask.

There is NO EDGE to shorting the SPY at today’s close, but you wouldn’t know that from listening to the myriad emotional train-wrecks who call themselves traders. No wonder 95% of all traders blow up.

Down Two Days More Than 1.5% and No Bounce. Now What Happens?