END_OF_DOCUMENT_TOKEN_TO_BE_REPLACED

Today was a real chopfest. We gapped lower with lots of bearishness, but then ripped higher the entire first hour. After that, it was chop until a mild sell-off in the last hour. Not fun trading action despite the impressive volume, over 1.8 billion traded.

I recall when the Bear Stears (remember them?) news dropped two Augusts ago that we were doing over 2 billion a day and sometimes close to 3 billion on the NYSE. If we start to see volume rise, it could be an indication that some kind of climax is approaching.

Or, perhaps volume is simply rising as stocks across the board get cheaper, making traders have to buy more shares to make the same profits. Who knows?

Anyway, we tested Dow 7,000 today. And no, it’s not the bottom… so expect a nice 6,000 number sometime next week. My stomach churns for boomers locked into stupid retirement accounts.

Anyway, I had a good time posting here for the week while Rage took a break.  I post the RO Report after the close each day over at my blog, come stop by.  Enjoy your weekend.  Oh, and since “Trader B” sprayed, I’ll post his song selection in a few hours. 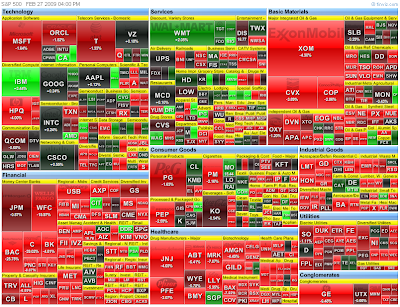 END_OF_DOCUMENT_TOKEN_TO_BE_REPLACED

Naked chick alert: About 2/3 of the way through the video there is a shirtless chick whipping something. That’s something that Dems and Repubs can all enjoy.

END_OF_DOCUMENT_TOKEN_TO_BE_REPLACED

I traded early, made some easy money and decided to spend the rest of the day raking and picking up leaves.

You may ask, why the fuck would he do that? The answer, my friend, is that right now I’m all about small consistent victories that will rebuild my confidence. I traded only 6200 shares today and made about $600. A great confidence builder. If I manage 3 positive days in a row, I’ll build my share size on each position.

That’s my plan for now.

As for the RO, they had a pretty solid day. These past few days have really helped bring a few guys back to positive or nearly positive on their year to date levels. Volume slackened a little today, but the bulls suffered another reversal. Those recent lows are very close… 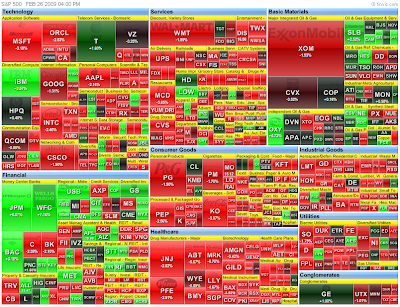