Let’s get something clear here, people. Apple ($AAPL) is not a growth stock, it is a value stock. It made that transition years ago when they started paying a dividend.

When we approach the Earnings Date, however, the mindset of most people is the opposite. It has been clear for over a month now that the iPhone X sales number for the quarter will be lower than the ridiculous “consensus” expects. Delays with the OLED screen and facepalm-recognition software were well-documented by November. Yet Advisors and other “seasoned professionals” have been wringing their hands the past two weeks and the result has been a sharp decline in price from a lofty $180 down to $165.

Screaming buy? No, wait for a sharp drop on the earnings announcement as this one metric will drive the stock lower. I plan on selling a meager chunk of my horde of shares (I have been a buyer for well over a decade) on any significant drop, with the goal of picking up the same amount of shares at a discount once the dust settles and sanity kicks in. If my scenario unfolds as I hope it will, I will then take my winnings and upgrade my Corvette to the 2019 Grand Sport Coupe in Watkins Glen Gray Metallic. I play to win. 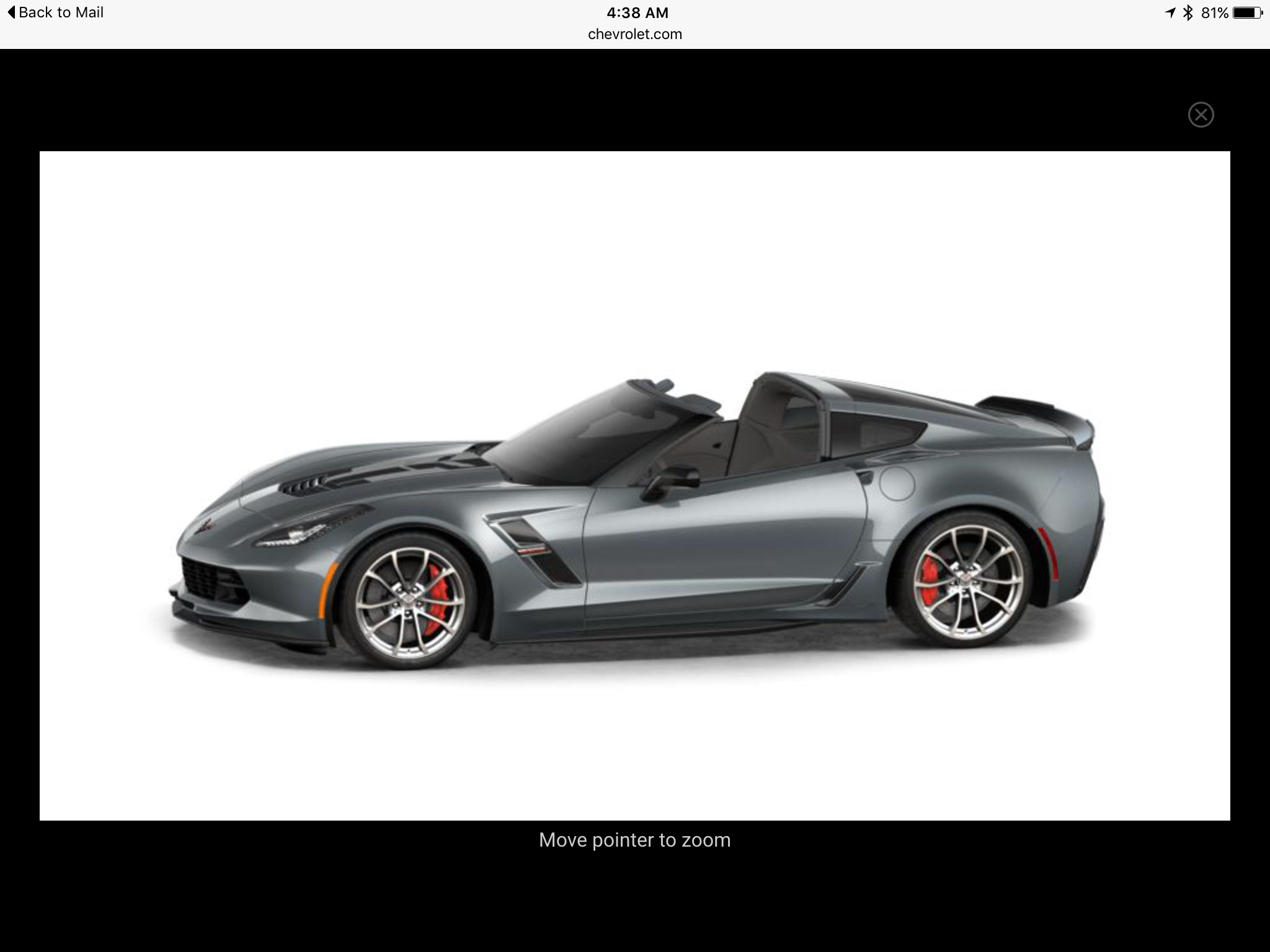 Back in October 2016 I said this: “BUY THE DIP – while you can, under $115 Average down if further weakness tomorrow.”

A month earlier on Twitter, I had eviscerated the worst tech journalist on the planet, a certain Jennifer Booton, who had been making a career out of Apple-bashing in her blogs and articles. Booton probably had a price point of $50 at the time Warren Buffett was sinking $1 Billion into AAPL stock. We actually had a Twitter War at one point. As the stock started to climb from sub-$100 I was merciless to the point where she blocked me on Twitter. Jennifer is gone now, relegated to a corner of the Interwebs far from MarketWatch – something called SportTechie – nobody can survive the beating Bozo Booton received in 2017. Am I gloating? Goddamned right I am, and to Jen, my best wishes on your new career writing about gadgets. I’m sure you’ll do a bang-up job and thanks for a splendid, real-life example of the Peter Principle in action.

The good news for MarketWatch is that they seem to be hiring more intelligent writers these days.

You can see where Buffett, the undisputed Master of Timing, sank one billion dollars into AAPL at the crosshairs on this chart: 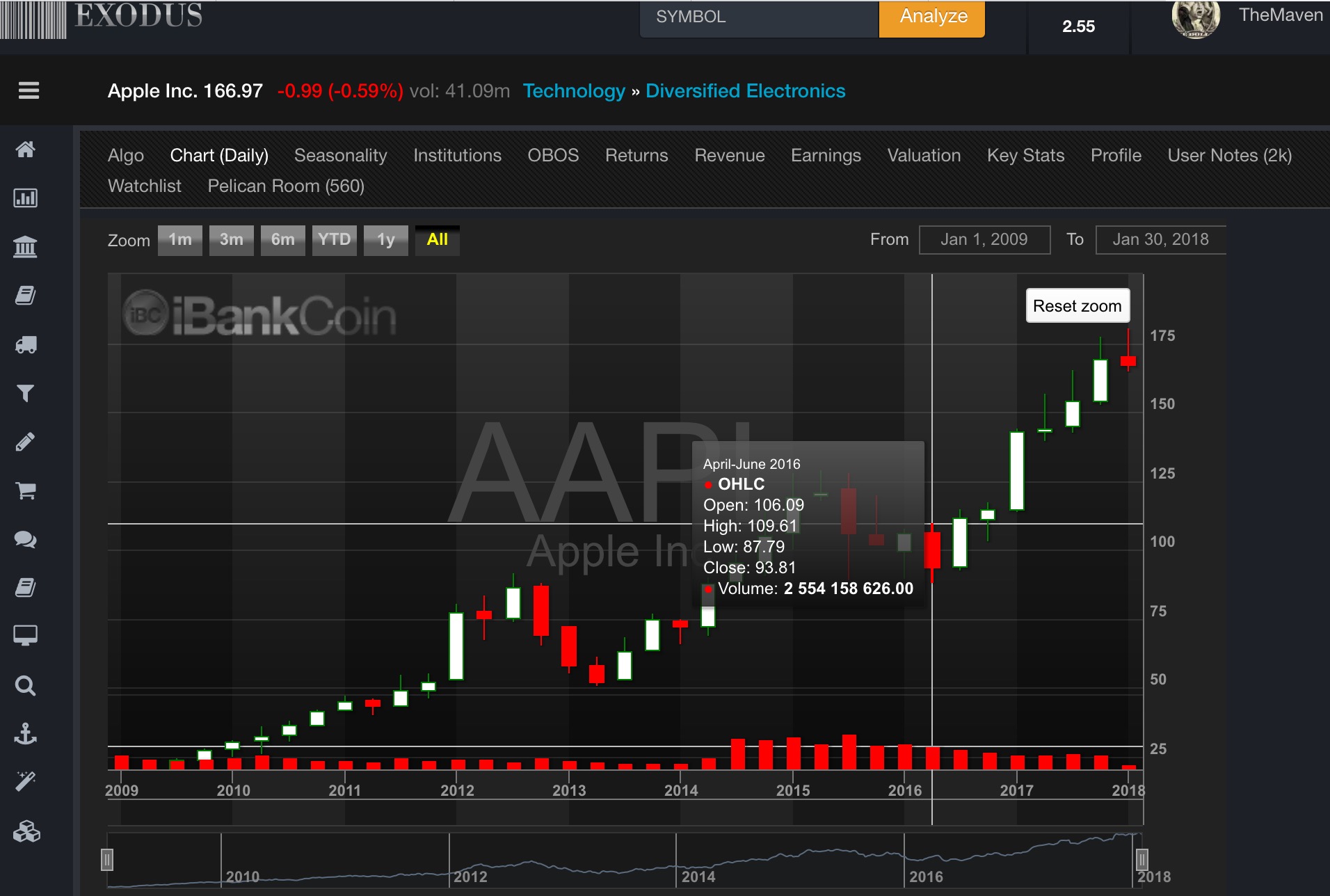 Let’s see if I am right. Again.

In other news, The Unofficial SOTU Response from self-described “national socialist” (?) Bernie Sanders dissolved mid-speech and went offline for three minutes, a more perfect metaphore would be difficult to create. Perhaps Comrade Bernie hired a few DREAMers as his crack I.T. Staff.

And what puts a smile on my face the first thing in the morning like a new meme-worthy SOTU rebuttal that makes one forget all about Marco Rubio’s lunging for a bottle of spring water. BEHOLD Drooling Joe Kennedy. This ain’t your granddaddy’s Kennedy Klan.