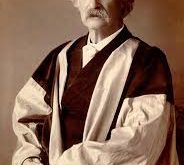 The “Progressives” in this country are fascists, and they must be brought into the sunlight and exposed. People are jumping up and down about Trump (and Lord knows they should be) but I smell something more sinister even than the Bloviating Yam. That smell is an outright assault on the First Amendment.

Samuel Clemens aka Mark Twain is one of my heroes, and I have few. Besides the obvious literary talent and spoken wit, he was a real Man’s Man and led an amazing life, though it was fraught with pain and suffering as most of his family died long before he did.

In the case of Huckleberry Finn, a mother is complaining about the use of racial slurs that have caused grievous harm to the fragile psyche of her biracial son. Speaking of biracial, is it me, or are those who do the most whining biracial? Colin Kaepernick, Shaun King, Jesse Williams and  Barack Obama immediately come to mind. People who are actually dark skinned don’t seem to be doing all the jumping up and down. Hmm.

This is the end result of the progressive agenda being taught to our children on high school and college campuses. We are raising a true Generation of Snowflakes, who must be protected from that thing called Life.

In response to a formal complaint from a parent, Accomack County Public Schools Superintendent Chris Holland said the district has appointed a committee to recommend whether the books should remain in the curriculum and stay in school libraries. District policy calls for the formation of the committee — which can include a principal, teachers and parents — when a parent formally files a complaint.

The parent, Marie Rothstein-Williams, made an emotional plea at a school board meeting Nov. 15, saying the works had disturbed her teenage son, a biracial student at Nandua High School on Virginia’s Eastern Shore.

“I’m not disputing this is great literature,” Rothstein-Williams said. “But there is (sic) so much racial slurs in there and offensive wording that you can’t get past that (sic), and right now we are a nation divided as it is.”

“A Nation Divided” – a nation divided by a major political party trotting the mothers of felons onstage at their national convention to be used as role models? 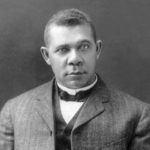 “I have never known [Mr. Clemens] to be stirred up on any one question as he was on that of the cruel treatment of the natives in the Congo Free State. In his letter to Leopold, the late King of the Belgians, in his own inimitable way he did a service in calling to the attention of the world the cruelties practiced upon the black natives of the Congo that had far-reaching results. I saw him several times in connection with his efforts to bring about reforms in the Congo Free State, and he never seemed to tire of talking on the subject and planning for better conditions.”
—North American Review (1910) 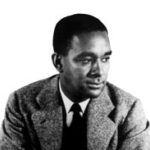 “Twain hid his conflict in satire and wept in private over the brutalities and the injustices of his civilization.”
—unpublished manuscript (c. 1935-1937)

“Jim is the best example in nineteenth-century fiction of the average Negro slave (not the tragic mulatto or noble savage), illiterate, superstitious, yet clinging to his hope for freedom, to his love for his own. And he is completely believable, whether arguing that Frenchmen should talk like people, or doing most of the work on the raft.”
—The Negro in American Fiction (1937) 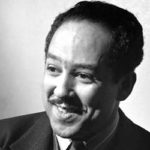 “It is this treatment of race that makes Pudd’nhead Wilson as contemporary as Little Rock, and Mark Twain as modern as Faulkner, although Twain died when Faulkner was in knee pants.”
—introduction to Twain’s Pudd’nhead Wilson (1959) 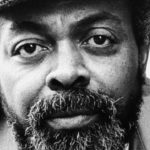 “Nobody calls Twain’s Pudd’nhead Wilson a novel of racial protest, but the comment it makes on what they call race relations is pretty strong. It’s a wild book. I’ve never seen anything so strong.”
—interview in the San Francisco Chronicle (1964) 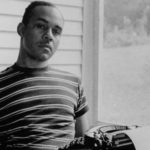 “The spoken idiom of Negro Americans, its flexibility, it musicality, its rhythms, free-wheeling diction, and metaphors, as projected in Negro American folklore, were absorbed by the creators of our great nineteenth-century literature even when the majority of blacks were still enslaved. Mark Twain celebrated it in the prose of Huckleberry Finn.”
— (1970) 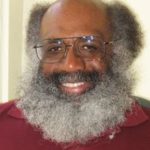 “The 1880s saw the collapse of civil rights for Blacks as well as the publication of Huckleberry Finn. This collapse was an effort to bury the combustible issues Twain raised in his novel. The nation, as well as Tom Sawyer, was deferring Jim’s Freedom in agonizing play.”
— (1996) 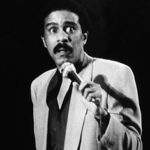 “Seriously, though, two things people throughout history have held in common are hatred and humor. I am proud that, like Mark Twain, I have been able to use humor to lessen people’s hatred.”
—on receiving first Mark Twain Prize at the Kennedy Center (1998)