Get Ready to Short LULUsers

I keep losing on this trade.  Oh well, here we go again.  I’m getting ready to short LULU.  I don’t know why I keep doing this, but I walked by the store again at Ala Moana shopping center and it just doesn’t seem like it was bumping up in there.  Yes, I stayed outside.  I wouldn’t want to be caught in there.  Next door to Lulu Althletica is True Religion.  Yeah, let’s go ahead and short that one too for the long run.

Verdict:  short LULU to 35, short TRLG to the teens.  Just watch, I’ll get it right this time.

Meanwhile, I had a crazy weekend.  I was a guest speaker this past weekend so I used up a lot of time preparing my part.  I don’t like talking in front of large audiences, but I had no way out.  So, basically I had to shut off my stock trading center in my brain.  I envy you people who can stand in front of an audience and be yourself.  I always end up talking too fast and my voice cracks and all that stuff.  So yeah, that’s how my weekend went.  It also ended a little awkward.  I was matched up with three girls on three different occassions.  Lately with all these crazy stuff going on in my life, I guess they’re trying to be helpful.  I don’t know, I kind of like being single again, but at least things are getting interesting.  Well, whatevers clevers.  As long as she doesn’t weaer LULU stuff or $300 True Relgion Jeans because that would just be a conflict of interest.  Stocks first, women second!

END_OF_DOCUMENT_TOKEN_TO_BE_REPLACED

Keep an Eye on Energy, Gold and Tech, or Else

These 3 sectors are where all the action is at!

Looking for a speculative play worth riding the momentum?…. 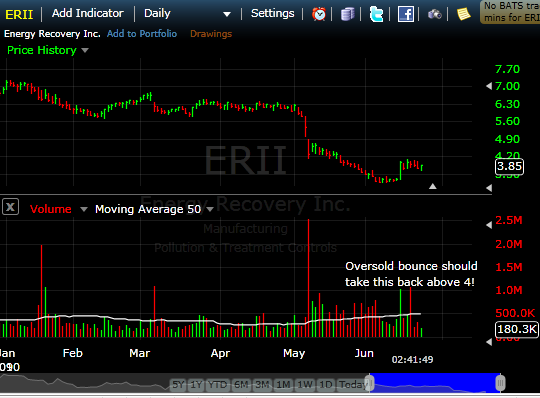 If you believe the market goes higher, then add JBL to your longs.  It’s up 10% today, on massive volume. 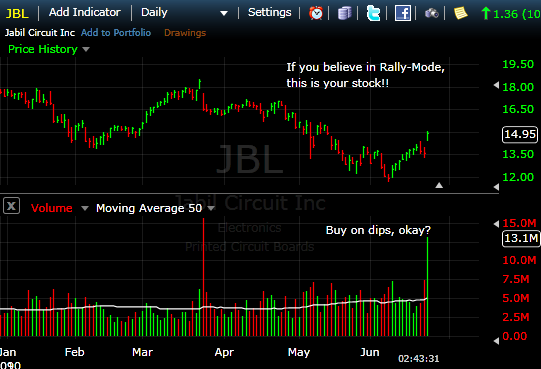 Lots of good short setups in the energy sector.  Right now I like this rebound on PCX, gets us a better price. 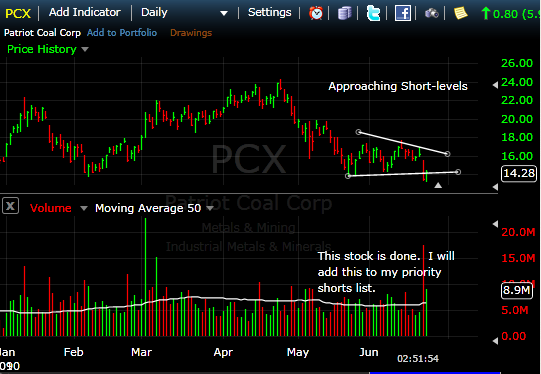 (Aw darn it, my phone just got wet!  Buttons are not working.  )

Anyway, like I was saying, you should really think about diversifying your portfolio into these sectors.  Although the market overall is on a treadmill, many stocks within these sectors have definite and conspicuous trends.  Shoot, I gotta fix this dumb phone.

END_OF_DOCUMENT_TOKEN_TO_BE_REPLACED

USA at the buzzer!

END_OF_DOCUMENT_TOKEN_TO_BE_REPLACED

Confusing Tape, Must Be the World Cup 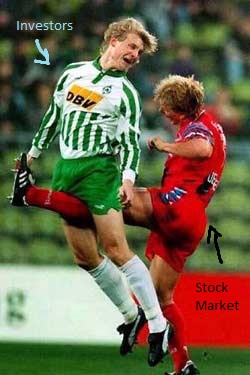 I just can’t get a good read on this tape!  These past few trading weeks have sent me all over the place.  Part of me thinks we will have a big rally at the end of the week, the other part of me thinks we get a sudden drop.  It was only at the beginning of last week that I was leaning bearish, but after a fail on the follow-through for selling, I switched to being on the long side, and now we get an steady decline intraday today.  I haven’t seen this spin cycle market in a long time.

That means I’m left with going with those odd pair trades.  For now I’m sticking with long term bearish, short term bullish.  How that paradox works will be a mystery, but it works.  I already have my trades set for tomorrow. 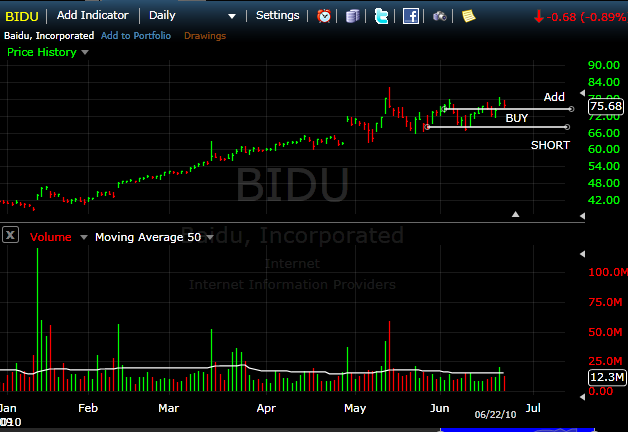 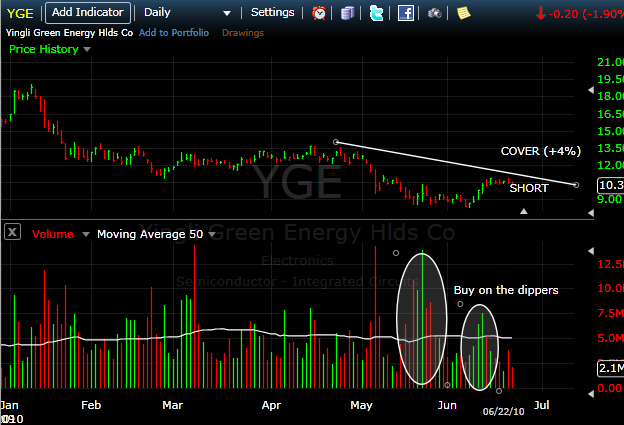 Meanwhile, anyone else out there watching the World Cup.  Unfortunately, here in Hawaii the games play like at 2am and I try to watch as much as I can.  And, it’s real hard to stay up since most of these matches end up in 0-0 ties.  Of course you got to root for U.S., since everyone hates them and thinks they should stick to our own Football.  If they win or tie this next match they should move on to the 16, and depending on their matchup they could probably go to the top 8.  I’m actually a Spain fan, but I wouldn’t mind seeing US beat them again.  Haha!  Biggest disappointments so far is the entire England squad, Messi, Cristiano Ronaldo, Italy’s offense and France.  I have friends in all these countries, so it’s fun talking international trash (thank goodness for Skype!).

END_OF_DOCUMENT_TOKEN_TO_BE_REPLACED 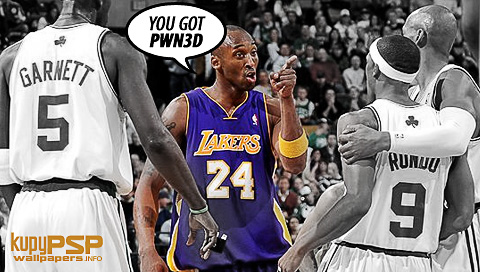 First off, congrats to the Lakers!  It was a great season battling with all the Laker haters.  I’ve never been around so many Laker haters before… at the gym, at the fair, at the movies etc etc.   Everyone was riding the Thunder.  Then when they lost, they road with the Jazz… then Suns  … then the entire East side.   I don’t know what to say….

So anyway, you all know how big a fan I am so I’m going to reward myself today.  Get me a shirt or something.  I’m trying to think of a competition where I can give out a prize to a fellow fan, hmmm, I’ll let you know.

My friend (who is also a Laker Hater) just gave birth this morning.  Premature… but she was watching the game at the hospital so I think she got too excited and the thing popped out.  Or something like that, I don’t know how all that works.  And by the way, to all the people that sent me “congratulation” direct messages on twitter, for the record, that “Baby has arrived” tweet is NOT my baby.  I should have been more specific.  Besides, I’m little more careful.  Do you have any idea how expensive it is to take care of those?

Welcome to the world Benjamin!  (that’s the baby’s name, he’s a Laker fan)

END_OF_DOCUMENT_TOKEN_TO_BE_REPLACED

CBOU Caribou Looks Toppy, GFIG About to Take Off

I don’t know why it is taking the rest of the coffee stocks to retreat, but GMCR’s selling period (ongoing since May) is a bad sign to get long toppy coffee stocks.  PEET is about to reenter shorting range, but for a higher risk/reward play I have the young caribou, CBOU.  I’m just hoping that the rotation out of this caffeine sector is not that much longer than I thought. 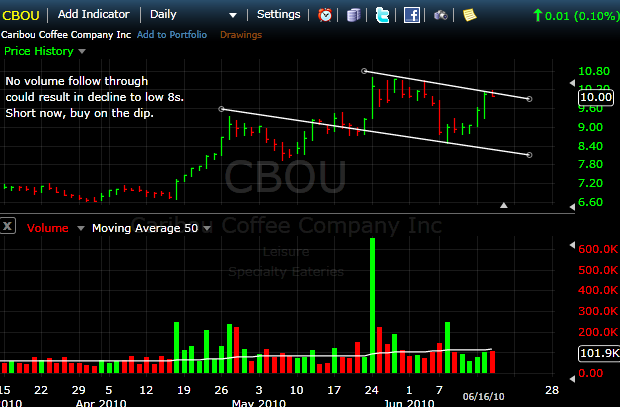 Another key sector to keep an eye on are the Exchange Stocks.  For example, CME, aka, The Merc Boss, is just filled with strong holders, and hence, refuses to fall.  Then you have positive signs like mergers and IPOs within the industry, which tells you money is flowing in, as well as speculative buyers.  So, for a speculative play, I have GFIG as a long term buy.  I’ll be getting in probably at the end of the week. 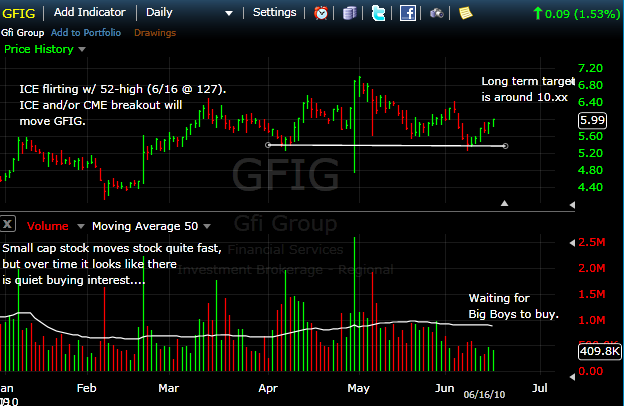