And he shows them, pearly whites.

Sirona Dental Systems, Inc. [[siro]] cleared 34 spot. Volume picking up. Get in for the pop, get your teeth knocked out. 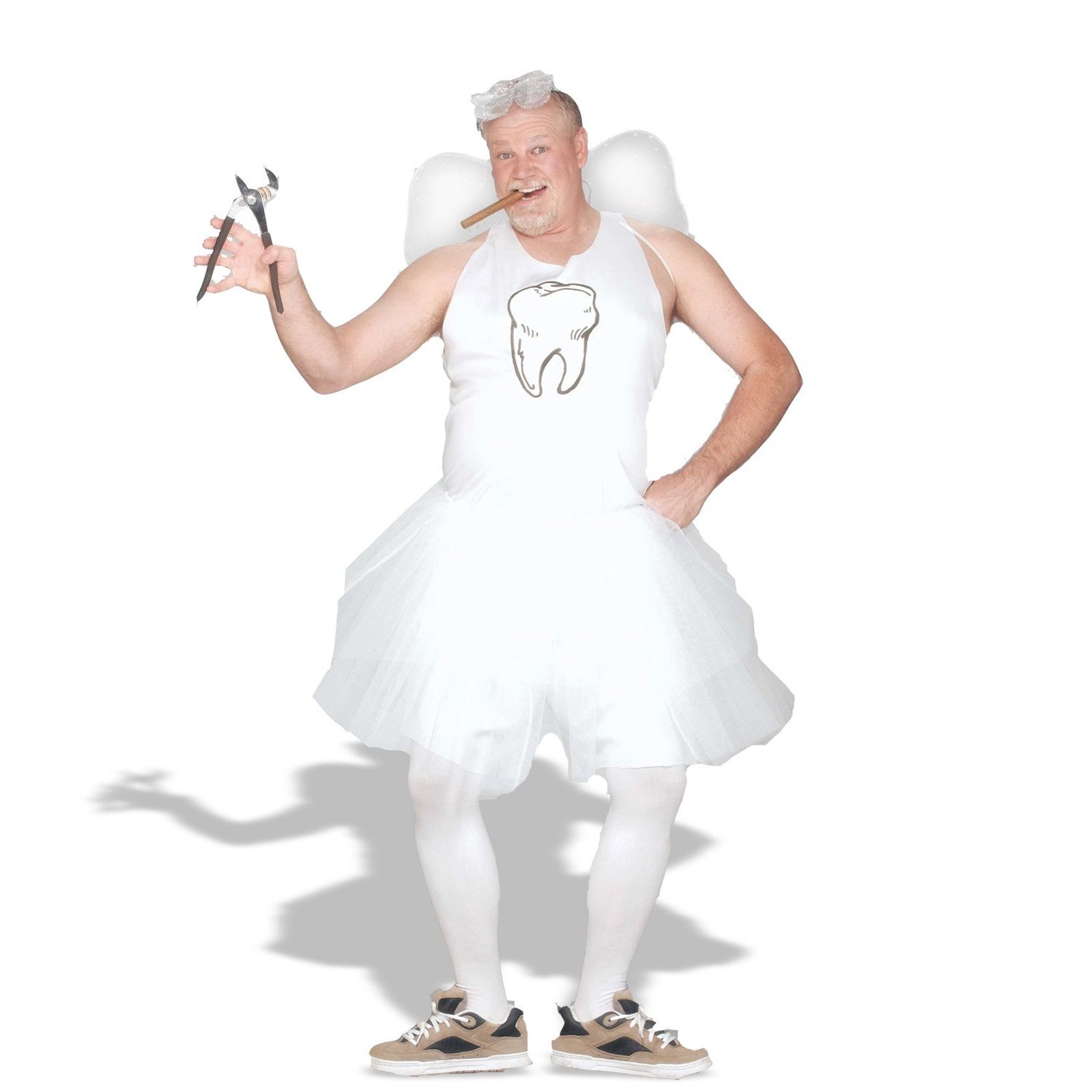 END_OF_DOCUMENT_TOKEN_TO_BE_REPLACED

From a technical point of view, our chances for GAME heading to the single digits are quite high. There’s no need to rush this entry. As a trader, you don’t really like today’s intraday chart, however to be fair there were some China-Google related news that may have had some investors selling anything China/Net related. We have to be patient here though, GAME is not just going to explode just because it’s buying up small gaming firms. For us to get a nice trade like Perfect World (PWRD), we need more momentum. It’s still a good industry.

END_OF_DOCUMENT_TOKEN_TO_BE_REPLACED

The internet story is probably on chapter 17 now, but in China, I think we would be around chapter 3.  There’s still a lot of potential revenue to be tapped there, and with limited access to information in companies in the world’s most populous country, there’s much left to the imagination.  So I let mine run wild…

Shanda Interactive Entertainment Ltd ADR [[snda]] is probably a stock you know about already, maybe not that much, just that you hear a lot of aggressive players talk about it.  What’s to know about SNDA in 2010 is that they are now grown up and their role in the online gaming world is changing. Their recent birth of [[game]] opens a new way for investors to take advantage of the immensely popular online games that are revenue giants in Asia. GAME’s game portfolio should grow, and there’s rumors that some of these MMPORG games will be available on some mobile phones. That’s not too hard to believe, now that you have phones like the Nexus 1 that sports a 1 Gigahertz processor (dayyyyym). For now, GAME looks to bank on two major games… “Bubble Fighter” which is popular in Korea, and has all the rights to the “Mir Fighter” saga. Have you seen these internet cafes in Asia?! I have. Talk about addiction. It’s like crack with these kids. And probably has the revenue of a dealer too. :/

END_OF_DOCUMENT_TOKEN_TO_BE_REPLACED

3. 3Tera Inc. – Before You Reach the Stars, You Need to Get Through the Clouds

2010 offers a lot of new innovations and exciting products in the technology field.  However, rather than focusing too much on looks, ergonomics, and other style inflationary attributes, companies have to look for efficiency and cost effectiveness.  Look… CEOs across the country are looking at their market forecast, and its cloudy.  But hey, clouds are good, especially for companies looking to update their IT infrastructure.  Enter Cloud Computing.  I’ve spoke of this software engineering concept before, but I’m sure we’ll begin to see more Cloud-Computing applications this year as companies look for cheaper ways to expand bandwith, data-usage… basically anyway they can work faster, harder, stronger, and cheaper.  Don’t worry if you’re not too familiar with Cloud Computing, I’m still getting acquainted with the concept.  But for now, all you need to know is that Cloud Computing is like renting storage and data from datacenters, almost dynamically to fit the needs of a company as their usage expands and contracts.  It’s almost like utilities for computing.  Think of an electricity utility grid.  Everyone shares electricity, and you access it via powerplants all over the country.

Amazon is probably credited for pioneering Cloud Computing, but a relatively tiny company called 3Tera Inc. is drawing a lot of attention from the big boys.   Why?  Because they’re trying to standardize Cloud Computing, much in the way you see the WWW standardized, or for you electricians how the IEEE is standardized.  Of course, just as Sony didn’t want Blu-Ray technology to be standardized, Amazon doesn’t want to either for fear of losing customers.  Very interesting… 3Tera bossing Amazon around?  Lol.  Regardless of how things settle, just know that whenever you have arguments over standardization, then you know that the product is new and is in demand.  Hint:  $

Anyway, since you can’t buy stock in 3Tera Inc, just keep an eye out and wait for them to go public.  I’m just speculating here, but it’s hard not too when you’re head is in the clouds.  In the meantime, I believe Google’s old server provider, Rackable Systems, now known as Silicon Graphics Internation (SGI) on the stock market (trading near 52-hi), is  a good way to invest in Cloud Computing.   You may not know it, but you may already be exposed to Cloud Computing.  If you ordered from Amazon.com then you’re supporting it, and if you use Google Apps like me, then you’re exposed to it.  Shoot, it’s everywhere.  Probably the biggest application that Google plans on using Cloud Computing is in their “Google Voice” project… Google’s version of Skype.  (Uh oh, look out mobile phones!).  As a graduate of computer science, I’m excited to see the development of Cloud Computing… to think, that 5 years ago we haven’t really discussed it in class, and now it will be something for the professors to talk about.

END_OF_DOCUMENT_TOKEN_TO_BE_REPLACED

Get a new phone

Ready, set go!  Twenty-Ten is the year of the mobile phone.  The past ten years have been all but a test period, now is the time we will see some pretty awesome phones.  iPhone of the West and Nokia of the East have pretty much pioneered the way and I can’t wait to see what all the other companies have been hiding in their pipelines.  Now I can see why Fly has been promoting the sector quite a lot in The PPT since last fall.  Here are some great phones on the market right now that are here to excite you (and bring you up to conversation with the rest of the world)…

3.  Google Nexus One:  Wow, HTC makes  a phone that looks… just like an iPhone.  Lol.  I think the key difference here is that HTC’s processor is by Qualcomm, and that it runs Flash.  So, if you’ve ever had the chance to browse the internet on the Nexus One, then you’ll see it’s more of a true internet experience.  Remember, 80% of video media on the internet is via Flash.  However, of that 80%, half of that is ads!  LOL.  So, it’s good and bad.  Anyway, if you got to Google.com, you’ll notice they have no problem advertising the Nexus 1.  My question is, why is Google partnering with HTC?  Anyway, for now, I’ll say it’s a nice alternative to the iPhone 3GS, but still, why would you want to forgoe the iPhone?   Stocks:  GOOG, ADBE, QCOM

2. iPhone 3GS:   basically just like the original iPhone 3g, but the letter “s” now moves you into elite territory with new features like video, digital compass, voice control, and 3 more hours of battery life.  You know what that means… more time for you to update your FaceBook.  And its twice as fast, so now you can make all the regular iPhone owners your slaves.  Unfortunately, you’re stuck with AT&T.   Stocks:  AAPL

1.  Nokia N900-  Ah!  This is why you would not buy an iPhone.  If you’re into multimedia and crisp clear video, and a qwterty board, then the Nokia N900 is your phone.  It really wasn’t meant to be a phone from what I heard, but a “touch tablet.”  Whatevers… it’s nice.  Currently I’m testing one out, and the software is amazing.  The apps are straight forward, processor runs at about 600 mhz, and watching video on it is impressive.  They go for about 700 on ebay right now, so don’t go and blow your money on it just yet.  Other features that are top in its class are a 5 mp Carl Zeiss camera, 3G network unlocked, and 32 GB storage.  Stocks:  NOK

Other mobile-related stocks to keep an eye out on:  MVIS, NTES (yup yup!)

END_OF_DOCUMENT_TOKEN_TO_BE_REPLACED

PEET had an interesting day today.  Ran up over a buck, then came back down to where it opened.  Looks like my speculation is playing out-  PEET is growing into a trader stock.  Market cap under 500M makes it great to trade intraday.