Dip Buyer’s Dilemma: Identifying the Waterfall Trades to be Filtered

Be sure to take a look at the introductory post here: Dip Buyer’s Dilemma: Sometimes You Buy the Waterfall

The system I am applying the filter to is a simple breadth system which uses the percent rank of the number of declining issues to generate a number between 0 and 100. When the number is greater than 80, it buys $SPY. To keep things simple, each trade has a time exit of 10 days. All buys and sells are made on the close of the day of the buy/sell signal.

Here is how the system has performed over the entire $SPY history: 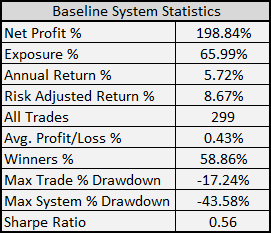 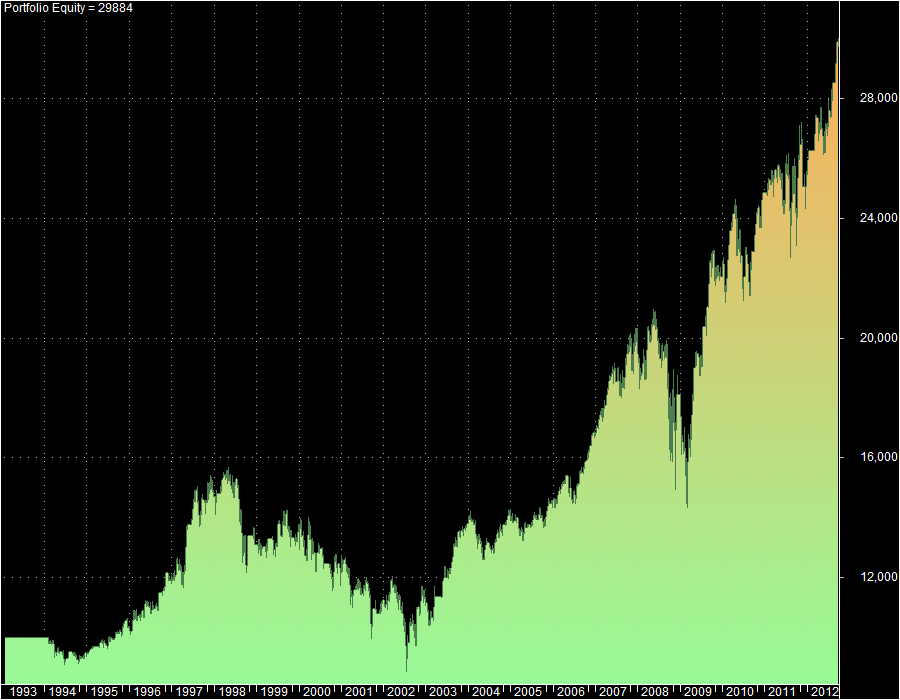 The system has performed well over the last decade.

What we want to see after the filters are applied are that these trades are filtered out. To avoid being overwhelmed by information, I’m going to start the system at 1.1.2007 and not consider all $SPY history. 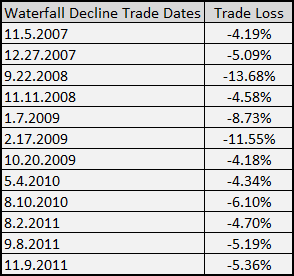 The list above is not a definitive list of large market pullbacks or corrections since 2007, only the dates of trades made by the system that lost 4% or more.

I want to emphasize that the system avoided some waterfall events simply because of the nature of the system. However, the system did catch some of the classic Armageddon trades during the 2008-2009 bear market, and they are easily visible in the equity curve.

The next post will show the results of adding the first filter, which will be a lower Bollinger Band using a 50 day mean and a width of 2 standard deviations. I honestly have no idea if it will filter out some of the waterfall trades, but it is one of my favorite abnormal market type filters. I am 100% certain though that even if it does filter out some of the trades, overall performance will be worse.