Setting Up for a Shakeout? 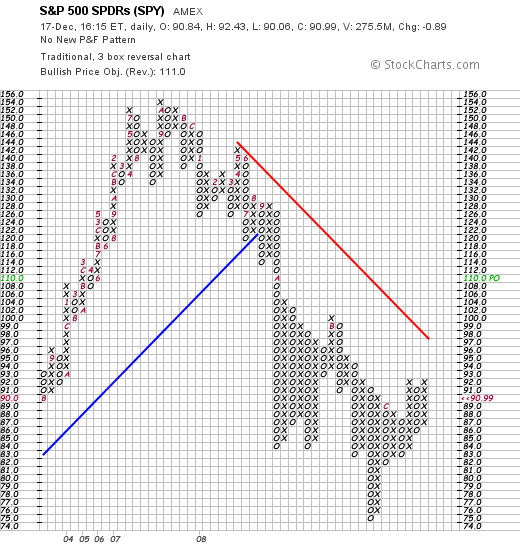 A shakeout occurs when a stock makes a double top, breaks a double bottom, and then reverses back up. When the stock breaks a triple top, the shakeout is completed. In the case of SPY, a double top has formed at 92. A double bottom break would occur below 86, at 85. The buy signal would be a reversal up to 88, and the shakeout would be completed at 93, thus paving the way for the assault on 100-plus, going into late December / early January.

It’s interesting to see a potential scenario like this unfold where the market pulls back over the next few days, shaking out the weak bulls, and then proceeds to sprint higher. This would be consistent with past history.

A market move of the magnitude like we saw yesterday, as a result of the Fed announcement, has happened four times since 1995. In every case, the market pulled back over the subsequent 1 – 4 days, holding it’s pre-announcement levels, then rallied up anywhere from several more weeks to several months.

Think I’m kidding? Look it up.