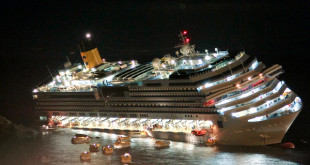 A metric ton of lobsters per week. 1600 “cheesecake lollipops” per diem. 600 lbs of french fries per evening. 6000 lbs of broccoli for a cross-atlantic sojourn. No less than 30,000 bottles of beer and 25,000 of plain old water on board. All you can swill for a paltry sum of 65 US Dollars per day.

I sincerely thank David Owen for giving us access to one window into these vessels. When I first read this scribble, I was fascinated. Who doesn’t love a story on the intricate operations of these elephantine flotillas? The scale is simply mind-boggling. Coke dispensers that wirelessly comuunicate with Atlanta. A two-lane employee highway, dubbed the 1-95. Infrared sensors that monitor the body heat radiated by the people currently eating, which then inform the community how much space is in each of the dining venues. And don’t forget “VOOM – the fastest interenet at sea”. By golly, its Silicon Valley afloat!

Fascination continued. For who isn’t curious how these dung-generators optimize? “Selling tickets for a cruise ship is an ongoing math problem,” via some wonk at McKinsey. In a recent development, Royal Carribean (RCL), leading “leisure” purveyor is not late-discounting in North America and Canada and recently extended the policy to Ireland and Britain. You can’t wait until the last minute and find a hot deal anymore. You commit and you will not be undercut. Pricing, ever the puzzle.

Musings continued. How much of the business is repeat? What is the average length of a jaunt? What is the avereage cost of a jaunt? How many bloody ships in the “fleet”? What are their assets? Do they own the boats? Or effectively bank-owned with borrowed capital? How much of revenues come from ticket sales versus onbard? (87% v 33% in the most recent Q, 73% v 27% at end of 2014 fiscal year) What is the average weight of an adult traveller? Any correlation with obesity? Is that just an impression picked up by watching some Pixar flick full of tubby cartoons sitting on deck chairs? The list goes on, dear readers. But I am not here to continue with this line of questioning at this time. For my interest in this here industry has been overshadowed by my abject disgust for these floating rape centers. If you have a small child, do note that the sexual abuse rates are nearly double what they are on land. And don’t worry, since you’re generally treading international waters, no one will be charged for said crimes. Your chances of norovirus are slimmer (not really). Roughly 172,810 passengers and crew members met VSP’s case definition for acute gastroenteritis, accounting for 0.18% of passengers and 0.15% of crew members (outbreak and nonoutbreak illnesses combined) out of ~ 73.5 million passengers sailing the seas between 2008 and 2014. Per the CDC, among cruise ship outbreaks with clinical specimens tested, 92% were caused by norovirus, with enterotoxigenic E. coli the second most common etiologic agent. All aboard motherfuckers!

I can go on and on. Black sludge. Gray sludge. Crew on crew abuse. 77 hour work weeks for staff that needs to be alert in case of emergencies. Food and utensils hidden in the galleys during health inspections. Disregard for culinary standards. Blah blah blah, no surprises here. However, I for one find their shenanigans highly offensive to the ocean, a magnificent natural wonder of mind-blowing dimension. Thus, I firmly support the demolition of every last one of these disgusting beasts.

For that I will have to picket in front of 20,000,000 willing and able “cruisers” who participate in such tomfoolery regularly. And increasingly my one-man-protest will have to go on tour. Hong Kong, Shanghai, Tianjin, Qingdao. China will represent 9% of total 2016 capacity versus 6% in 2015 for stupid Royal Caribbean. Eventually the tour will reach Latin America as well. But thanks to a 22% devaluation in the Real and uncooperative regional economic climate, the firm has nimbly shut down the lauded Pullmantur boat. After “an extensive dry-dock” —— as though it needs a rest, the piece of shit will be redelopyed in Spain under the moniker Empress of the Seas. A $400 million writedown in tow, no pun intended.

All in all, the dialectic of “progress” is keeping these fuckers alive, with the geograpic shift in revenues (see chart below). In 2005 the split was 79% domestic and 21% international. Now its closer to 50% 50%.

On a side note, I can’t help but log a retort to the CEO’s declaration:

“The millennials are an enormous market for us,” Royal Caribbean Cruises chairman and CEO Richard Fain said during an earnings call last month.

What the fuck is he talking about. No, really. No motherfucking millenial I know is dying to bask in the sun on a cruise ship. Are you fucking kidding me? I don’t give a shit about your “Weezer” cruises and what not. Millenials are simply not philosophically aligned with cruising. They do not want to “experience” life in a hermetically sealed environment. And if they don’t reproduce at the same rates as their elders, they will never be tempted by this garbagio.

That is all motherfuckers. I will leave you now with a wonderful quote from Mr. Owen: “The food was mostly stuff that not even a boarding school could get away with now: a sad-looking salad with a single cherry tomato in the center, a fish fillet as rigid as tree bark. Even so, eating and drinking were the main activities onboard.”

So offensive. In so many ways. I proudly display my bias. And have no intention of removing it EVER. For the damage done by these fuckers is unacceptable. Period. 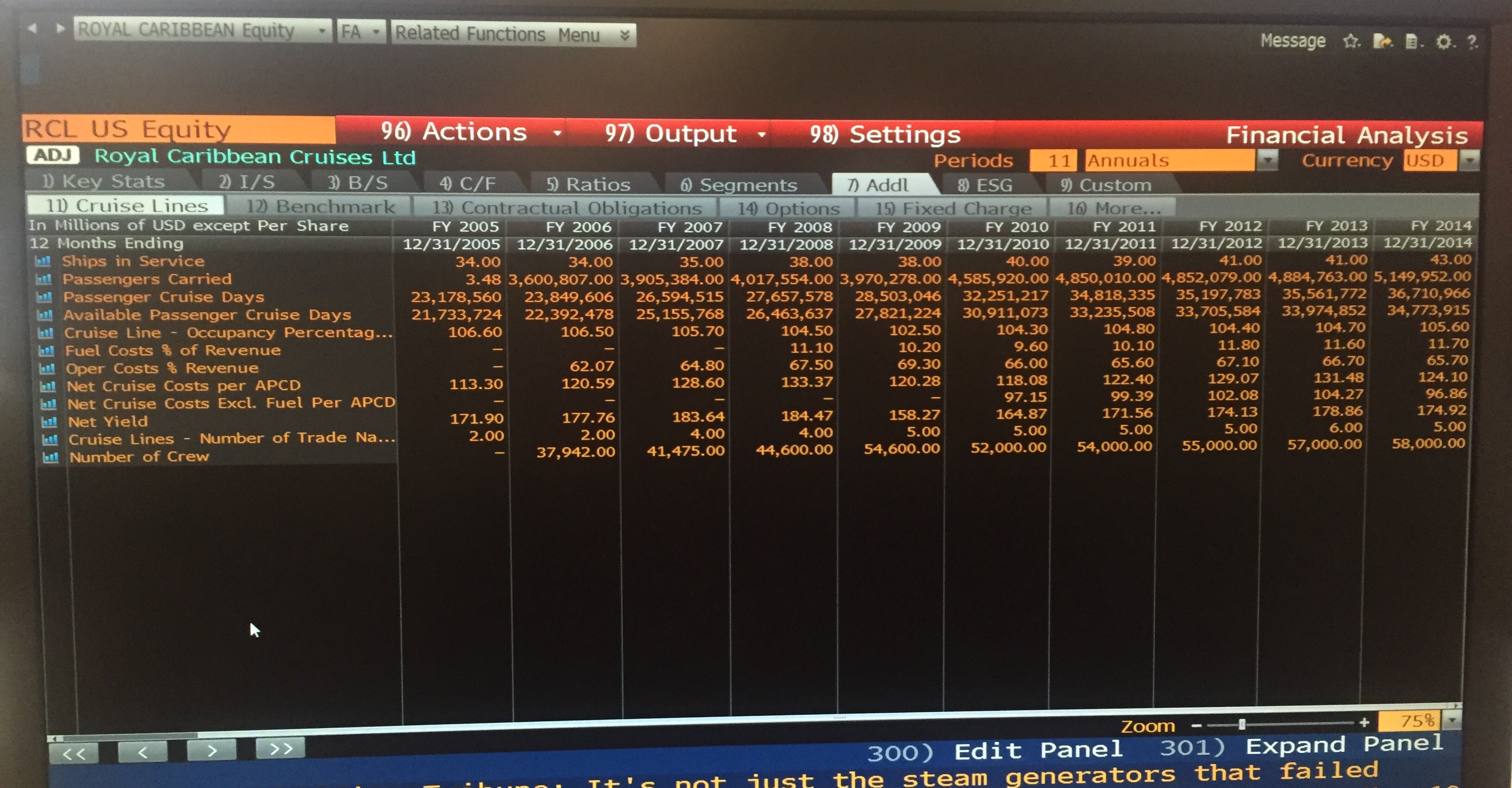