$ZNGA – REFLECTIONS FROM A HATER 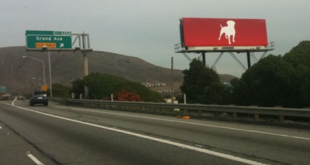 At one juncture, circa 2011, my hatred for this cabal of grifters and indirect-purveyors carpal tunnel syndrome had peaked. Not least, because I had overheard a young lass request that one of her chums tend to her “garden” while she was “away”. What an inane sprig of society, I thought. What an ungodly request. It was the “illusion of choice” in full effect. Stretched to the point of transferring responsibility to another unsuspecting netizen. To paraphrase one Dr. Ian Bogost of The Georgia Institute of Technology, these nefariously arranged pixels are a means of “offering players incentive to instrumentalize their friendships, obsess over arbitrary, timed events, buy their way out of challenge and effort, and incrementally blight their online lives through worry and dread.”

Admittedly, I was (and am) snooty with regards to the lunacy of such endeavors, despite the fact that Pincus managed to engage the hoi-polloi for a brief moment in time, en masse. What a thug.

A full five years later, I find myself trawling the deep seas for a bargain. Let us ponder the following: 0 debt, one billion in cash, and a free and clear 670,000 sq foot design-district property in a majestic city. Given that, the rest of the business is selling at somewhere between seven hudnred million and one billion dollars. The coterie of Board Members now includes not one but two big-swinging-dicks from Kleiner Perkins, as of 2013. Are you bear-shitters trying to tell ol’ JG that this here heap of dung isn’t worthy of unicorn status? Let us discuss over some Armangac and Amphora in a dimly lit parlour.

But let us first pause, and take a moment to thank the Good Lord for the departure of the dimwitted CFO David Lee (no Barclays). CFO departures can indeed be red flags. But in this here situation, we celebrate. This bufoon not only speaks in the most revolting tone, but also promotes himself to the point of telling young David Lee (Barclays) that he has a “great name” on the 3q15 call. A clever little dervish, isn’t he? I will say that Lee’s tone was a bit more subdued than usual on the 3q15 call, but the boilerplate-bullshit remianed vintage. Pincus may be be a crafty bugger, but a half-wit not. I am sure he smelled Lee’s feces from miles away. In any case, good riddance Mr. Lee.

Pincus on the other hand came to the table with candor. One got the sense that he is a steward in a difficult situation. In fact, he was actually thinking as he responsded to questions, which came from randos online as well as the street’s finest. How novel. I was pleasantly surprised that management ditched the proverbial dog and pony show of regurgitating the release in mellifluous intonations for a relatively democratic Q and A session. Thank you Lord, once again.

In listening to Pincus’s comments, I was reminded of King Digital’s presentation delivered by its ever so articulate CFO — she “speaks so well”. KING’s success has been in part a function of steely quality control. Quoting myself here from the hallowed halls of Exodus with regards to KING:

“these fckers seem different than znga, in that they don’t throw shit out and see what sticks. testbed is intricate. first they have a tournament, then given to a studio (~60 people) to develop into a sag(?), then tested in different markets under different titles with different languages, then hard launch. trades at 7x earnings, comps trade at 15x, flush with cash. i scorn the addiction model in general, but liking this slut.”

Pincus and Co. claim to be catching on, hence the delays in the two widely anticipated releases (Dawn of Titans and CSR2). Pincus explicitly states the importance of “getting it right at launch”. Will he deliver? We shall see.

I’ve had nothing but derision for this disease factory since the days of yore. Today, what I see is an operation that has battened down the hatches. It has culled titles and staff, relocated operations to mother india, made a timely prime real estate purchase (not market to market), stated it will buy back up to $200 million worth of stock, and might very well have a higher cash position at the end of 2015 as compared to 2014. Bleeding may have ceased.

Note to self: remove your bias. Stay tuned for part deux.